For the 5th day in a row a crack in the Earth's magnetosphere is allowing solar wind to reach Earth. Although a full geomagnetic storm is not required to generate auroras at this time of the year, coronal hole effects and multiple solar sector changes currently affecting Earth are fueling them. 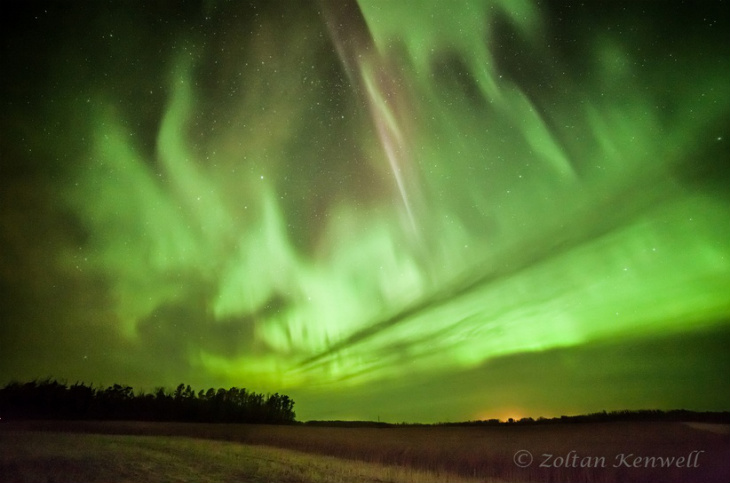 "For the third time in four days our group experienced a light show that was out of this world," reports aurora tour guide Chad Blakley from Sweden's Abisko National Park. "Last night [September 29], after several hours of stormy weather the clouds parted like curtains on a stage allowing us to see some of the strongest auroras of the season."

"If the next six months are anything like September we are going to have an amazing aurora season," says Blakely. 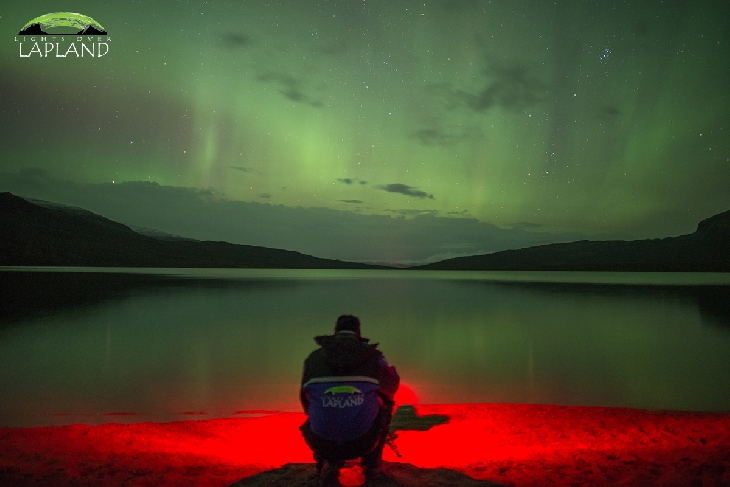 Pilot Brian Whittaker photographed the following outburst on September 30 while he was flying 10.6 km (35 000 feet) over Hudson Bay, Canada.

"A great dynamic display of bright Aurora! For many hours we watched the sky come alive, often with rapid pulses," Whittaker says. "It was mostly cloudy below, but a fantastic show at 35 000 ft." 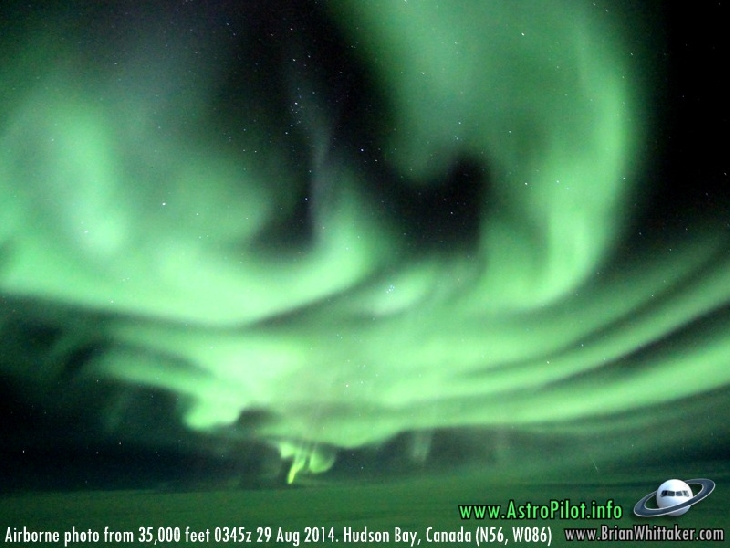 Taken by Brian Whittaker on September 30, 2014 @ Airborne at 35,000 feet over Hudson Bay, northern Canada (via SpaceWeather) 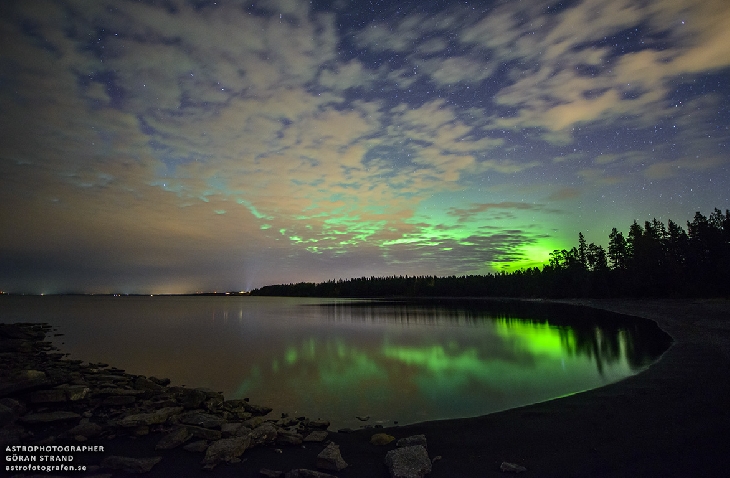 "Earth’s magnetic field is our planet’s first line of defense against the bombardment of the solar wind. This stream of plasma is launched by the Sun and travels across the Solar System, carrying its own magnetic field with it.

Depending on how the solar wind’s interplanetary magnetic field – IMF – is aligned with Earth’s magnetic field, different phenomena can arise in Earth’s immediate environment.

One well-known process is magnetic reconnection, where magnetic field lines pointing in opposite directions spontaneously break and reconnect with other nearby field lines. This redirects their plasma load into the magnetosphere, opening the door to the solar wind and allowing it to reach Earth.