Asteroid 2014 RC flew past Earth yesterday and left a warning sign in Nicaragua's capital Managua but there is another and bigger asteroid approaching our planet.

2002 CE26 is a binary asteroid consisting of a primary space rock 3.5 km in diameter and a secondary approximately one-tenth as wide. The most interesting thing is that radar data suggest the secondary space rock might have a moon of its own which, if true, would make 2002 CE26 a triple system.

NASA astronomers are pinging the system using the Goldstone radar in the Mojave desert since September 5. The Goldstone team should be able to get coarse-resolution images of the primary but echoes from the secondary will be weak and on the edge of detectability.

This asteroid should reach 14th magnitude while at favorable solar elongations, so it should be an excellent target for lightcurves which might detect the signature of at least one satellite and could help refine the orbital period. 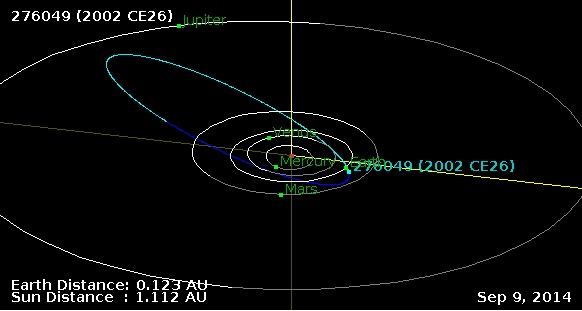 Alberto Quijano Vodniza of the University of Narino Observatory in Colombia photographed the asteroid streaking through the constellation Pegasus on September 2: 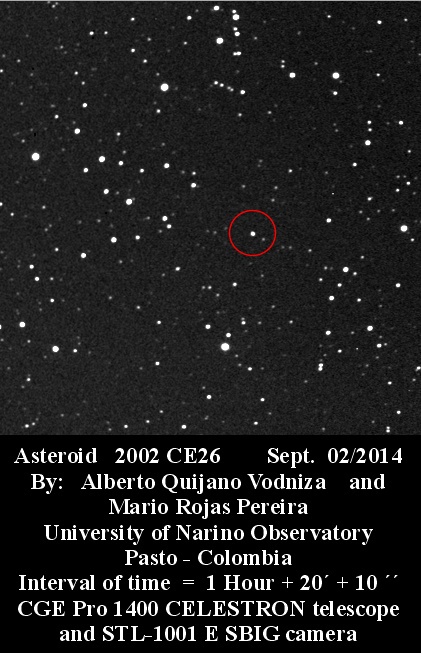