A Type II (999 km/s) and IV radio emissions as well as 10cm Radio Burst were associated with the event. Coronal Mass Ejection (CME) is visible in the LASCO C2 imagery and it appears it might deliver a glancing blow to our planet in a couple of days.

Region 2158 has 'beta-gamma-delta' magnetic configuration and is capable of producing strong to major eruption on the Sun.

NOAA SWPC forecasters estimate 75% for M-class and 30% chance for X-class solar flares in the next two days. 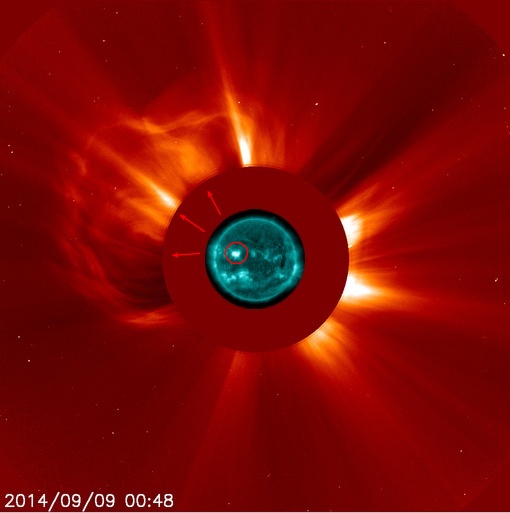 There are currently 9 numbered sunspot regions on the disk.

Region 2157 (S14E17, Ekc/beta-gamma-delta) and 2158 (N15E28, Dkc/beta-gamma-delta) remain the largest and most complex regions on the disk although Region 2158 has remained quiescent since it rotated onto the east limb last week. Region 2157 exhibited very slight penumbral decay in last 24 hours but appeared to have developed a more complex magnetic configuration.  Region 2158 showed moderate penumbral growth and exhibited a degree of magnetic sheering and mixing along its inversion line. The other regions on the visible disk were either stable or in decay. 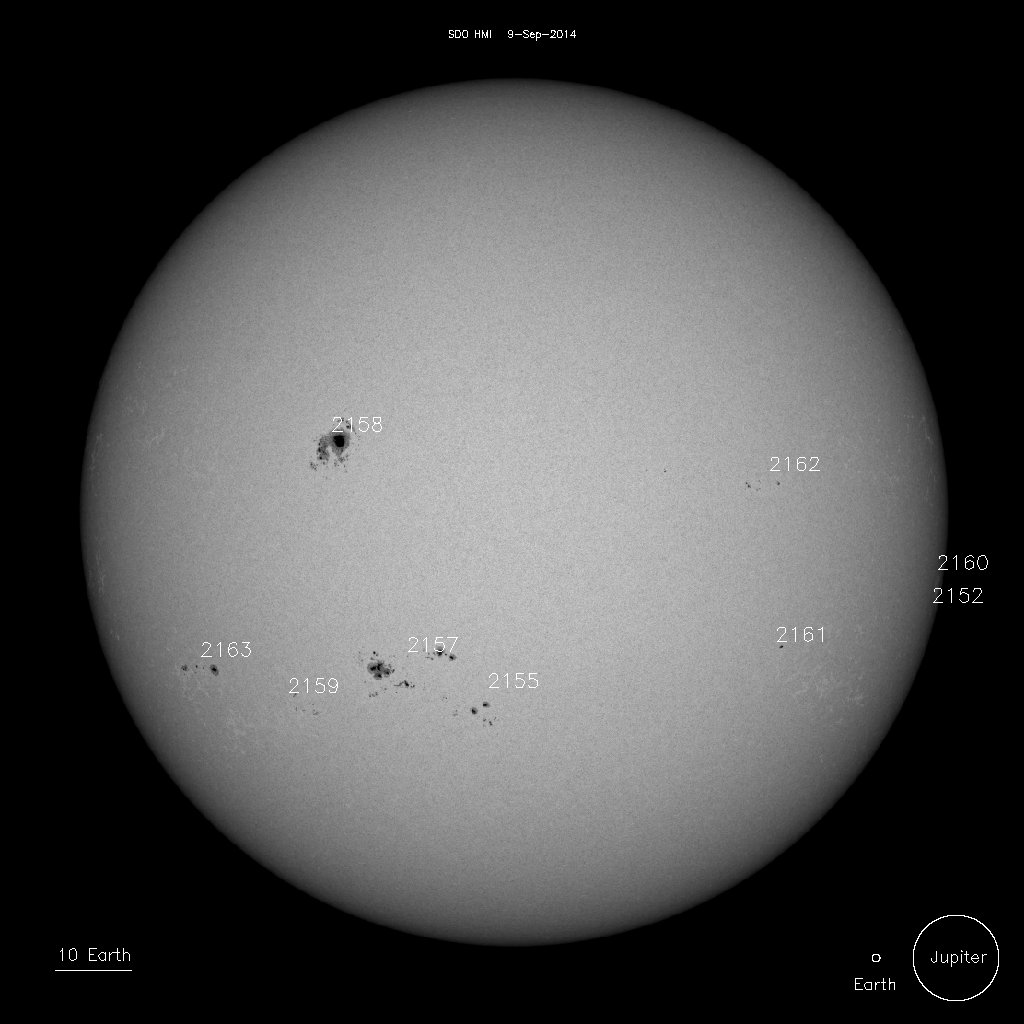