Hurricane "Iselle" weakened to a tropical storm while approaching the island of Hawaii on Thursday August 7, 2014. As a tropical storm Iselle still contained some heavy rain showers and strong winds when it hit the big island early Friday, August 8. It downed trees, caused power outages and virtually shut down the state for a day.

There were several road and highway closures and reports of damage to homes and buildings from fallen trees and strong winds, according to the Hawaii County Civil Defense Agency. There are also numerous reports of downed power lines across the island and Hawaii Electric Light has asked residents to conserve power as much as possible until further notice, LATimes reports. 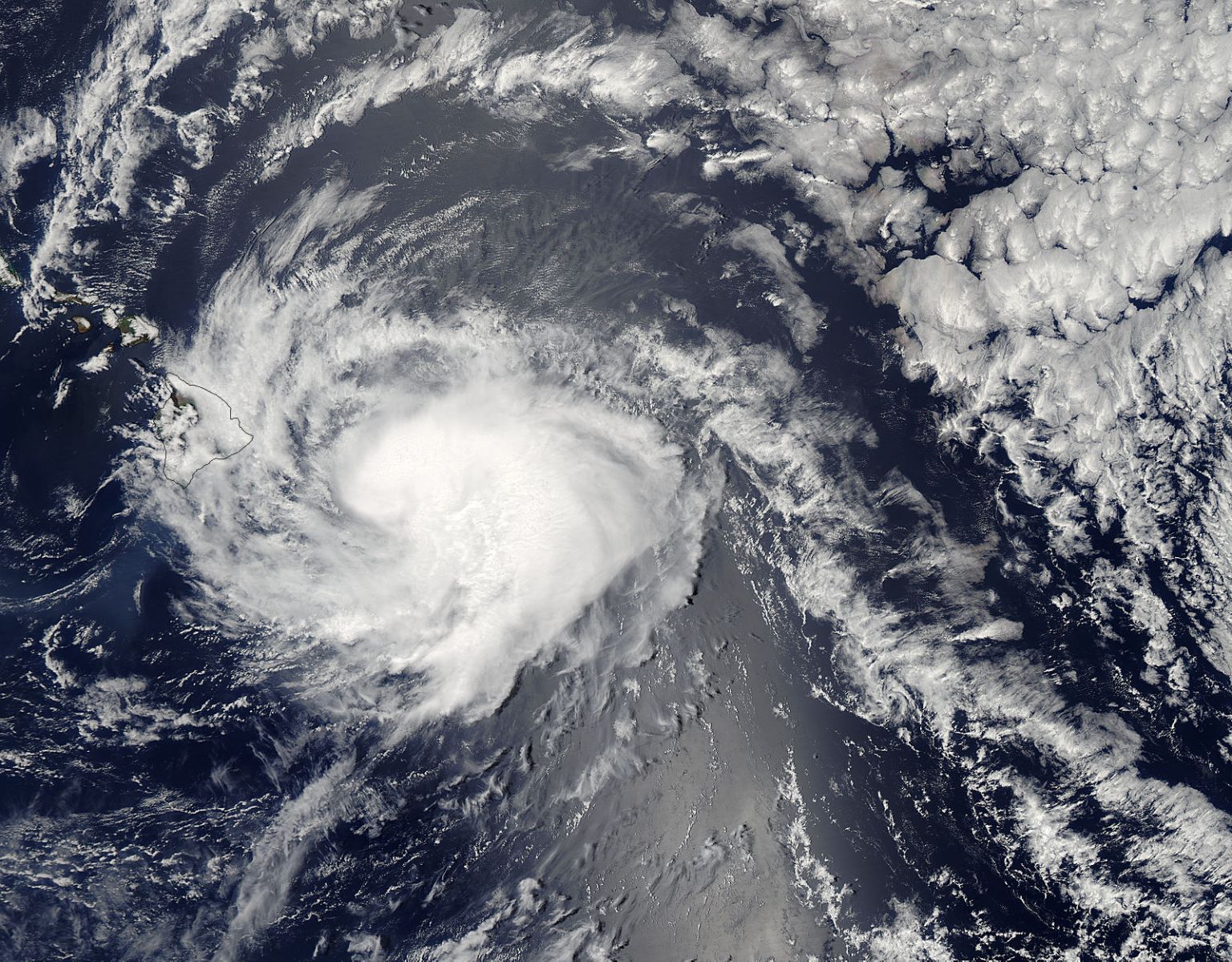 The TRMM satellite had an excellent view of tropical storm Iselle as it neared the Hawaiian islands on August 8, 2014 at 01:52 UTC (August 7 at 3:52 PM HST). A rainfall analysis from TRMM's Microwave Imager (TMI) and Precipitation Radar (PR) instruments is shown overlaid on a 02:00 UTC GOES-WEST image. 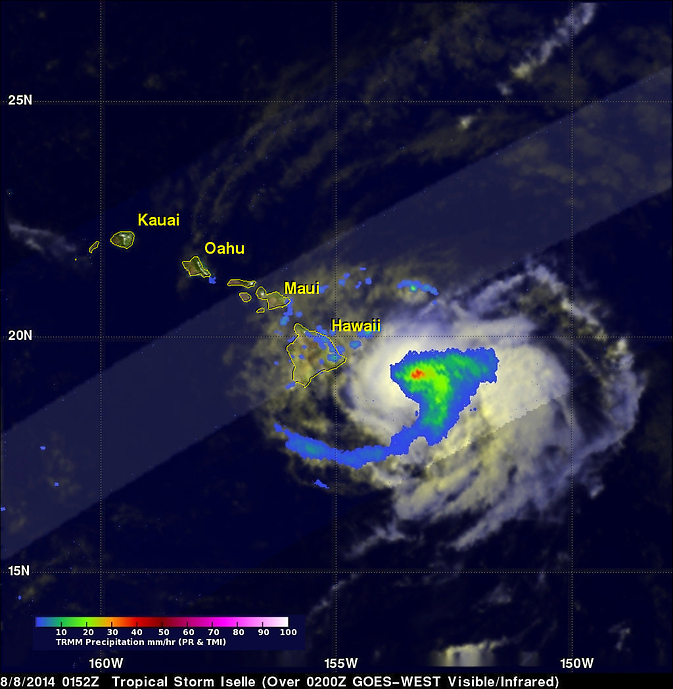 TRMM's TMI collected data showing that rain was falling at a rate of over 39 mm (1.5 inches) per hour near Iselle's center.

After crossing the island of Hawaii, Iselle is predicted to continue weakening as its center of circulation passes to the south of the other Hawaiian Islands.

Hurricane "Julio", following Iselle, also lost its strength and is expected to pass north of Hawaii on August 10, 2014, as Category 1 hurricane. 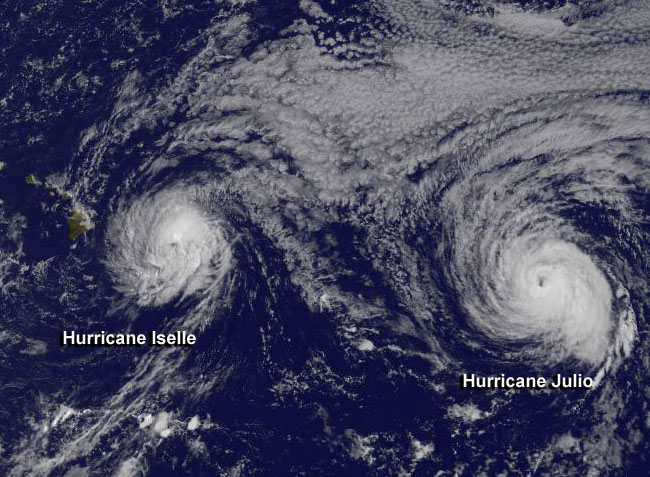