Tropical Storm "Erick" formed on July 27, 2019, as the 5th named storm of the 2019 Pacific hurricane season. Gradual strengthening is expected while moving quickly westward toward Hawaii. Hurricane strength is expected late Monday or Tuesday, July 30. While the current forecast track takes Erick south of Hawaii on August 2, the system is closely followed by another tropical system – Tropical Depression 7E. TD 7E is expected to become a hurricane on July 31 (Flossie) and possibly pass very close/make landfall over Hawaii on August 6/7.

This general motion is expected to continue for the next few days with a slight decrease in forward speed. 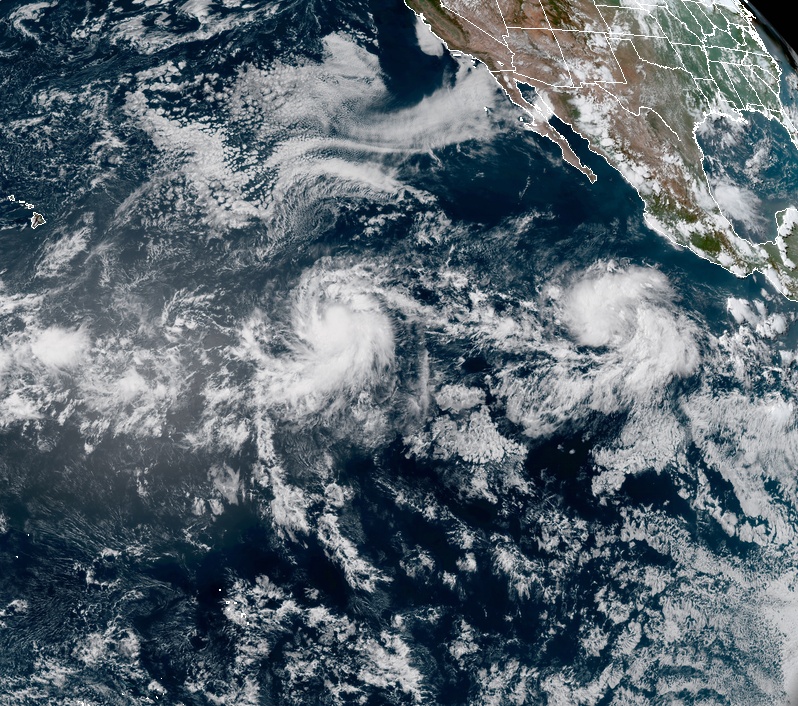 Additional strengthening is forecast, and Erick is expected to become a hurricane by late Monday or early Tuesday (HST), July 30 and a high-end Category 3 hurricane in about 72 hours.

On the forecast track, Erick is expected to cross into the Central Pacific basin Tuesday morning and move south of Hawaii on Friday, August 2. 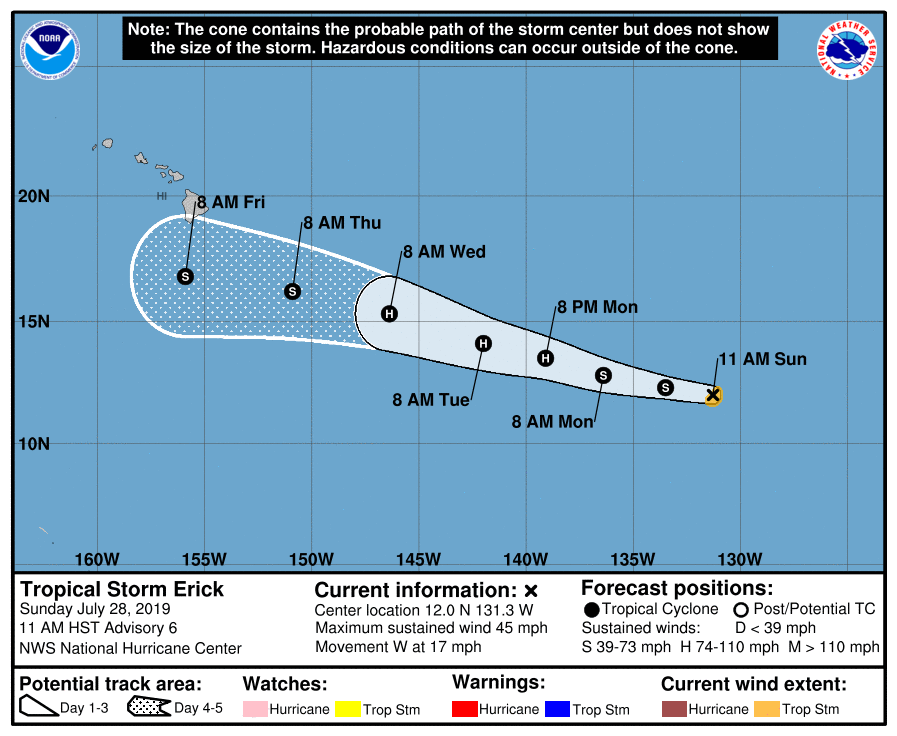 The system is closely followed by Tropical Depression 7E expected to reach tropical storm strength on Monday and hurricane on Wednesday, July 31. 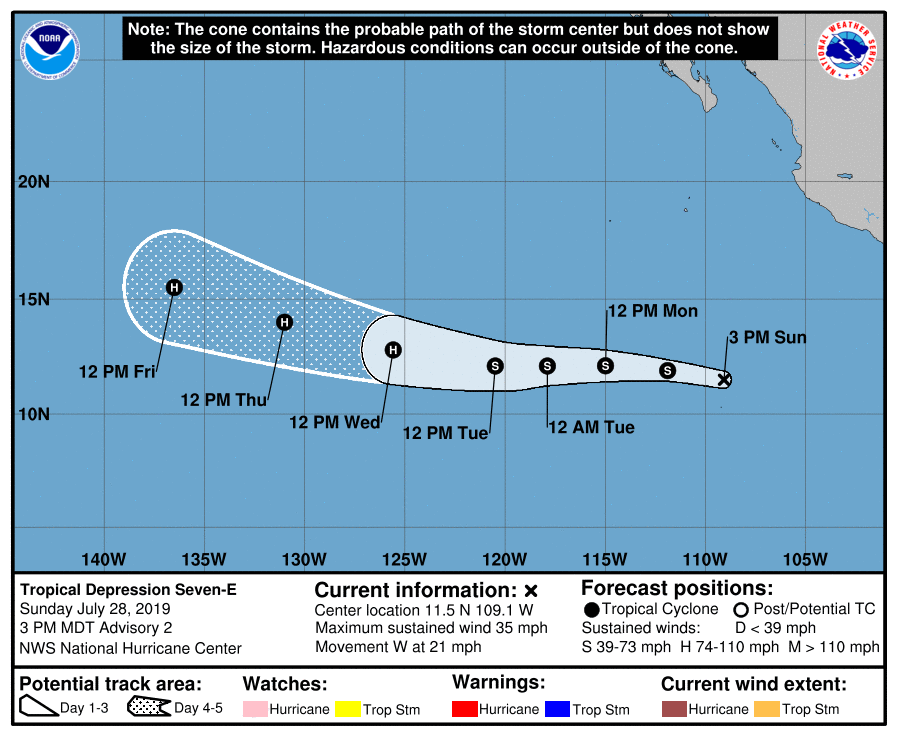 While it's still too early to be sure, TD 7E currently appears to be a much more dangerous system than Erick as it might make landfall on August 6/7 or pass just north of Hawaii.