The low-level eruption of Pavlof volcano that started on May 31, 2014, has escalated late on June 2. According to Alaska Volcano Observatory (AVO), the seismic tremor increased starting about 23:00 UTC and pilots have recently reported ash clouds to 6.7 km (22 000 ft) above sea level. Aviation color code was raised to red.

Elevated surface temperatures were detected at the summit of Pavlof volcano in satellite imagery on May 31 suggesting that the volcano was experiencing a low-level eruption with lava at the surface. A low level steam plume was visible in satellite imagery and in the FAA web camera located in Cold Bay, AVO said. A pilot reported a gas and ash plume drifting north at 2.1 – 2.4 km (7 000 to 8 000 feet) above sea level. 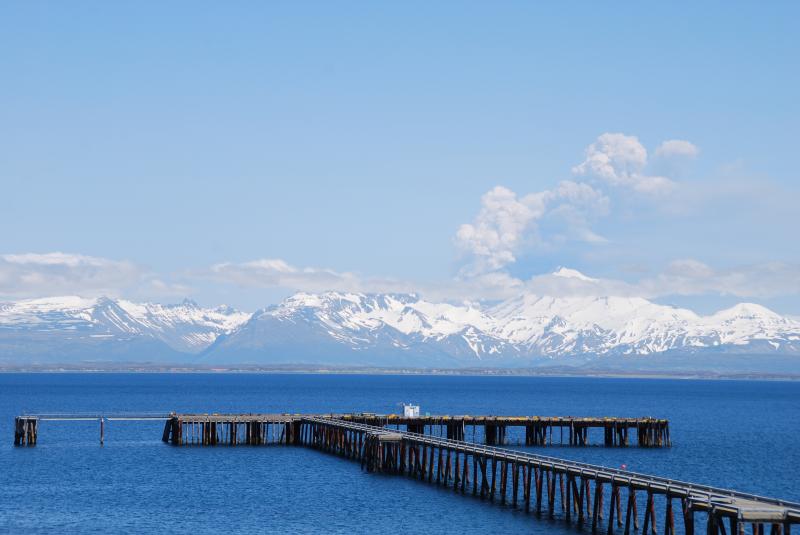 Satellite images acquired on June 2 show a plume extending over 80 km east of the volcano. 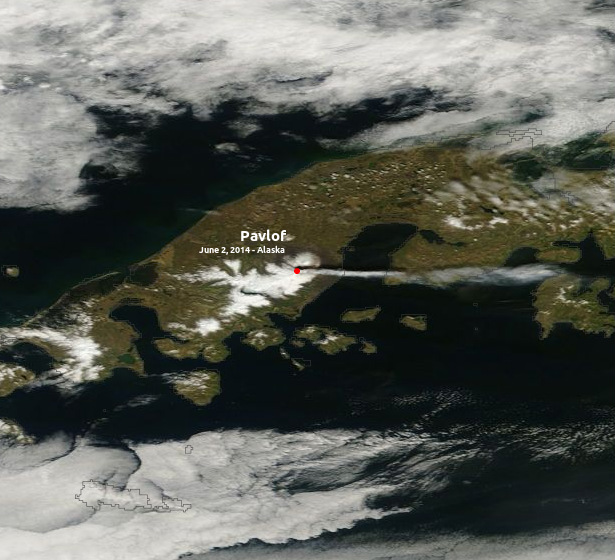 The volcano has been relatively calm since its last eruptive episode in May/June 2013.

"On August 8 AVO reported that no lava or ash emissions had been observed at Pavlof since June 26 and the volcano exhibited gradually declining levels of unrest. Seismicity was at background levels."

Unlike Pavlof Sister, Pavlof has been frequently active in historical time, typically producing strombolian to vulcanian explosive eruptions from the summit vents and occasional lava flows. The active vents lie near the summit on the north and east sides. The largest historical eruption of Pavlof took place in 1911, at the end of a 5-year-long eruptive episode. During this eruption a fissure opened on the northern flank of the volcano, ejecting large blocks and issuing lava flows. (GVP)