A week after the official start of 2014 Eastern Pacific hurricane season its first tropical depression was born southwest of Mexico. By May 23rd the system organized and strengthened into the first tropical storm of the season and was named "Amanda".

Over the next two days Amanda gained more strength and by May 25th it became category 4 hurricane with maximum sustained winds of 249 km/h (155 mph). On Saffir-Simpson Wind Hurricane Scale Amanda's maximum sustained winds were on the top end of the category 4 hurricane. This made Amanda surpass Hurricane Adolph, which formed in 2001, and become the strongest Eastern Pacific May hurricane on record.

Luckily, the system is still far away from the coastal areas and is expected to rapidly weaken over the next two days. However, Mexico's National Meteorological Service said rains associated with the storm were likely to drench much of western and central Mexico. 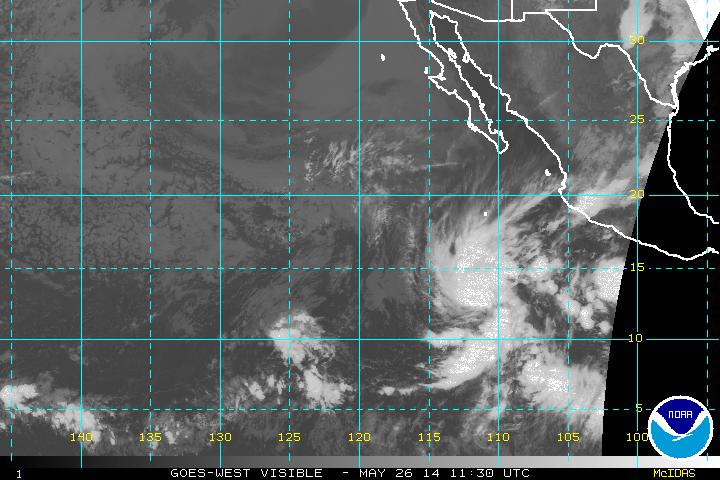 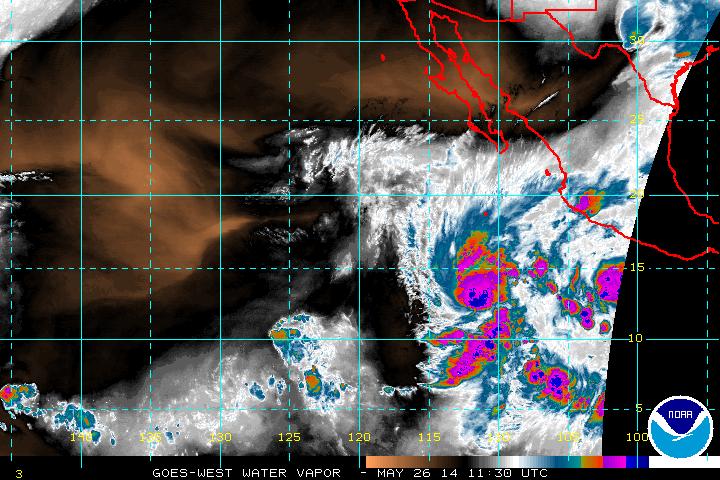 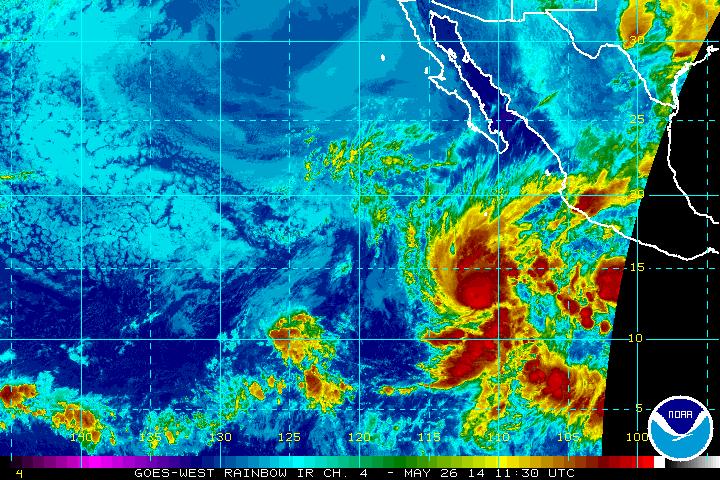 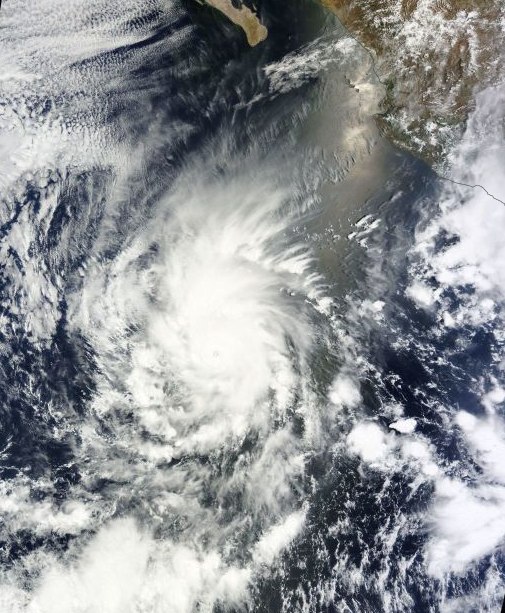 According to the NOAA NWS/NHC forecast discussion issued at 09:00 UTC today, Amanda has not changed much during the last several hours. The eye of the hurricane, although slightly ragged in appearance at times, remains evident with a ring of cold cloud tops surrounding the center.

The hurricane is expected to weaken at a rapid pace beginning later today due to the combined influences of southerly to southwesterly shear, dry air intrusion, and decreasing sea surface temperatures.

Amanda is forecast to weaken to a remnant low in 4 to 5 days, when most of the models show the low- and mid-level centers of the cyclone decoupling.