A tropical storm warning is in force today for Saipan and Tinian, Commonwealth of the Northern Mariana Islands, as Tropical Storm Tapah moves north through the Northwestern Pacific Ocean.

In addition to the tropical storm warning, a typhoon watch is in effect for Alamagan and Pagan as Tapah is expected to strengthen into a typhoon sometime on April 29 and continue in a generally northerly direction over the next couple of days.

Tapah will slowly pass through the Northern Mariana Islands and will be far enough away that the winds it brings to Guam and Rota will not be of tropical-storm strength.

Education Commissioner Rita A. Sablan announced that classes in Saipan and Tinian public schools have been canceled.

A port heavy weather condition (PHWC) Yankee is issued for the ports of Saipan and Tinian: All commercial vessels greater than or equal to 200 gross tons must depart and all inbound vessels are prohibited from entering. All cargo/bunker operations must stop. No terminal, facility, vessel or marina operations are permitted. 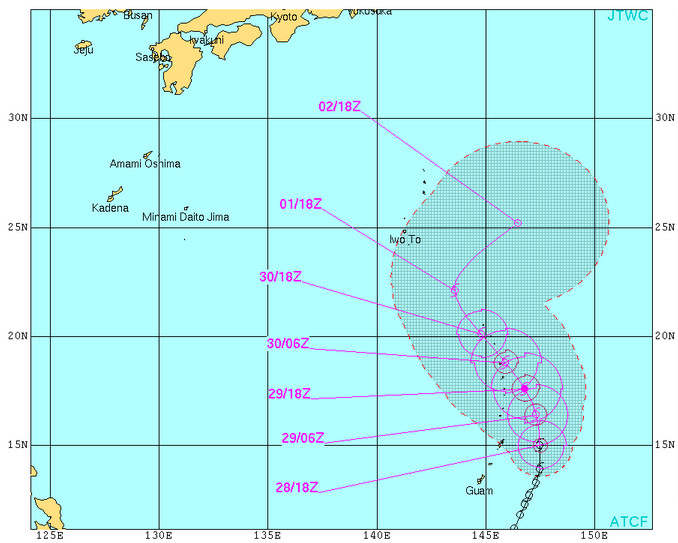 NASA-NOAA's Suomi NPP satellite captured an image of Tapah (below) as it passed overhead on April 28 at 03:21 UTC  and the VIIRS instrument aboard captured a visible image that showed an eye surrounded by bands of thunderstorms around the center of circulation, and a large band of thunderstorms wrapping around the eastern quadrant and spiraling into the center. 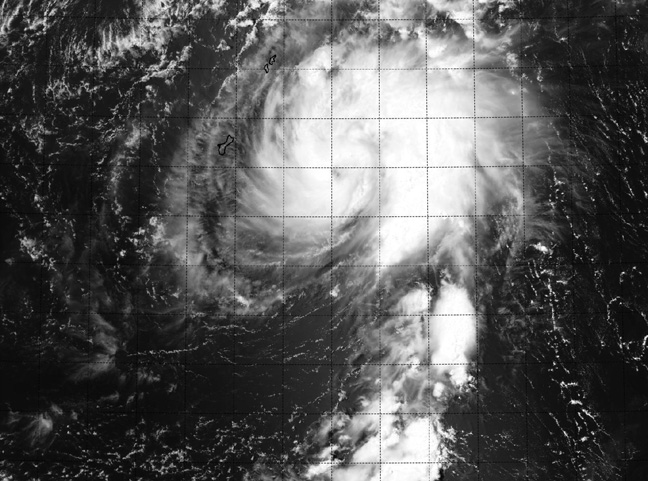 A gradual weakening trend is expected on Wednesday. 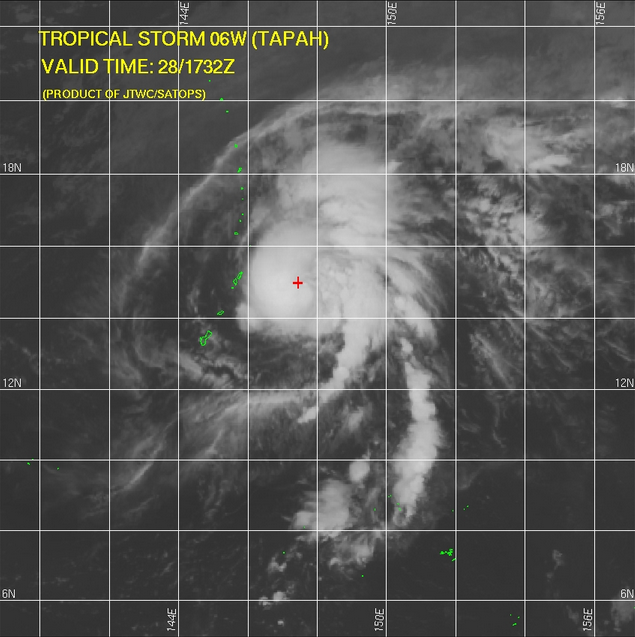