Thanks to the wealth of information stored in the Hubble data archive astronomers can make new discoveries by revisiting earlier data with new image processing techniques. This is what Rémi Soummer, of the Space Telescope Science Institute (STScI) in Baltimore, and his team recently did while on a hunt for hidden Hubble treasures.

The stars in question initially were targeted with Hubble's Near Infrared Camera and Multi-Object Spectrometer (NICMOS) based on unusual heat signatures obtained from NASA's Spitzer Space Telescope and the Infrared Astronomical Satellite that flew in 1983. The previous data provided interesting clues that dusty disks could exist around these stars. Small dust particles in the disks might scatter light and therefore make the disks visible. But when Hubble first viewed the stars between 1999 and 2006, no disks were detected in the NICMOS pictures.

Recently, with improvements in image processing, including algorithms used for face-recognition software, Soummer and his team reanalyzed the archived images and this time, they could unequivocally see the debris disks and even determine their shapes. 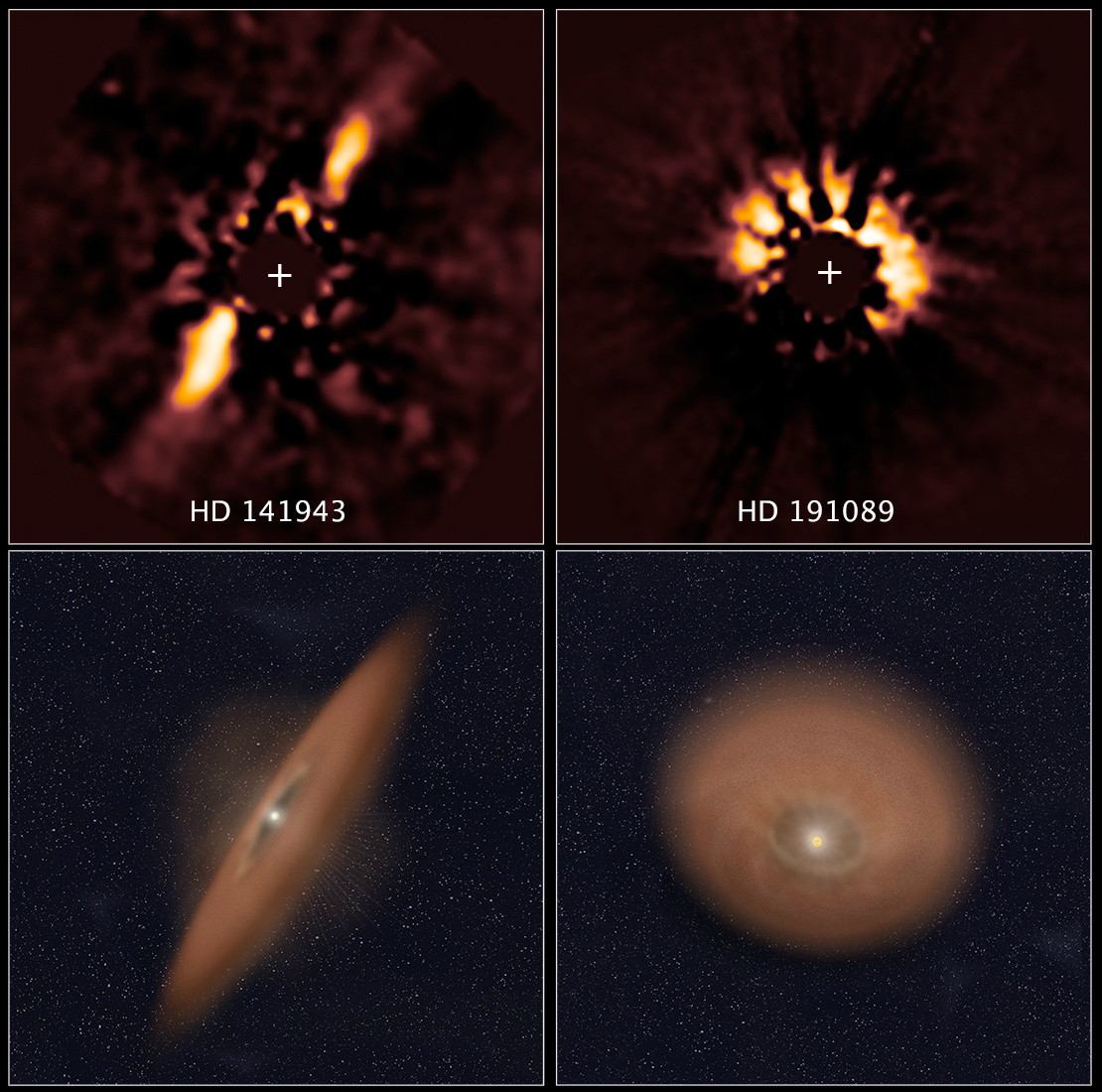 "These findings increase the number of debris disks seen in scattered light from 18 to 23. By significantly adding to the known population and by showing the variety of shapes in these new disks, Hubble can help astronomers learn more about how planetary systems form and evolve," said Soummer.

The dust in the disks is hypothesized to be produced by collisions between small planetary bodies such as asteroids. The debris disks are composed of dust particles formed from these grinding collisions. The tiniest particles are constantly blown outward by radiation pressure from the star. This means they must be replenished continuously though more collisions. This game of bumper cars was common in the solar system 4.5 billion years ago. Earth's moon and the satellite system around Pluto are considered to be collisional byproducts.

Christine Chen, debris disk expert and Soummer's team member, said one star that is particularly interesting is HD 141943. "It is an exact twin of our sun during the epoch of terrestrial planet formation in our own solar system."

Hubble found the star exhibits an asymmetrical, edge-on disk. This asymmetry could be evidence the disk is being gravitationally sculpted by the tug of one or more unseen planets.

Soummer's team has just begun its work. They next will search for structures in the disks that suggest the presence of planets.