This earthquake was felt across Northern California and as far south as San Francisco. Numerous smaller earthquakes were recorded before and after M 6.9 today.

No tsunami warnings were issued.

This region is considered seismically active, and there have been similar-sized quakes in the area with some regularity. Most of these quakes are occurring far enough out of the coast to be harmless for the coastal cities.

Overall, the population in this region resides in structures that are highly resistant to earthquake shaking, though some vulnerable structures exist. Recent earthquakes in this area have caused secondary hazards such as landslides and liquefaction that might have contributed to losses.

One EMSC reader from Eureka said: "It lasted what seemed like a long time and progressively got stronger.  The house rattled and shook quite a bit but amazingly nothing fell and the power didn't go out like the one of about the same size."

A 6.5 earthquake hit the area in 2010, snapping power lines, toppling chimneys, knocking down traffic signals, shattering windows and prompting the evacuation of at least one apartment building. 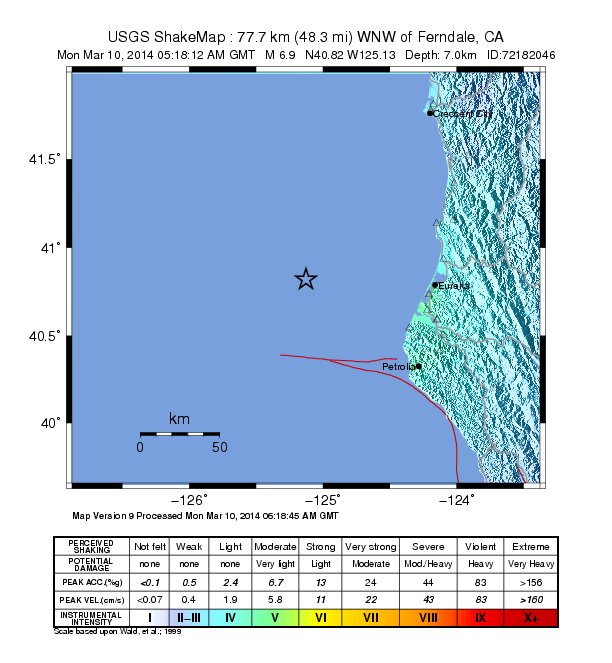 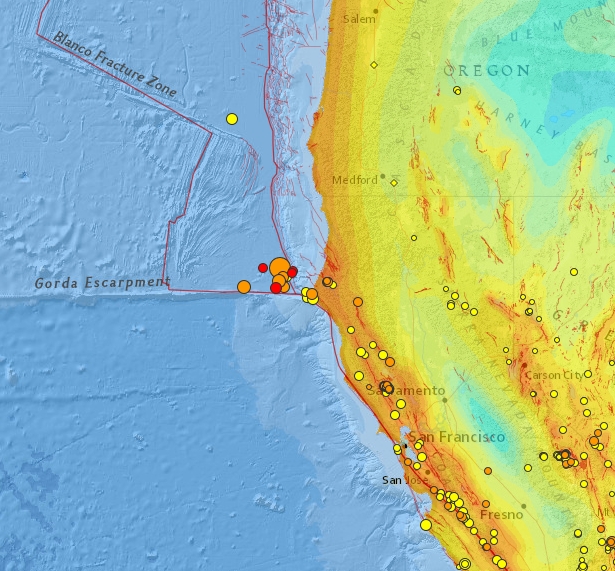