In the giant system that connects Earth to the sun, one key event happens over and over: solar material streams toward Earth and the giant magnetic bubble around Earth, the magnetosphere helps keep it at bay. The parameters, however, change: The particles streaming in could be from the constant solar wind, or perhaps from a giant cloud erupting off the sun called a coronal mass ejection, or CME. Sometimes the configuration is such that the magnetosphere blocks almost all the material, other times the connection is long and strong, allowing much material in. Understanding just what circumstances lead to what results is a key part of protecting our orbiting spacecraft from the effects of such space weather. 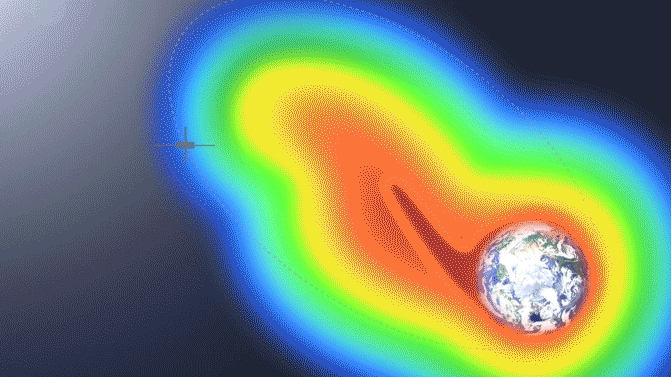 Click on the image to set the scene in motion. NASA's THEMIS mission observed how dense particles normally near Earth in a layer of the uppermost atmosphere called the plasmasphere can send a plume up through space to help protect against incoming solar particles during certain space weather events. Image credit: NASA/Goddard Space Flight Center

Now, for the first time, a study shows that in certain circumstances a pool of dense particles normally circling Earth, deep inside the magnetosphere, can extend a long arm out to meet – and help block – incoming solar material.

"It’s like what you might do if a monster tried to break into your house. You’d stack furniture up against the front door, and that’s close to what the Earth is doing here," said Brian Walsh, a space scientist at NASA's Goddard Space Flight Center in Greenbelt, Md. "The material that is usually much nearer Earth stacks up against the outer boundary of the magnetosphere, throttling the interaction there and stopping solar material from entering."

In the March 6, 2014, issue of Science Express, Walsh and his colleagues compared observations from the ground and in space during a solar storm on Jan. 17, 2013. This was a fairly moderate solar storm caused by a CME impacting Earth's magnetosphere for several hours. As the CME encountered the boundary of the magnetosphere, its magnetic fields and those around Earth realigned in a process called magnetic reconnection, which allowed energy and solar material to cross the boundary into the magnetosphere. NASA's three THEMIS – for Time History of Events and Macroscale Interactions during Substorms – spacecraft were in the right place at the right time, flying through the magnetosphere's boundary approximately 45 minutes apart, and caught this interaction. 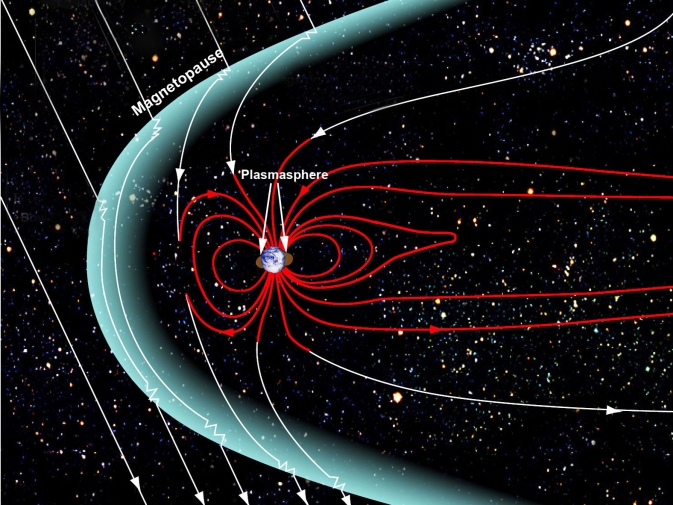 A thin layer of cold, dense material called the plasmasphere surrounds Earth. Researchers have found that material in the plasmasphere can help prevent particles from the sun crossing into near Earth space. Image credit: NASA

Closer to Earth, scientists could also study the sphere of cold dense gas at the very top of our atmosphere. This region is called the plasmasphere and it's made of what's known as plasma, a gas made of charged particles. GPS signals travel through the plasmasphere and they travel at different speeds depending on how thick or thin the plasmasphere is along the journey. Tracking the GPS radio signals, therefore, can help researchers map out the properties of the plasmasphere.

"A colleague who works with these kind of observations said I had to see some interesting data showing a plume from the ground," said Walsh. "And I typed in the dates and saw that it was a date when THEMIS was in the right position. So, for the first time, we could make a comparison." 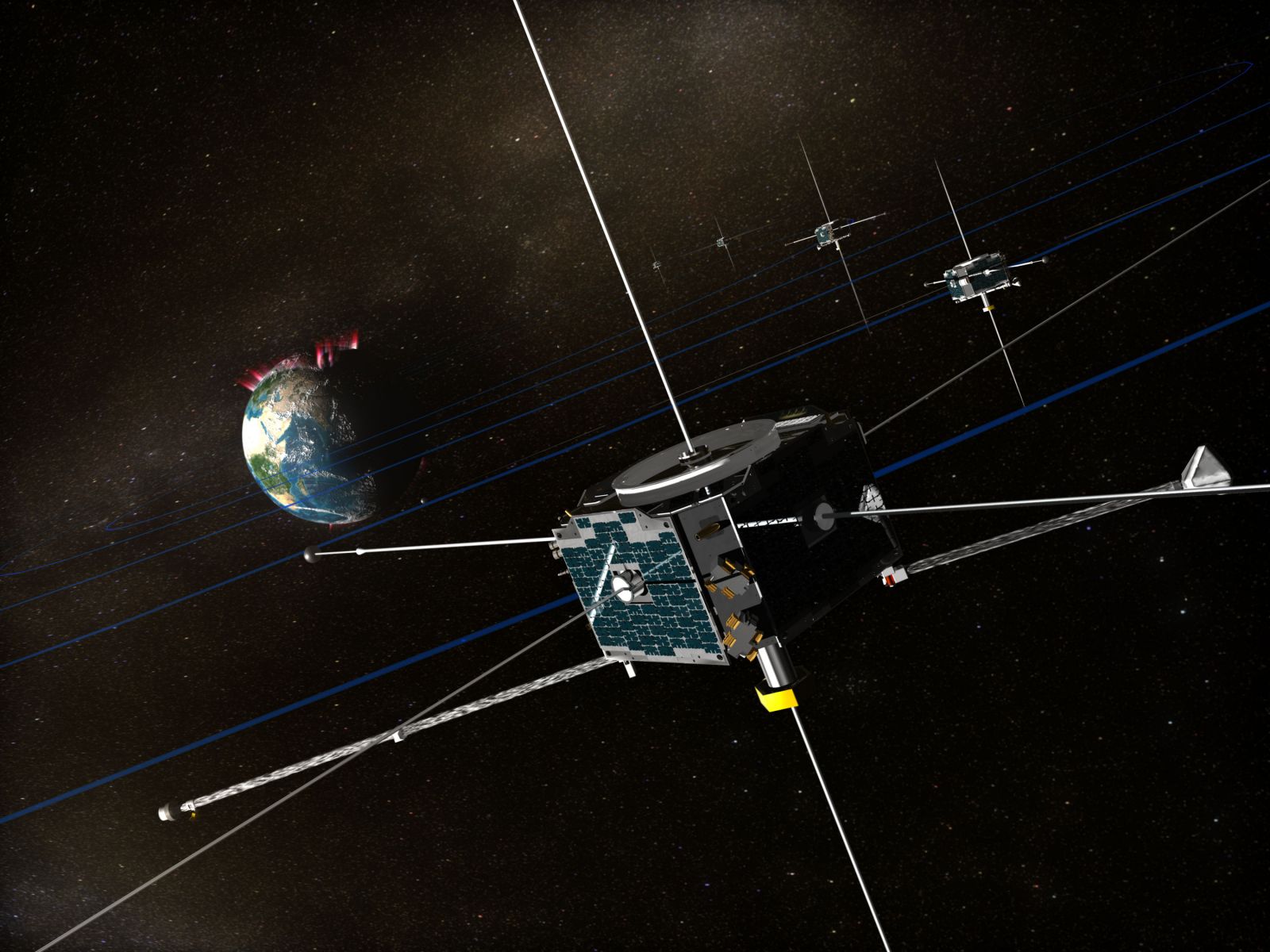 As scientists try to better understand the space weather system around Earth, they rely on multipoint observations such as this to connect what's seen on the ground to what's seen in space. In this case THEMIS data connected to GPS data, but such combinations are increasingly being used to watch how Earth is affected by its closest star. Eventually such observations could lead to improvements in space weather predictions, which would be as useful for spacecraft operators as terrestrial weather forecasts are for us here on Earth.

Featured image:  A thin layer of cold, dense material called the plasmasphere surrounds Earth. Researchers have found that material in the plasmasphere can help prevent particles from the sun crossing into near Earth space. Image credit: NASA