This view of the twilight sky and Martian horizon taken by NASA's Curiosity Mars rover includes Earth as the brightest point of light in the night sky. Earth is a little left of center in the image, and our moon is just below Earth.

Researchers used the left eye camera of Curiosity's Mast Camera (Mastcam) to capture this scene about 80 minutes after sunset on the 529th Martian day, or sol, of the rover's work on Mars (January 31, 2014). The image has been processed to remove effects of cosmic rays.

A human observer with normal vision, if standing on Mars, could easily see Earth and the moon as two distinct, bright "evening stars."

The distance between Earth and Mars when Curiosity took the photo was about 160 million kilometers or 99 million miles. 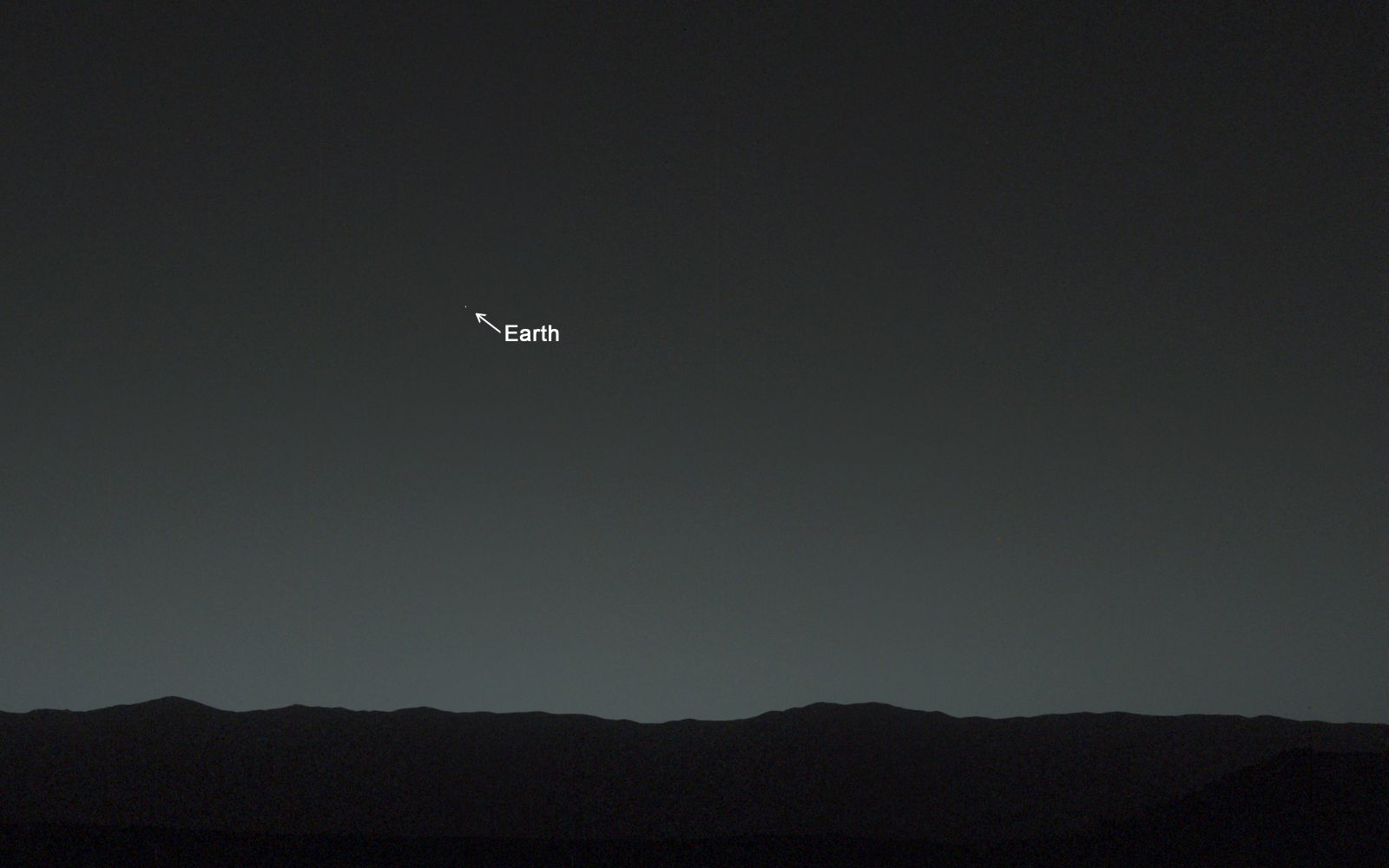 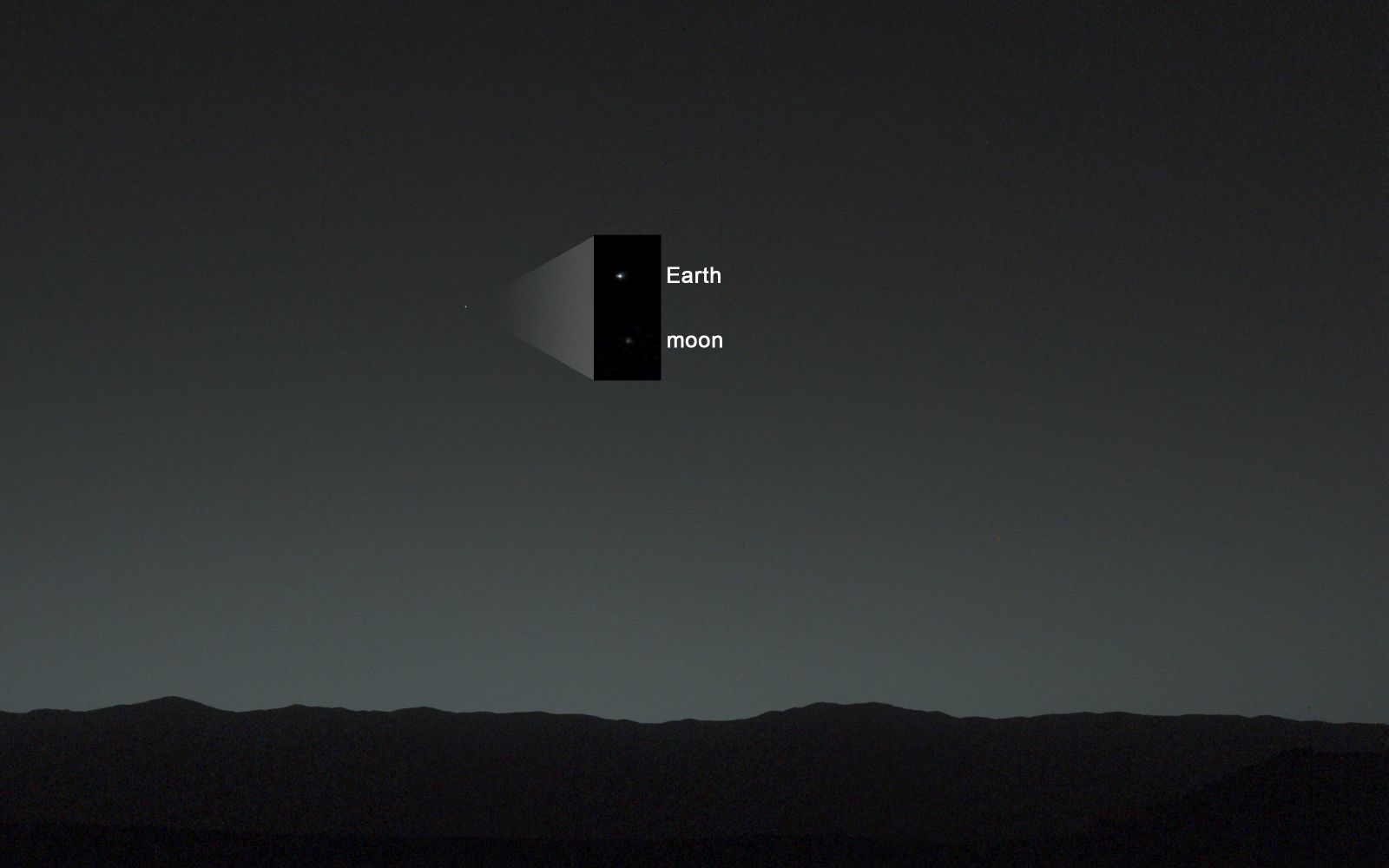 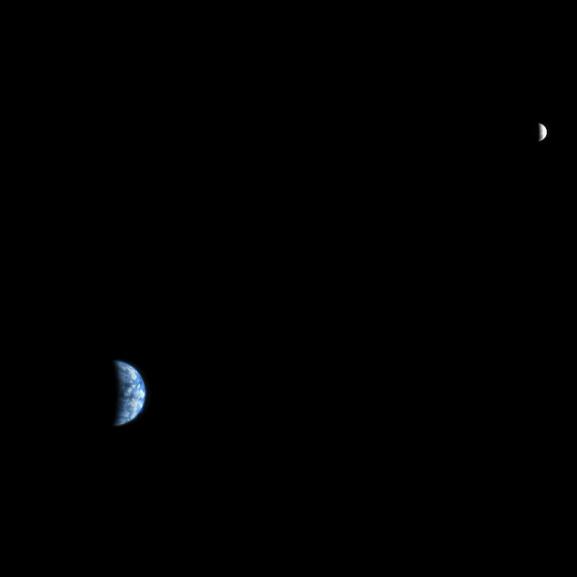 This is an image of Earth and the Moon, acquired on October 3, 2007, by the HiRISE camera on NASA's Mars Reconnaissance Orbiter.

At the time the image was taken, Earth was 142 million kilometers (88 million miles) from Mars, giving the HiRISE image a scale of 142 kilometers (88 miles) per pixel, an Earth diameter of about 90 pixels and a moon diameter of 24 pixels. The phase angle is 98 degrees, which means that less than half of the disk of the Earth and the disk of the moon have direct illumination.