GEONET reported that as of 9:30 am (local time on December 17) they have received 234 felt reports from the public, most reporting little damage. This lack of damage is due to the earthquake occurring far enough away from the main populated areas of the region. There have already been several aftershocks from this quake, though most have been too small for people to feel.

It is unlikely that this earthquake will have an effect on the Alpine Fault hundreds of kilometres further to the north.

Fiordland is one of New Zealand's more seismically active regions – due to the plate subduction – but it is also our most sparsely populated region, there have been a dozen large earthquakes (M6+) in the region in the previous twenty years, many that were much larger than the Canterbury earthquakes, but none have caused nearly as much damage due to the sparse population and people's distance from the quakes epicentres. These Fiordland quakes often also release their energy slightly slower, so that the shaking is less violent than an earthquake of equivalent magnitude elsewhere in the country. The motion is more "rolling" rather than "snapping" which will contribute to the lack of damage.

The largest quake Fiordland has experienced in recent times was the M7.8 Dusky Sound earthquake on 15th July 2009. That quake was New Zealand's largest since the 1931 Hawke's Bay earthquake, it occurred close to the coast and produced a small local tsunami. The quake early this morning was 70 km southwest of the Dusky Sound earthquake. 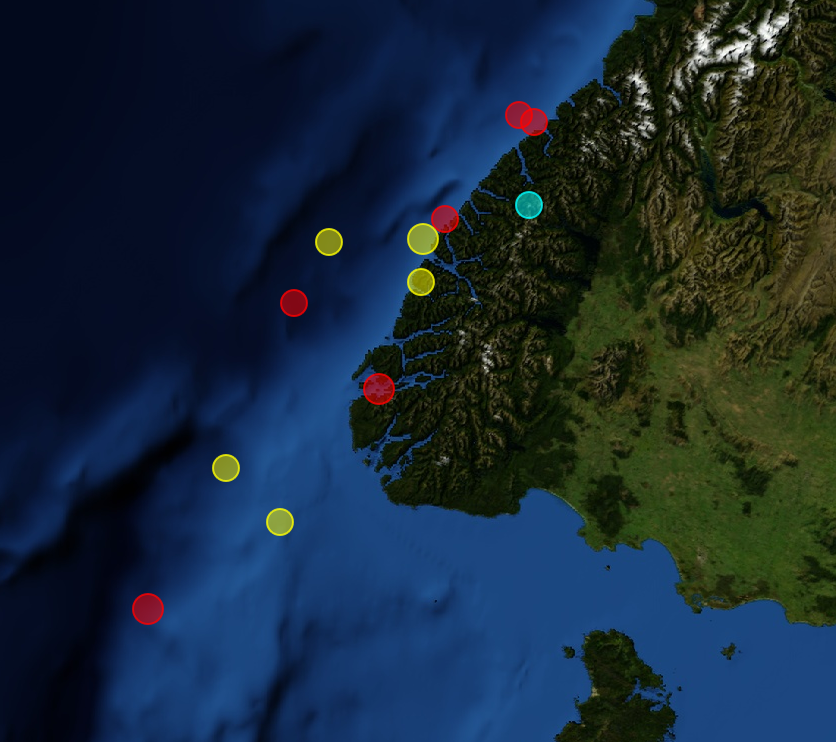 All M6+ quakes in the Fiordland region in the previous 20 years. The size of the circles represent magnitude, the colour represents their depth. Red – less than 15 km; Yellow – 15-40 km; Aqua – 100-200 km. Today's quake is the southern-most yellow circle. Image credit: GNS Science 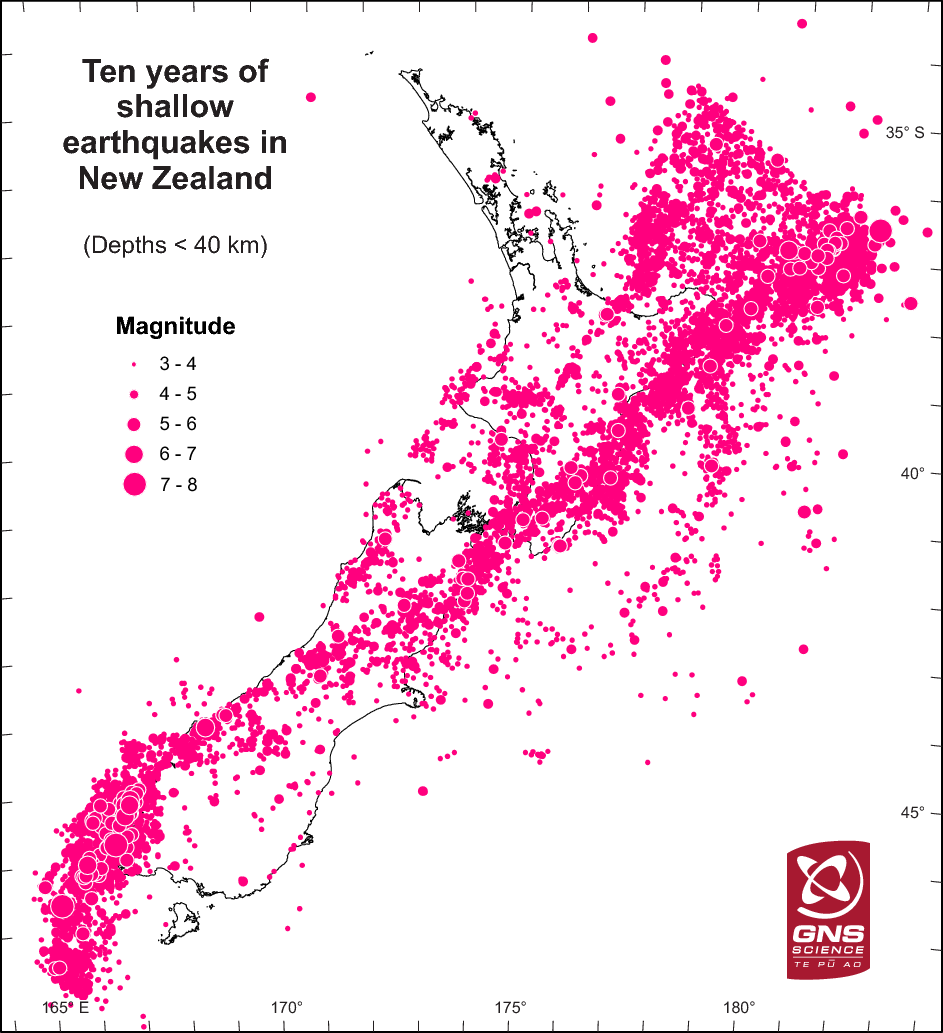