Powerful winter storm Alexa is sweeping eastern Mediterranean and the Middle East and causing mayhem across the region since Wednesday, December 11. Alexa is the worst snow storm that hit the Middle East since 1953 and its effects are far worst than anyone expected.

Egyptian capital Cairo experienced its first snow in last 112 years, which came as good news for many, but… the bad weather is still taking a disproportionate toll on the 2.2 million refugees living outside Syria and the 6.5 million people displaced within the country. (VOA)

"Large swathes of northern Gaza are a disaster area with water as far as the eye can see," the United Nations Relief Works Agency (UNRWA) that administers refugee camps in the Palestinian territory, said in a statement today. More than 5 000 people have been evacuated. (Reuters) 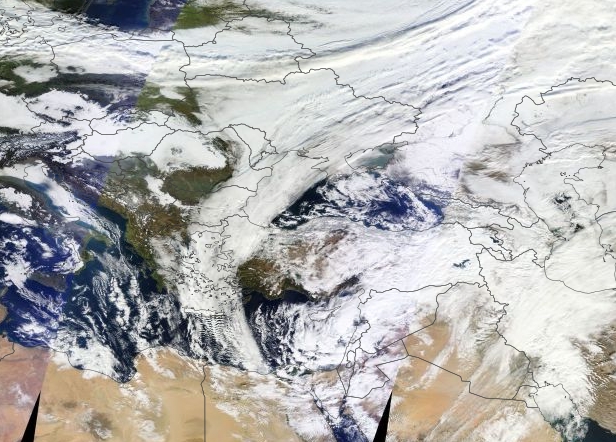 Alexa is expected to ease up today.

Meanwhile, in United States… winter storm #Electra is expected to deliver a wide swath of snow from portions of the Mid-Mississippi and Ohio Valleys to the Great Lakes and Northeast.