Comet ISON has almost completed its journey from the Oort Cloud to Sun's photosphere and is now inside the orbit of Earth. On November 28, 2013 Comet ISON will fly only 1 million kilometers (2.7 solar radii) above Sun's surface, through temperature about 5000 degrees Fahrenheit, hot enough to vaporize much of the dust and rock on ISON’s surface. ISON’s growing dust tail now stretches nearly half a degree or a full moon’s diameter.

The comet will be moving very fast, about 400 km/s at perihelion and nobody can tell for sure what to expect but one thing is sure – it will be really, really interesting time for all astronomy lovers. 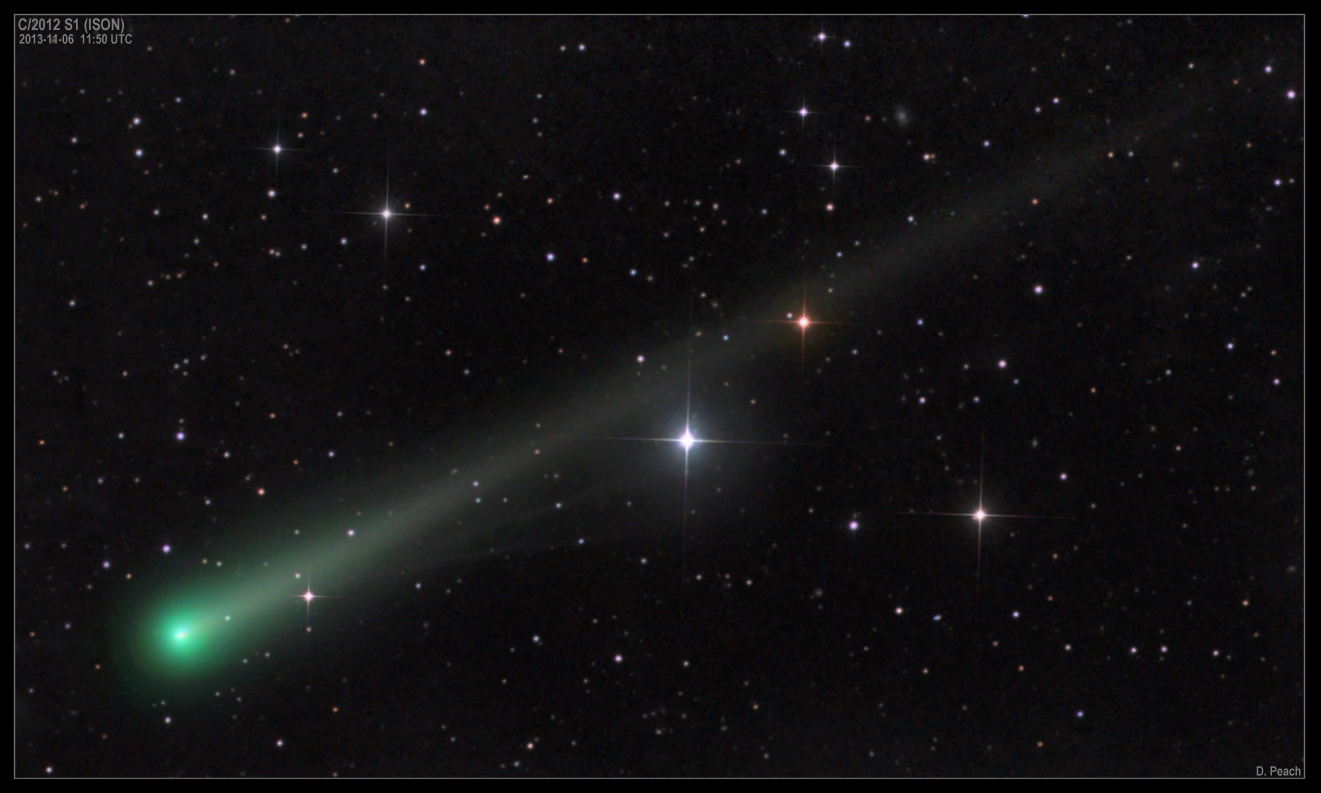 The overall magnitude of the comet has been slowly but steadily rising. For now it is estimated as bright as 8.0. Seiichi Yoshida predicts another half magnitude brightening over the next few days. 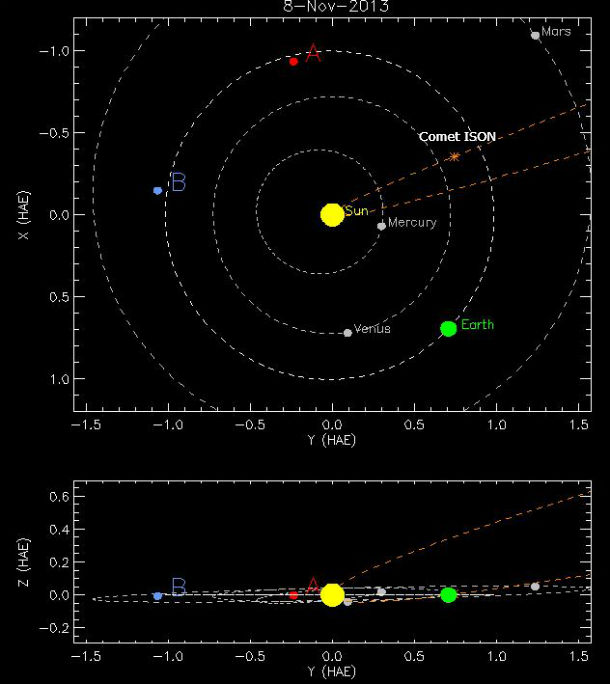