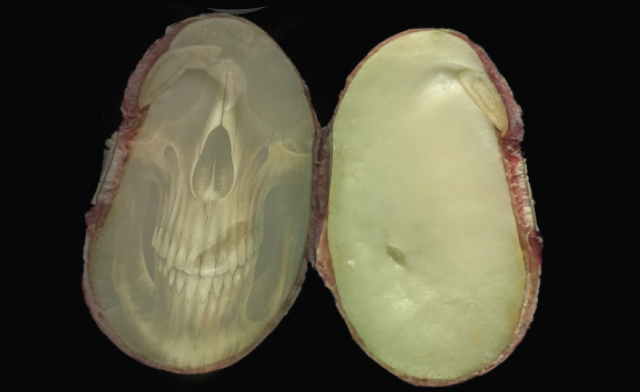 A deeply concerning ETC Group report reveals that the Brazilian Constitutional Commission is poised to vote on whether to an upend an 8-year old ban on the use of terminator technology (a.k.a. suicide seeds); a move which would clearly violate the international moratorium on what ETC describes as the "quintessential anti-farmer technology," and would unleash the specter of a technology that violates the most fundamental principle of Life itself: the ability of seeds to maintain the species' germline and remain capable of producing future generations.

Terminator technology, also known as genetic use restriction technology (GURT), is a form of genetic engineering which causes second generation seeds to be sterile, essentially preventing farmers from saving seeds for future planting and rendering them dependent on corporations who control the seeds. The technology was developed through a cooperative research agreement struck in the 1990's between the USDA and Delta and Pine Land company (purchased by Monsanto in 2007). While Monsanto pledged as far back as 1999 it would not commercialize terminator technology, [i] the discovery that some of its field-trialed but unapproved and therefore illegal GMOs have escaped into the wild, only add to growing concerns that it could violate this commitment in the future, either through accident or intention.

According to the ETC report, Brazil's Judicial Commission (Comissão de Constituição e Justiça e de Cidadania) is expected to rule on the constitutionality of the proposed bill (PL 268/2007) that will allow the use of terminator technology. If the bill is approved, it could quickly come to a vote in Congress and swiftly overturn the ban.  Interviewed in the report was Maria José Guazzelli of Brazil's Centro Ecológico, who stated:

"It's shocking that Brazil is on the verge of reversing its national position on suicide seeds. If the government is at all sincere about its desire to eliminate hunger, it can't allow a law that would ultimately threaten farmers and undermine their ability to grow food. Brazil can't reach a goal of ' Zero Hunger' with Zero Farmers."

The report also discussed the threat such a decision would have on biodiversity, farmer livelihoods and food sovereignty.

"Terminator [technology] would prevent farmers from saving seeds from their harvest and would insure their dependence on multinational firms. At present, 6 multinational (Syngenta, Bayer, BASF, Dow, Monsanto, DuPont) control 60% of the global commercial seed market and 76% of the agrochemical market.

193 Parties to the UN Convention on Biological Diversity are unequivocal about Terminator, unanimously agreeing on a de facto moratorium in 2000, which was strengthened at the Conference of the Parties in 2006, under the presidency of Brazil.

"If Brazil were to approve this legislation, it would signal a clear intent to violate the international moratorium on Terminator, defying the will of 192 other countries," says Silvia Ribeiro, ETC Group's Latin America Director. "Legislators in Brasilia should somberly consider the implications of their actions for their own farmers and the country's biodiversity, but also the implications of becoming a country that violates international agreements."

One of the primary justifications for the reversal of the international moratorium against the use of terminator technology is that it will provide a full-proof stopgap against biopollution that could be caused by so-called 'bioreactor' GM crops designed to produce 'edible vaccines' and human biomolecules (e.g. hormones, antibodies, urine), for medical purposes. As we recently explored in our article "Biotech's Dark Promise: Involuntary Cannabilism for All," the field of 'biopharming' involves the creation of plant 'bioreactors' that contain genes that code for human proteins. Many of these plants are traditionally used as feed or food (i.e. rice, corn), and therefore may inadvertently cross-pollinate plants intended for human consumption. This, of course, would result in humans eating human proteins – the very definition of cannibalism. Given the serious medico-ethical considerations at stake with biopharming, the use of terminator technology would make cross contamination of bioreactor plants with those intended for human consumption theoretically impossible.

Unfortunately, this is a shortsighted solution. And while the ostensible goal is to prevent GM biopollution, the use of GM terminator technology to accomplish this goal is like using 'fire' to put out 'fire.' The most serious concern with GURT or terminator technology is that the genes inserted into plants that render them incapable of producing viable seeds could cross over into other healthy non-GMO organisms, essentially acting like a contraceptive. There has also been concern raised over the possibility that the technology could be weaponized and used to introduce a suicide sequence into plant species or animals, which could be activated by through the use of a triggering substance delivered through air or water. The University of Texas has already experimented with its lethal GRIM system in mammalian cell cultures, ostensibly for non-military purposes. [ii]

There are several forms of genetic use restriction technology, but the most controversial form causes the seed to produce a toxin that kills the seed embryo, preventing its germination. If you consider that such a seed is basically constructed so that it can abort its own embryo, it conjures a disturbing image.  The justification, of course, is for the seed patent holder to protect its 'intellectual property.'  This justification, however, violates the basic impulse of Life itself.

The recent development in Brazil may reveal that, despite the longstanding and unanimous commitment by Biotech companies and world governments alike that terminator technology will not be developed and commercialized, quite the opposite is true. According to a 2006 report, patent statistics clearly show that the world's major Biotech stakeholders in terminator technology have been moving forward all along:

"R&D concerning V-GURTs and T-GURTs [Terminator technology] has continued since the public announcements were made, and no players actually withdrew any GURTs type patents or patent applications The U.S. Department of Agriculture has refused to withdraw its patent claim on the original terminator technology, and USDA/D&PL have received two new terminator patents and has been testing the technology in laboratory conditions. Experimental terminator tobacco plants have been grown at the USDA lab in Lubbock, Texas. ETC6 found that 43 patents on trait specifics T-GURTs were filed till 2000 (RAFI 2000)…. The most recent GURTs type patent we found was published on September 6, 2005, owned by Syngenta (US6,939,711)." [iii]

Quite a lot hinges on Brazil's next move. Stay up-do-date at ETC Group's website.