Another very strong earthquake/aftershock struck Pakistan today. USGS registered earthquake magnitude 6.8 at depth of 14.8 km on September 28, 2013 at 07:34 UTC. This was at 12:34 local time and at almost the same location as massive M 7.7 earthquake that struck on September 24. By latest reports that earthquake left more than 350 casualties and more than 100 000 people homeless.

GDACS calculated there are about 329 735 people living within 100 km radius.

Overall, the population in this region resides in structures that are highly vulnerable to earthquake shaking, though some resistant structures exist. The predominant vulnerable building types are unreinforced brick masonry and rubble/field stone masonry construction.

The current aftershock was felt less than the mainshock because the magnitude was “only” M 6.8 compared to M 7.7 on Tuesday. The very shallow depth of 14 to 20 km (differs from agency to agency) makes the earthquake less felt in a wider radius (like Karachi and the Emirates) but can be very destructive in the epicenter area. The earthquake type is a devastating one too, the main acceleration is horizontal which makes houses and infrastructure who have not been build with earthquakes in mind will collapse easily (ER).

According to latest reports, this aftershock left 30 people dead and 150 injured. 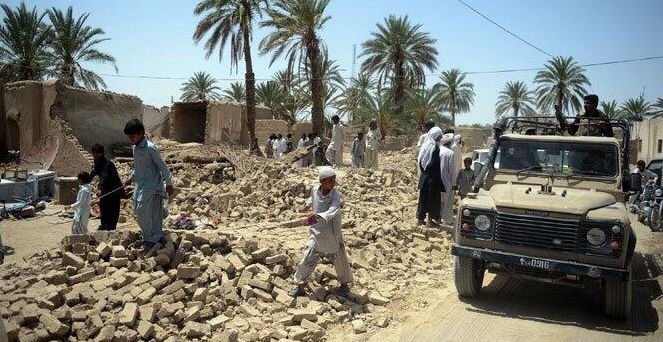 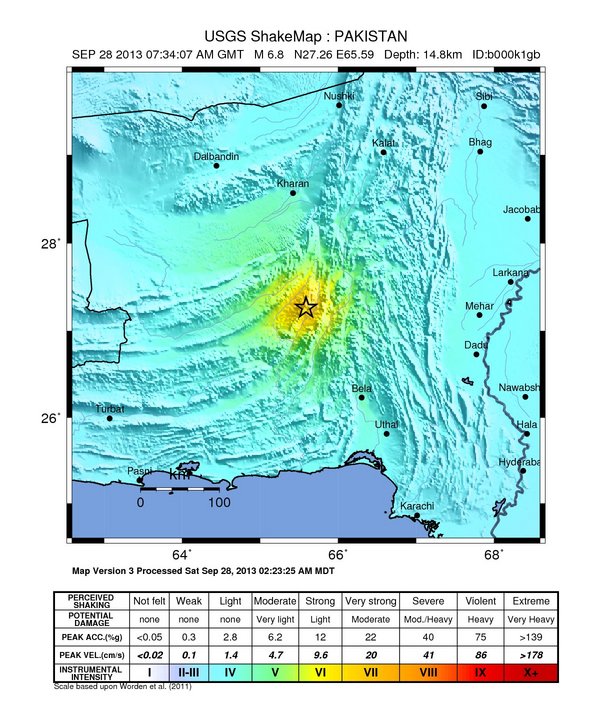