After Tropical Storm Gabrielle degenerated into a remnant low on September 5, its remnants have been spinning northward in the western Atlantic Ocean. But over the last two days they have become better defined with showers and thunderstorms concentrated near an area of low pressure.

According to NHC forecast advisory issued at 15:00 UTC on September 10, the center of TS Gabrielle was located near latitude 30.6 North…longitude 65.0 West with maximum sustained winds near 35 KTS/40 mph/65 km/h.

Tropical storm conditions are expected within next 12 – 24 hours. Its present movement is toward the north at 10 KT. 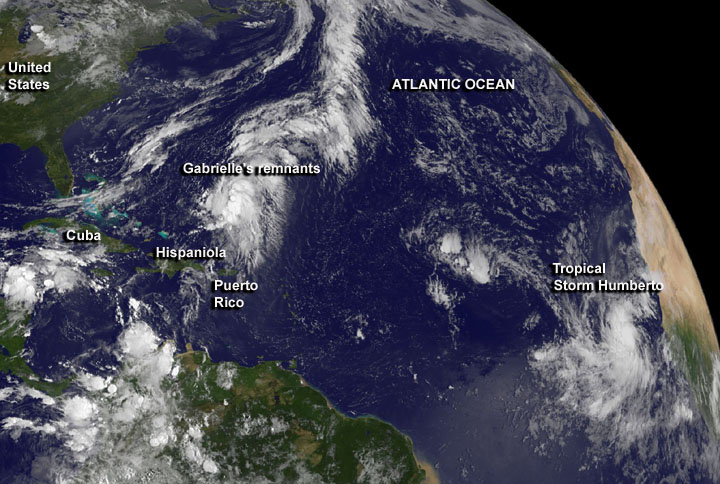 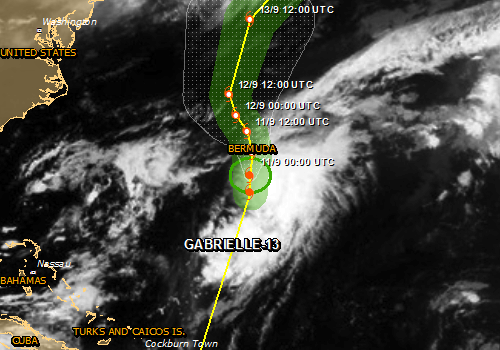 ​After passing near Bermuda, Gabrielle is forecast to become a non-tropical area of low pressure while moving near Nova Scotia and Newfoundland late in the week.

Gabrielle formed on September 4, 2013, as Tropical Depression Seven south of Puerto Rico. Its main impacts were bands of locally heavy rain in Puerto Rico and the Virgin Islands.

Meanwhile, Tropical Storm Humberto is affecting the Cape Verde Islands and it is expected to strengthen into first Atlantic Ocean hurricane of 2013.