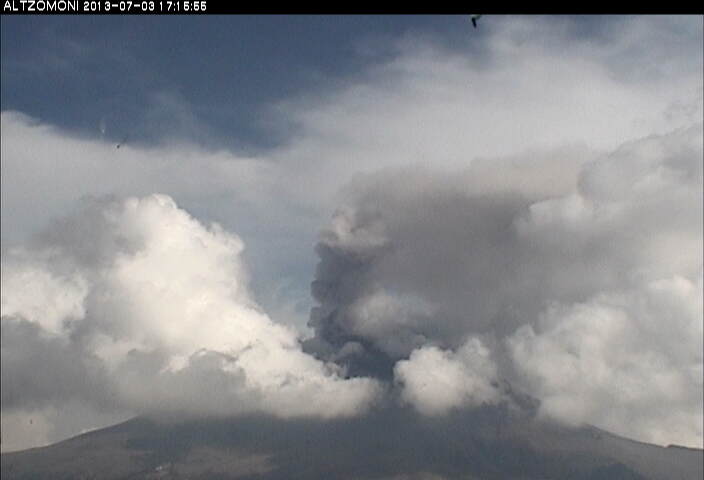 According to CENAPRED at 22:42 UTC on July 3, 2013 at Popocatepetl volcano, Mexico began an episode of high-frequency tremor that continues until now, and only briefly stopped roughly between 04:00 and 05:00 UTC on July 4. A plume of gas and ash is rising 3-4 km above the volcano.

During this episode there have been continuous emissions of steam and ash, incandescence has been observed at the crater, and the volcano repeatedly emitted incandescent fragments, which were deposited mainly on the northern and eastern slopes. 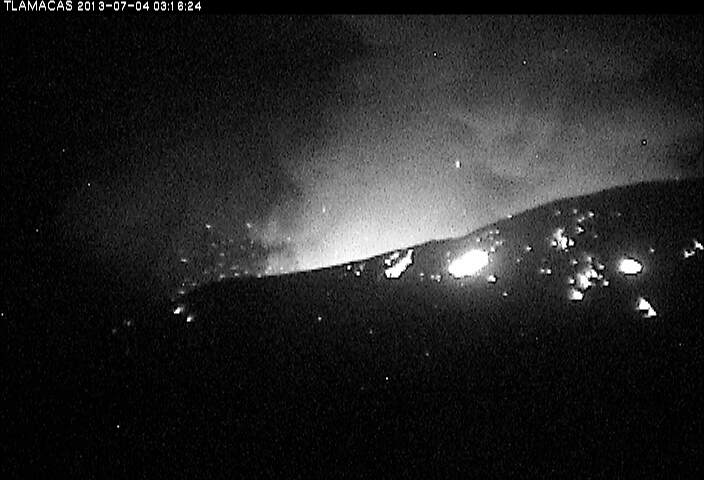 The predominant direction of the plume on July 3, 2013 was west-northwest. Ashfall was reported at Amecameca, Mexico State. Around 11:00 UTC on July 4, 2013 the direction of the steam and ash plume shifted northward.

At 03:25 UTC on July 4, 2013 a volcanotectonic earthquake of low magnitude was registred. 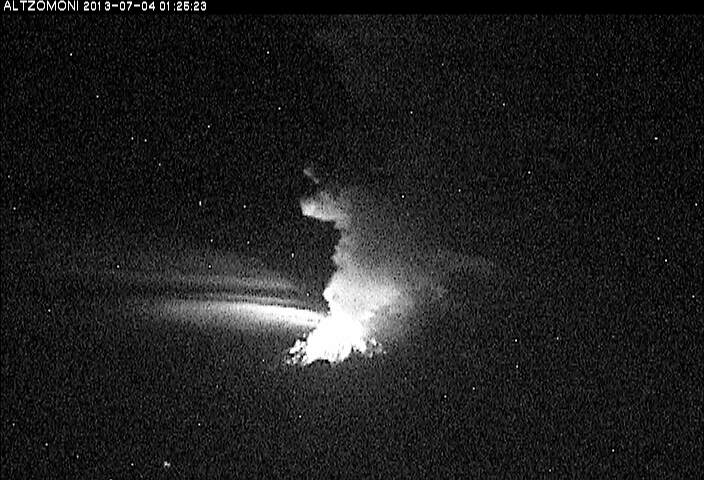 1. Access is restricted within a radius of 12 km from the crater. Permanence in this area is not allowed.

2. The road between Santiago Xalitzintla (Puebla) and San Pedro Nexapa (Mexico State), including Paso de Cortes, is open only to controlled traffic.

3. To the authorities of Civil Protection, maintain preventive procedures, according to operative plans.

4. To the population, be aware of the official information emitted.