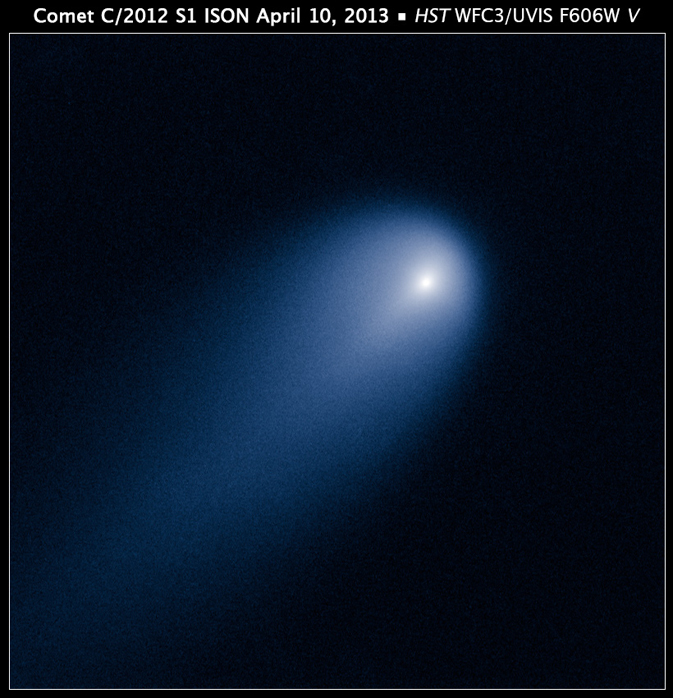 Comet ISON is expected to become one of the most dazzling skywatching events while making a passage around the Sun later this year. In October of 2012 NASA's Jet Propulsion Laboratory (JPL) stated that Comet ISON (C/2012 S1) could reach magnitude -11.6, which is almost as bright as the full Moon. If JPL`s prediction comes true the comet would shine so bright that it would cast shadows at night, and would be bright enough to easily be spotted during broad daylight. 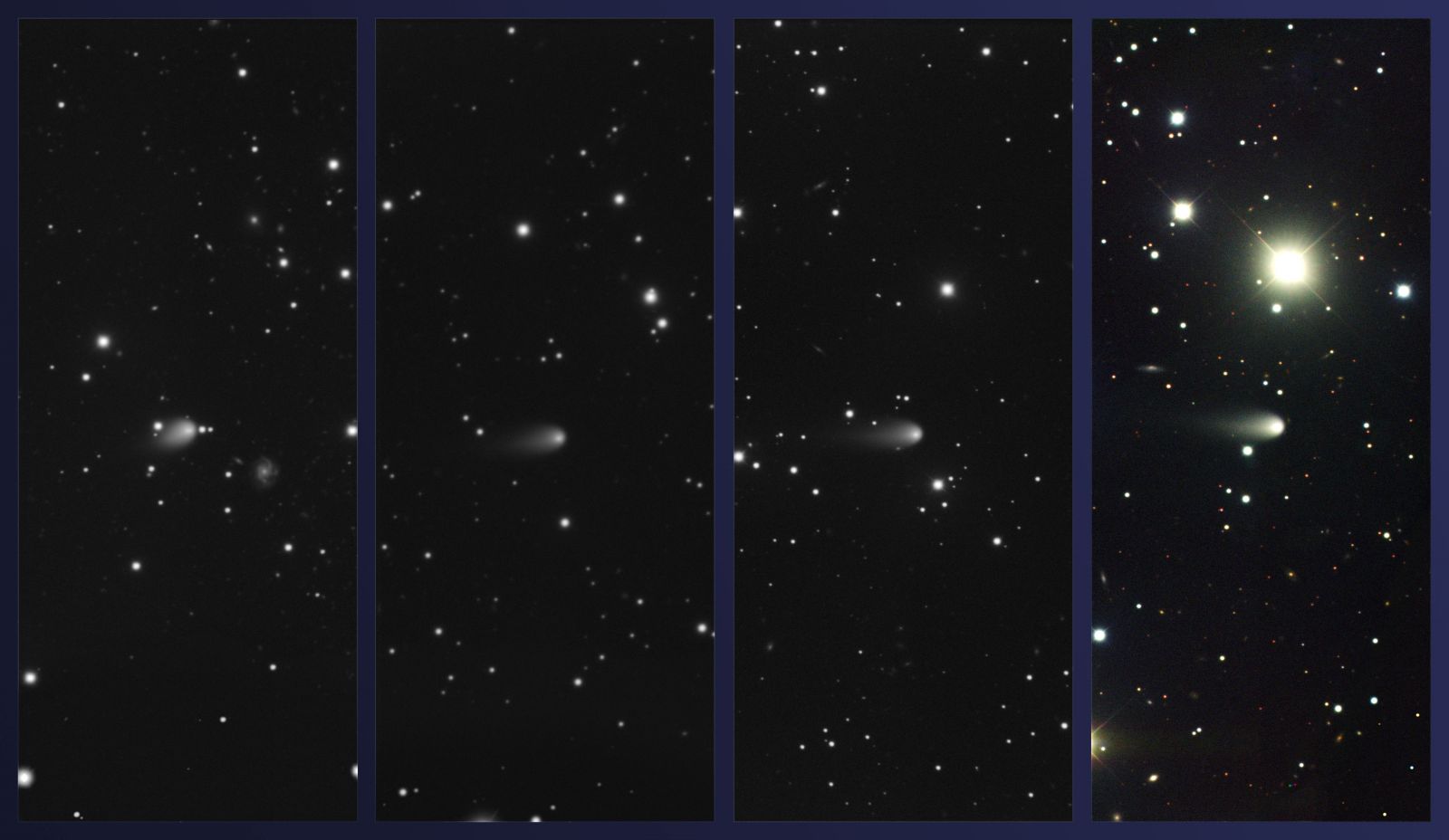 Based on comet's orbit, astronomers belive the comet is coming from Oort cloud, making its first visit to inner solar system. ISON was discovered on September 21, 2012, by Russian astronomers Vitali Nevski and Artyom Novichonok using a telescope of the International Scientific Optical Network (ISON) located near Kislovodsk, Russia.

But things are looking pretty grim for now as the comet has supposedly stopped brightening since the beginning of 2013.

According to comet hunter John Bortle, Comet ISON is not evolving as earlier predicted. ISON has stagnated as near 16th magnitude for a couple of months now. The coma's degree of condensation grew quite strong, and soon after an unexpected strong but short tail that has appeared and it persists right down to today. The coma subsequently faded and became less condensed and smaller.

Since comet ISON probably originates from the icy Oort cloud it has not yet been exposed to the effects of the sun. ISON might have a thin layer of frosted material around it which could vaporize at a great distance from the sun, affecting the comet's brightness. This might be the case with ISON.

Experts will not be able to say what will actually happen with ISON until the comet gets close enough to the sun, when any frozen water inside it`s 4.8 km wide nucleus will begin to sublimate. This will occur in a period between July 8 and August 12, 2013 when the comet is suppose to fly within 450 million to 370 million km of the sun, and then ISON might start to brighten again. C/2012 S1(ISON) is currently approaching the 50,000 mph mark at a distance of 330.1 million miles from the Sun. There are still 184 days until perihelion.

Remember that comets are famously unpredictable and ISON is no different, so as the comet gets closer more accurate predictions will be available. 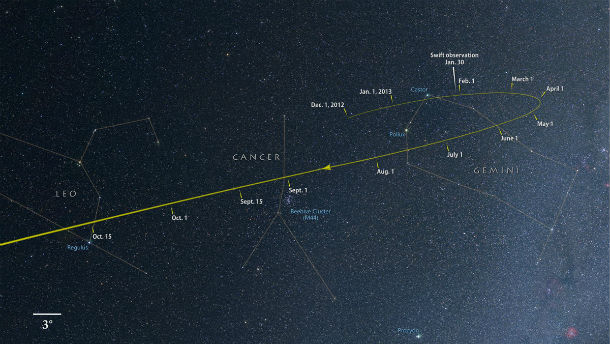 From now through October, comet ISON tracks through the constellations Gemini, Cancer and Leo as it falls toward the sun. (Credit: NASA's Goddard Space Flight Center/Axel Mellinger)

Comet ISON will pass very near Regulus in constellation Leo on October 14/15, 2013 and near Spica in mid-November. On November 23, 2013 ISON will pass very near a planetary pair of Mercury and Saturn and on November 28, 2013 Comet ISON will be at closest point to the Sun. It will be visible on both evening and morning skies for mid-Northern observers and circumpolar for the far North through December. ISON makes its closest approach to Earth at 39.6 million miles on December 26, 2013.