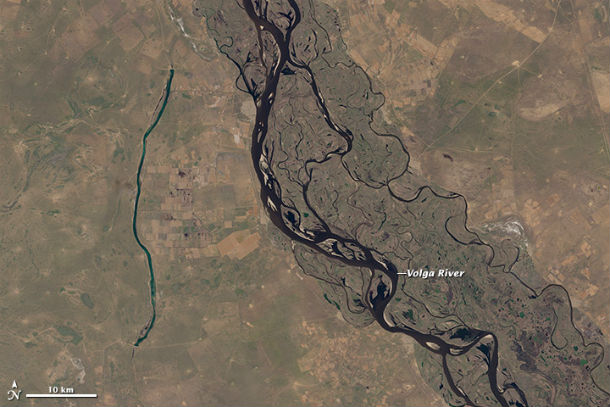 The Landsat Data Continuity Mission (LDCM) reached its final altitude of 705 kilometers (438 miles) on April 12, 2013. One week later, the satellite’s natural-color imager scanned a swath of land 185-kilometers wide and 9,000 kilometers long (120 by 6,000 miles). LDCM recorded path stretching from Russia to South Africa – the mosaic assembled by 56 still images into a seamless, flyover view of what LDCM saw on April 19, 2013. 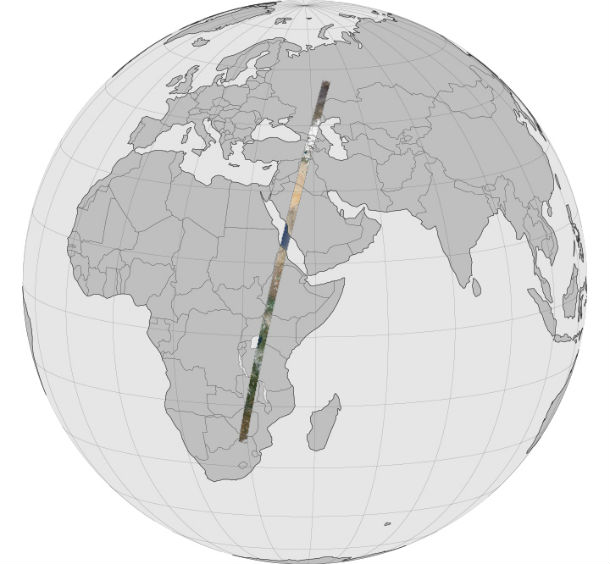 The videos and mosaic were composed from 56 individual scenes acquired by the Operational Land Imager on LDCM. Each scene is available for download below, listed from north to south in the order in which it was taken (Credit: Landsat)

A joint U.S. Geological Survey and NASA mission, LDCM launched on Feb. 11, 2013, and is still in its onboard calibration and checkout phase. The images shown here are considered test data. Once LDCM completes its check-out phase in late May, the satellite will be handed over to the USGS and renamed Landsat 8. After this point, the satellite will be considered operational and data will be available from USGS at no cost over the Internet.

Featured image: Irregularly shaped fields and farms surround the braided channels of the Volga River in central Russia, an area with a long and rich history of agriculture. (Credit: Robert Simmon and Jesse Allen, using data from the U.S. Geological Survey and NASA. Videos by Matt Radcliff. Caption by Holli Riebeek)