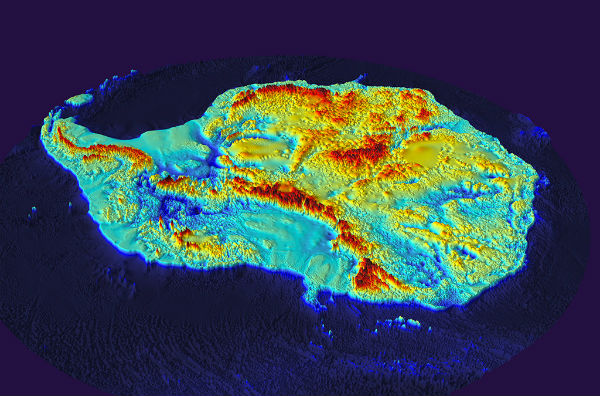 Scientists at the British Antarctic Survey (BAS) have released the most detailed map yet of Antarctica’s landmass that allows scientists to better analyse the bed below the Antarctic ice sheet.

Bedmap2 reveals a landscape of mountain ranges and plains cut by gorges and valleys much deeper than previously seen. BEDMAP is a close-up view of the landscape beneath the Antarctic ice sheet and incorporates decades of survey data acquired by planes, satellites, ships and even researchers on dog-drawn sleds.

The map was compiled using datasets collected from radio echo sounding measurements, seismic techniques, satellite readings and cartographic data. Some of the highlights include new key statistics – the volume of ice in Antarctica is 4.6% greater than previously thought and the mean bed depth of Antarctica, at 95 meters, is 60 m lower than estimated. 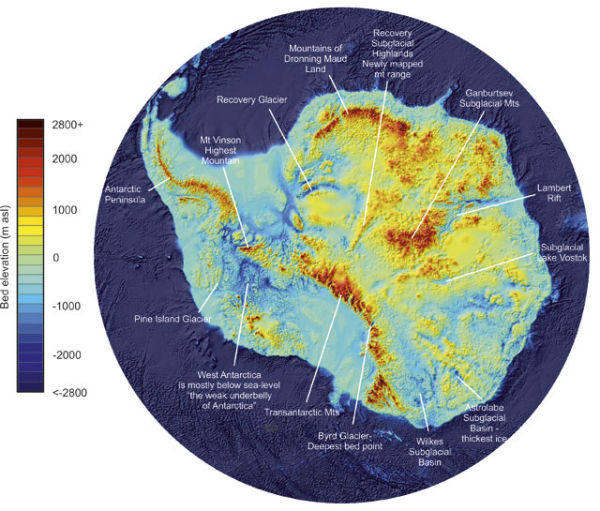 Points of interest which are mentioned in the paper (Credit: BAS/NERC)

The total potential contribution to global sea level rise from Antarctica is 58 metres, similar to previous estimates but a much more accurate measurement. The new deepest point, under Byrd Glacier, is around 400 metres deeper than the previously identified deepest point. (Courtesy of BAS/BEDMAP consortium)