According to latest report by Joint Typhoon Warning Center (JTWC), Tropical Cyclone Emang was located approximately 500 nm east- southeast of Diego Garcia, and was moving at speed of 5 knots. Animated infrared (IR) satellite imagery depicts a partially exposed low-level circulation center (LLCC) with a recent flare of convection over the northwest quadrant of the LLCC. 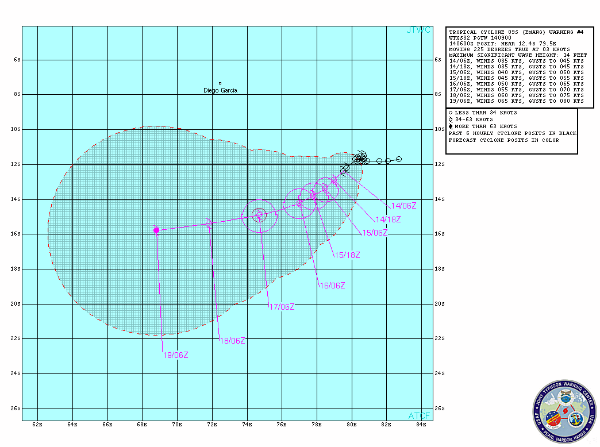 Upper level analysis reveals TC Emang is located within a marginal environment with poor outflow and moderate (10-20 knots) vertical wind shear. The system remains within a weak steering environment but has picked up speed over the last hours tracking westward under the influence of a building subtropical ridge to the south. 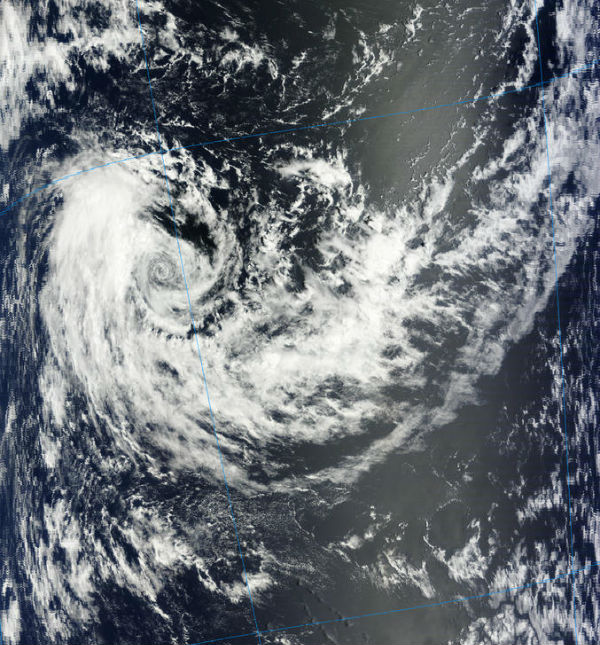 Emang is expected to move  slowly  southwestward along the northern periphery of this building subtropical ridge.  Emang is expected to intensify slowly to a peak intensity of 65 knots by the next few days under the moderately favorable environmental conditions. 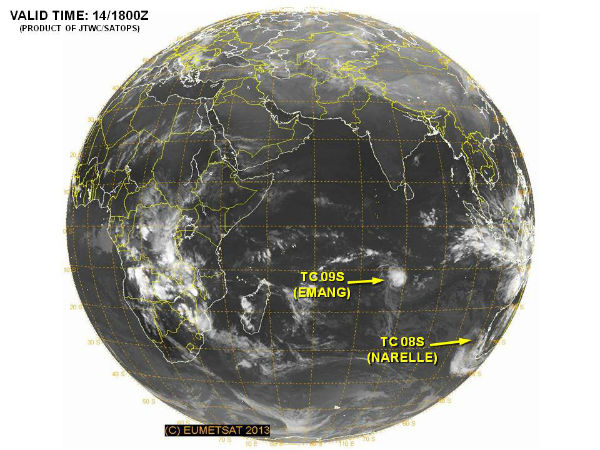