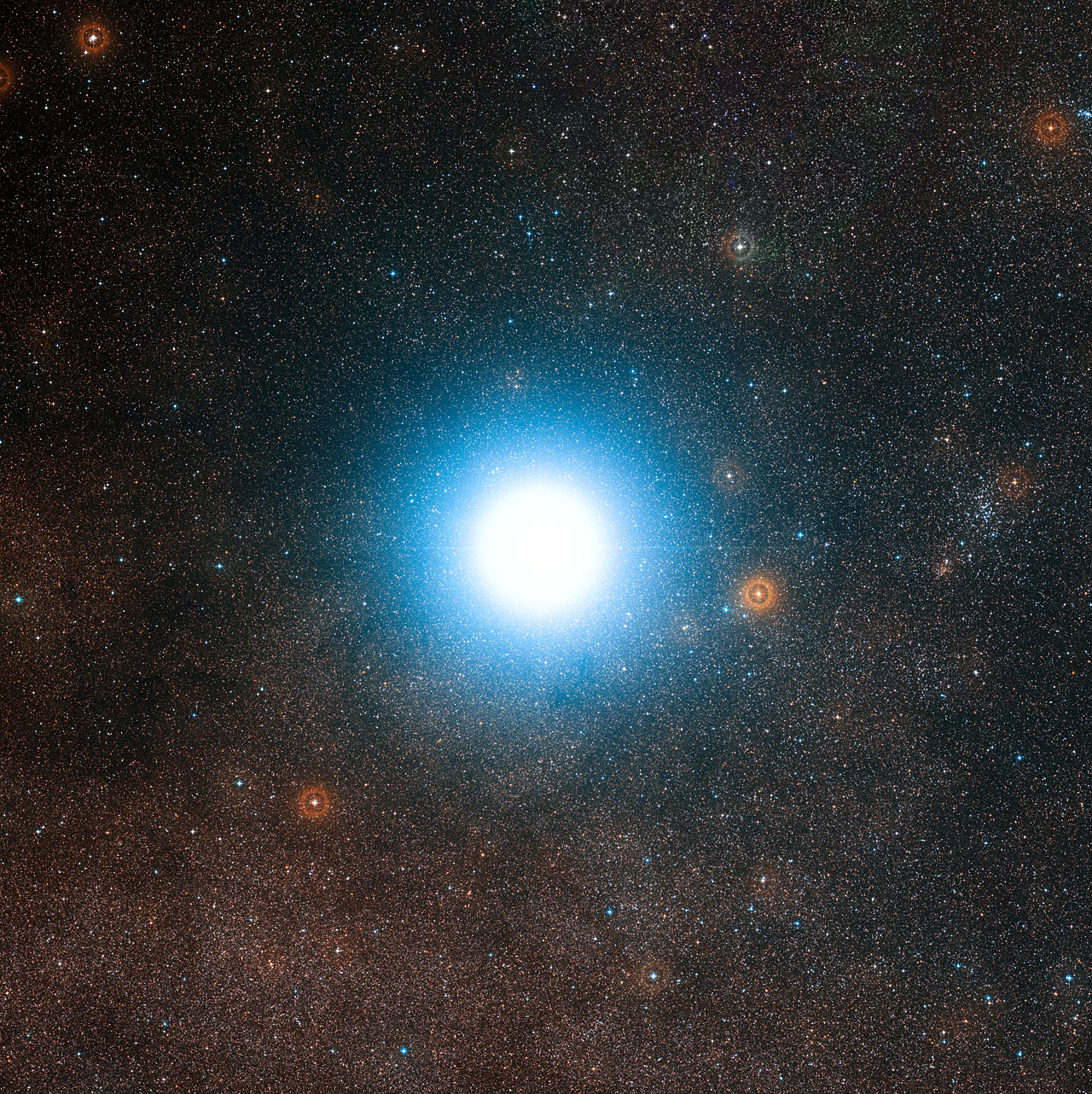 A new exoplanet, closest and lightest known yet, is discovered in Alpha Centauri system by a team using ESO’s (European Southern Observatory) HARPS (High Accuracy Radial Velocity Planet Searcher) instrument. It is notable that same team had discovered the first exoplanet around a sun-like star in 1995. Astronomers have speculated existence of exoplanets (extrasolar planets, those outside our Solar System) in Alpha Centauri system for a long time expecting them to be habitable. However, until now searches of increasing precision had revealed nothing.

Alpha Centauri is only 4.3 light years away from our solar system; making it the closest stellar system. It is a triple star system having two stars like sun, called Alpha Centauri A and B; and a more distant and faint red component known as Proxima Centauri. Newly found planet, named Alpha Centauri Bb, is orbiting around star Alpha Centauri B and is about the mass of Earth, though because of its proximity to the star, it is uninhabitable being far too hot for existence of life as we know it on Earth.

The planet is orbiting about six million kilometers away from the star, much closer than Mercury is to the Sun in the Solar System. The orbit of the other bright component of the double star, Alpha Centauri A, keeps it hundreds of times further away, but it would still be a very brilliant object in the planet’s skies. The star Alpha Centauri B, is very similar to our Sun but slightly smaller and less bright. Xavier Dumusque (Geneva Observatory, Switzerland and Centro de Astrofisica da Universidade do Porto, Portugal), lead author of the paper said,

“Our observations extended over more than four years using the HARPS instrument and have revealed a tiny, but real, signal from a planet orbiting Alpha Centauri B every 3.2 days. It’s an extraordinary discovery and it has pushed our technique to the limit!” 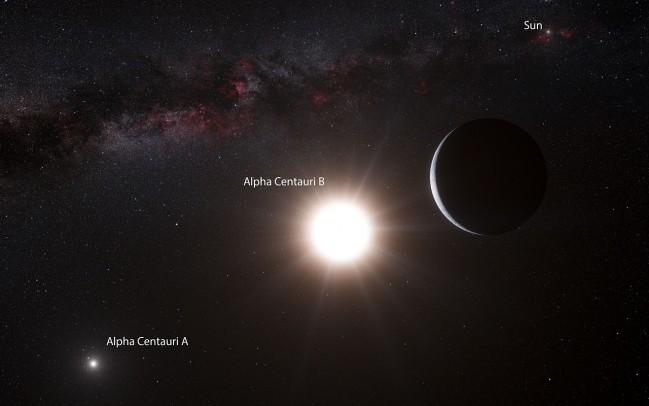 Researchers detected the planet using the HARPS instrument on the 3.6-metre telescope at ESO’s La Silla Observatory in Chile. They used radial velocity method, wherein researchers measure tiny shift of the star’s spectrum caused by its movement towards or away from a distant observer on Earth. The effect is minute — it causes the star to move back and forth by no more than 51 centimetres per second (1.8 km/hour), about the speed of a baby crawling. This is the highest precision ever achieved using this method. NASA’s Kepler telescope uses an alternative method, wherein it searches for the slight drop in the brightness of a star as a planet passes in front of it (transits) and blocks some of the light. Stéphane Udry (Geneva Observatory), a co-author of the paper and member of the team said,

“This is the first planet with a mass similar to Earth ever found around a star like the Sun. Its orbit is very close to its star and it must be much too hot for life as we know it, but it may well be just one planet in a system of several. Our other HARPS results, and new findings from Kepler, both show clearly that the majority of low-mass planets are found in such systems.”

High Accuracy Radial Velocity Planet Searcher or HARPS, is the ESO facility for measurement of radial velocities with the highest accuracy currently available. It is fibre-fed by the Cassegrain focus of the 3.6m telescope in La Silla. HARPS is one of only two instruments worldwide that can attain precision of 0.97 m/s (3.5 km/h), with an effective precision of the order of 30 cm s-1. It was initially used for surveying stars. With this discovery, the HARPS spectrograph has achieved precision to detect a new category of planets: Habitable super-Earths. This sensitivity was expected from simulations of stellar intrinsic signals, and actual observations of planetary systems, says ESO release. Findings of this research are published in latest edition of journal Nature.