The European Southern Observatory's Very Large Telescope (ESO's VLT) have revealed possible signs of a star system being born. Around young star, AB Aurigae lies a dense disc of gas and dust, where astronomers have spotted a prominent spiral structure with a twist marking the spot where a planet may be forming. The feature could be the first direct evidence of a planet being born.

While thousands of exoplanets have been identified so far, there is limited knowledge about how they form, according to lead author Anthony Boccaletti from the Paris Observatory at PSL University, France.

Astronomers are aware that planets come into existence in dusty discs around young stars, like AB Aurigae, as dust and cold gas glump together. New observations made with VLT now provide major clues to help scientists understand the process better.

"We need to observe very young systems to really capture the moment when planets form," said Boccaletti. However, astronomers had not yet been able to take enough sharp and deep images of these young discs to locate the twist that marks the area where a planet might be developing.

VLT's new images feature a spiral of dust and gas around AB Aurigae, located 520 light-years from Earth in the Auriga constellation. Spirals of this type indicate the presence of baby planets.

These push the gas that produces "disturbances in the disc in the form of a wave, somewhat like the wake of a boat on a lake," explained co-author Emmanuel Di Folco of the Astrophysics Laboratory of Bordeaux.

The wave becomes a spiral shape as the planet rotates around the core star. The bright yellow twist area near the center, which is about the same distance from the star as Neptune is from the Sun, is one of the disturbance sites where a planet is being born.

A few years ago, observations of the AB Aurigae system made with the Atacama Large Millimeter/submillimeter Array (ALMA), gave initial hints of ongoing planet birth around the star.

The ALMA images showed two spiral arms of gas near the star, lying within the disc's interior region. 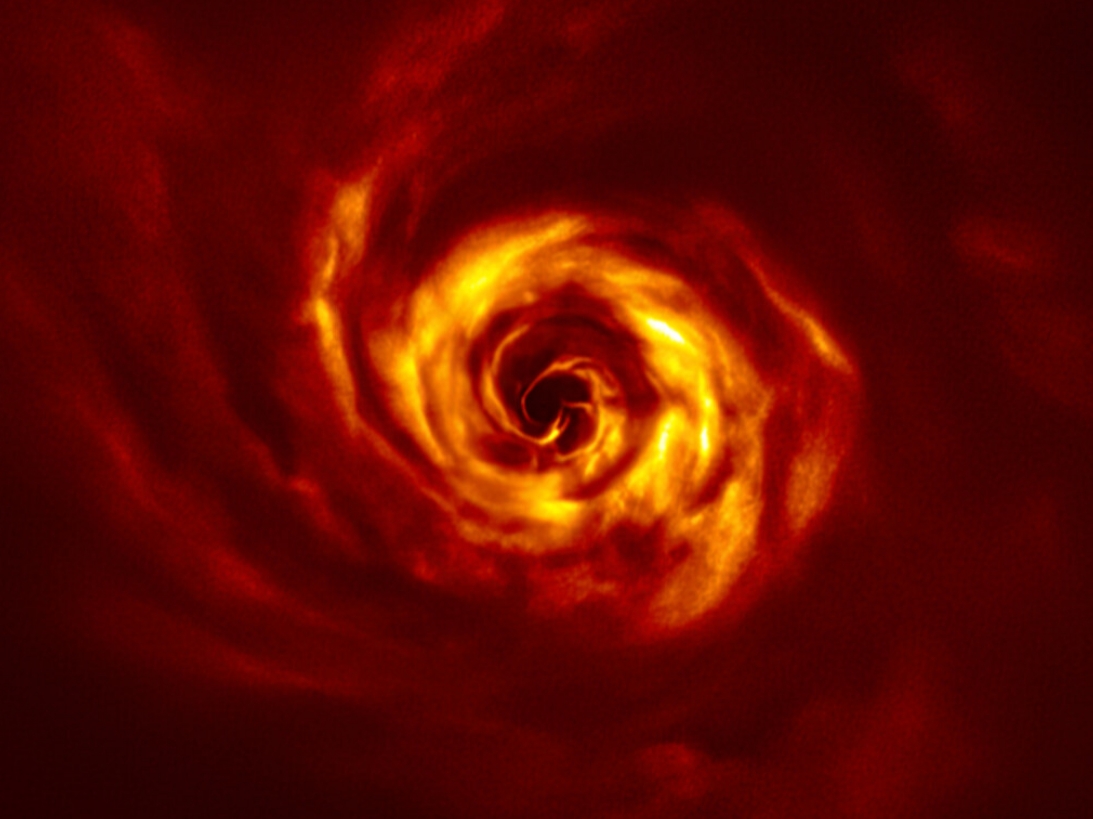 In 2019 and early 2020, Boccaletti and some astronomers from France, Taiwan, Belgium, and the U.S. captured a clearer picture by turning the SPHERE instrument on VLT toward the star. To date, the SPHERE images are the sharpest images of the system.

With SPHERE's powerful imaging system, the fainter light is more evident from small dust grains and emissions originating from the inner disc. They also confirmed the presence of the spiral arms first spotted by ALMA and also detected another remarkable feature, which is the twist. 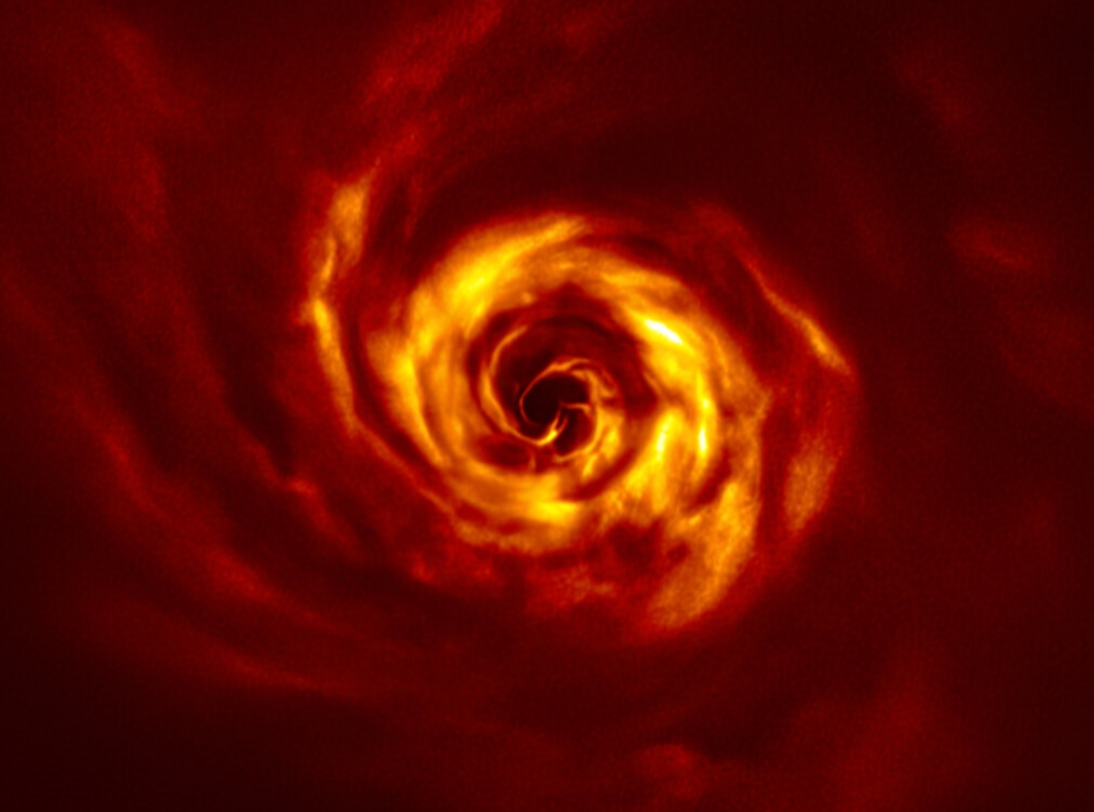 "The twist is expected from some theoretical models of planet formation," co-author Anne Dutrey stated.

"It corresponds to the connection of two spirals– one winding inwards of the planet’s orbit, the other expanding outwards– which join at the planet location. They allow gas and dust from the disc to accrete onto the forming planet and make it grow."

A 39 m (128 feet) Extremely Large Telescope is being constructed by ESO, which will draw on the revolutionary work of ALMA and SPHERE to study extrasolar worlds.

Such a telescope will help astronomers get more detailed views of budding planets, Boccaletti said. "We should be able to see directly and more precisely how the dynamics of the gas contributes to the formation of planets."

Context. Planet formation is expected to take place in the first million years of a planetary system through various processes, which remain to be tested through observations.

Aims. With the recent discovery, using ALMA, of two gaseous spiral arms inside the ∼120 au cavity and connected to dusty spirals, the famous protoplanetary disk around AB Aurigae presents a strong incentive for investigating the mechanisms that lead to giant planet formation. A candidate protoplanet located inside a spiral arm has already been claimed in an earlier study based on the same ALMA data.

Methods. We used SPHERE at the Very Large Telescope to perform near-infrared high-contrast imaging of AB Aur in polarized and unpolarized light in order to study the morphology of the disk and search for signs of planet formation.

Results. SPHERE has delivered the deepest images ever obtained for AB Aur in scattered light. Among the many structures that are yet to be understood, we identified not only the inner spiral arms, but we also resolved a feature in the form of a twist in the eastern spiral at a separation of about 30 au. The twist of the spiral is perfectly reproduced with a planet-driven density wave model when projection effects are accounted for. We measured an azimuthal displacement with respect to the counterpart of this feature in the ALMA data, which is consistent with Keplerian motion on a 4 yr baseline. Another point sxce is detected near the edge of the inner ring, which is likely the result of scattering as opposed to the direct emission from a planet photosphere. We tentatively derived mass constraints for these two features.

Conclusions. The twist and its apparent orbital motion could well be the first direct evidence of a connection between a protoplanet candidate and its manifestation as a spiral imprinted in the gas and dust distributions.