A giant tectonic plate under the Indian Ocean, known as the India-Australia Capricorn plate, is breaking apart at about 1.7 mm (0.07 mm) per year, according to a new study. At this pace, it would take a million years for the two broken pieces to be 1.7 km (1 mile) apart. Such movements can trigger millions of years of devastating earthquakes.

"It's not a structure that is moving fast, but it's still significant compared to other planet boundaries," said co-author Aurelie Coudurier-Curveur, a senior research fellow of marine geosciences at the Institute of Earth Physics of Paris.

The plate is breaking slowly and so far underwater that researchers almost missed the occurrence. However, two powerful earthquakes that originated in an unusual area in the Indian Ocean indicated that some changes to the Earth's crust were taking place. The quakes happened on April 11, 2012, beneath the ocean near Indonesia.

This puzzled scientists as the earthquakes did not originate from two tectonic plates rubbing against each other but from the middle part of one plate. It did not come as a complete surprise though, as the Capricorn plate does not always function as one cohesive unit.

"It's like a puzzle. It's not one uniform plate," Coudurier-Curveur said. "There are three plates that are, more or less, tied together and are moving in the same direction together."

A study looked at a region of the plate known as the Wharton Basin, where the earthquakes originated. Researchers used a technique that measured how long sound waves took to bounce off the seafloor to map out the landscape underneath the surface.

Looking back at the data, the researchers noticed "pull-aparts" or "strike-slip faults", which are areas on a plate that can trigger earthquakes when they slide past each other in a horizontal manner. 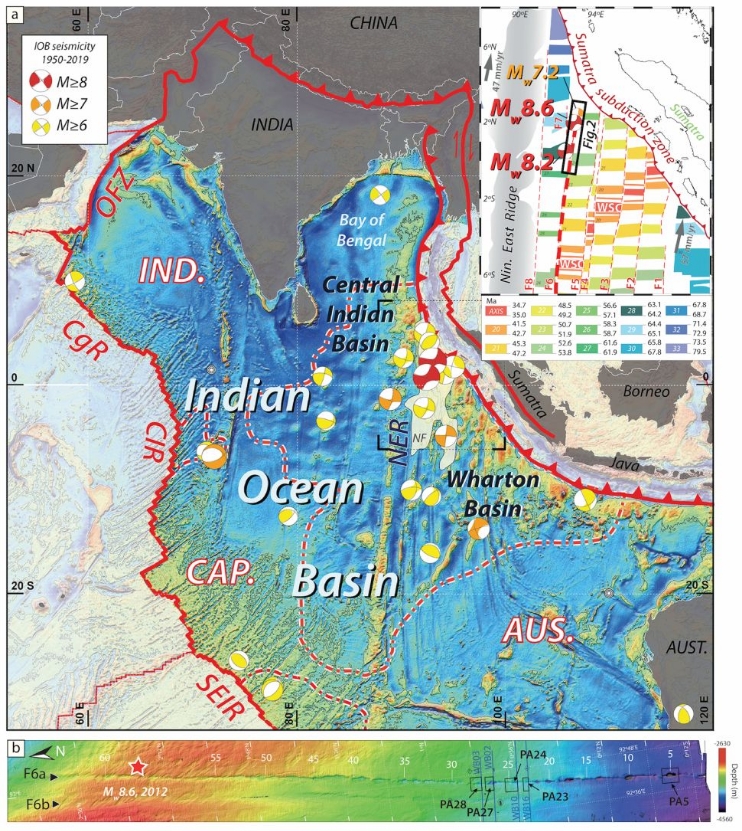 Scientists presume that these gaps started forming about 2.3 million years ago, along a line that passed through the epicenters of 2012 quakes.

"It doesn't seem like it's yet a fully formed plate boundary," said seismologist William Hawley, who was not involved in the study. "But the take-home message is that it's becoming one, and it probably accounts for much of the deformation that we know is occurring there."

Coudurier-Curveur noted that the fracture zone did not form due to earthquakes, but rather when new oceanic crust emerged from the mid-ocean ridge and cracked due to the planet's curvature. Now, the fracture area is being repurposed. "Nature likes using weaknesses. [It] likes using what's already in place." 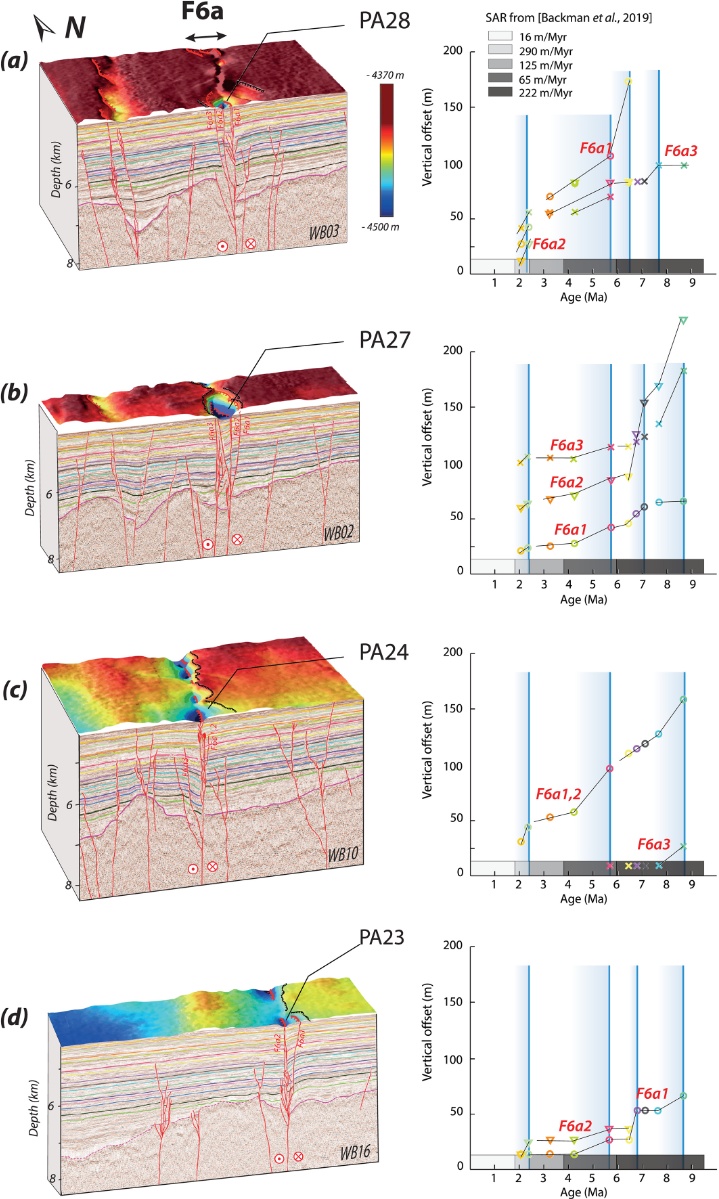 Since different parts of the India-Australia Capricorn are moving at varying speeds, this fracture zone is becoming the new boundary for the plate's breakup.

However, since the split is happening slowly, another strong quake along this fault would likely not happen for another 20 000 years. Researchers also noted that it will take tens of millions of years before the plates completely break apart.

"It has long been postulated that these [fracture] zones of weakness could be the birthplace along which new plate boundaries, such as subduction zones or strike-slip boundaries, form," said geology associate professor Oliver Jagoutz at the Massachusetts Institute of Technology, who was not part of the study.

"Plates are constantly formed and destroyed on Earth," he added. "It is detailed studies like these that will allow us to better understand how the jigsaw puzzle of plates that constitute the outermost solid layer of Earth formed and evolved." 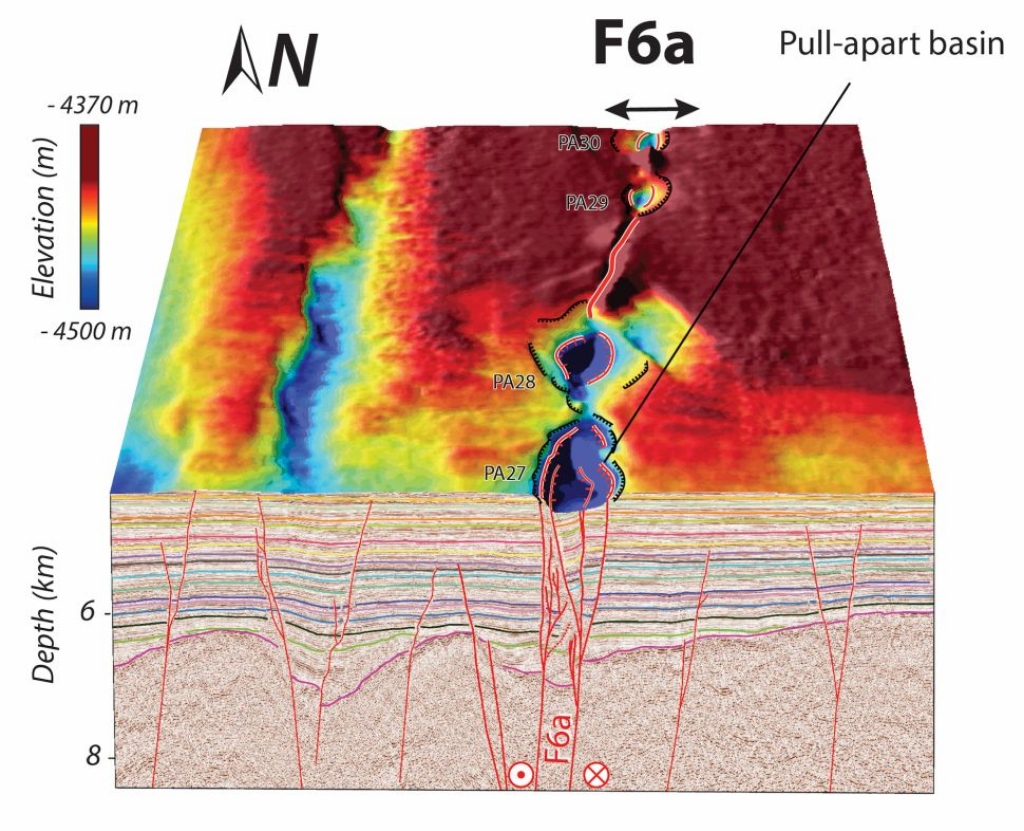 Oceanic plates are usually rigid and aseismic, except along their boundaries. In 2012, two extraordinary earthquakes with magnitudes M  > 8, typical of plate boundary events, occurred in the Wharton Basin, inside the India‐Australia‐Capricorn plate, slicing the seafloor along straight, old fracture zones bearing evidence of active tectonic deformation. Using submarine relief and seismic data, we study the freshest fracture zone (F6a) to examine whether it might qualify as a nascent plate boundary between India and Australia. We find that localized cracks along it and narrow rectangular basins (pull‐aparts) resemble those along large continental strike‐slip boundary faults, supporting the inference that the composite Indo‐Australian plate is breaking apart.