Astronomers have discovered the absence of a massive unstable star in the Kinman Dwarf galaxy using ESO's Very Large Telescope (VLT). One explanation offered is the end of a luminous blue variable (LBV) eruption of a surviving star, with a mild drop in luminosity, a shift to hotter effective temperatures, and some dust obscuration. Alternatively, the LBV could have collapsed to a massive black hole without the production of a bright supernova.

"If true, this would be the first direct detection of such a monster star ending its life in this manner," said team leader and Ph.D. student Andrew Allan of Trinity College Dublin.

Between 2001 and 2011, different teams of astronomers studied the star, located in the Kinman Dwarf galaxy, some 75 million light-years away in the constellation of Aquarius. The observations indicated that the star was in a late stage of its evolution.

When the collaborators pointed ESO's VLT to the distant galaxy last year, they were surprised to find out that the star had disappeared.

The Kinman Dwarf galaxy is too distant for astronomers to observe its individual stars, but they can detect the signatures of some of them. From 2001 to 2011, the light from that galaxy constantly showed evidence that it hosted a luminous blue variable star, around 2.5 million times brighter than the Sun.

This type of star is unstable, showing occasional dramatic shifts in brightness and spectra.

Even with those shifts, luminous blue variables leave particular traces scientists can determine, but they were absent from the data the team gathered in 2019, making them wonder what had happened to the star.

"It would be highly unusual for such a massive star to disappear without producing a bright supernova explosion," said Allan.

In August 2019, the group turned the ESPRESSo instrument toward the star, using the VLT's four 8 m (26 feet) telescopes simultaneously, but they were not able to find signs that previously indicated the luminous star's presence.

The group tried the X-shooter instrument a few months later but still did not find traces.

"We may have detected one of the most massive stars of the local Universe going gently into the night," said team member Jose Groh.

"Our discovery would not have been made without using the powerful ESO 8 m (26 feet) telescopes, their unique instrumentation, and the prompt access to those capabilities following the recent agreement of Ireland to join ESO."

The team then turned to older data from X-shooter and the UVES instrument on VLT.

"The ESO Science Archive Facility enabled us to find and use data of the same object obtained in 2002 and 2009," said ESO staff astronomer, Andrea Mehner.

"The comparison of the 2002 high-resolution UVES spectra with our observations obtained in 2019 with ESO's newest high-resolution spectrograph ESPRESSO was especially revealing, from both an astronomical and an instrumentation point of view."

The old data suggested that the star could have been undergoing a powerful outburst period that possibly ended sometime after 2011. 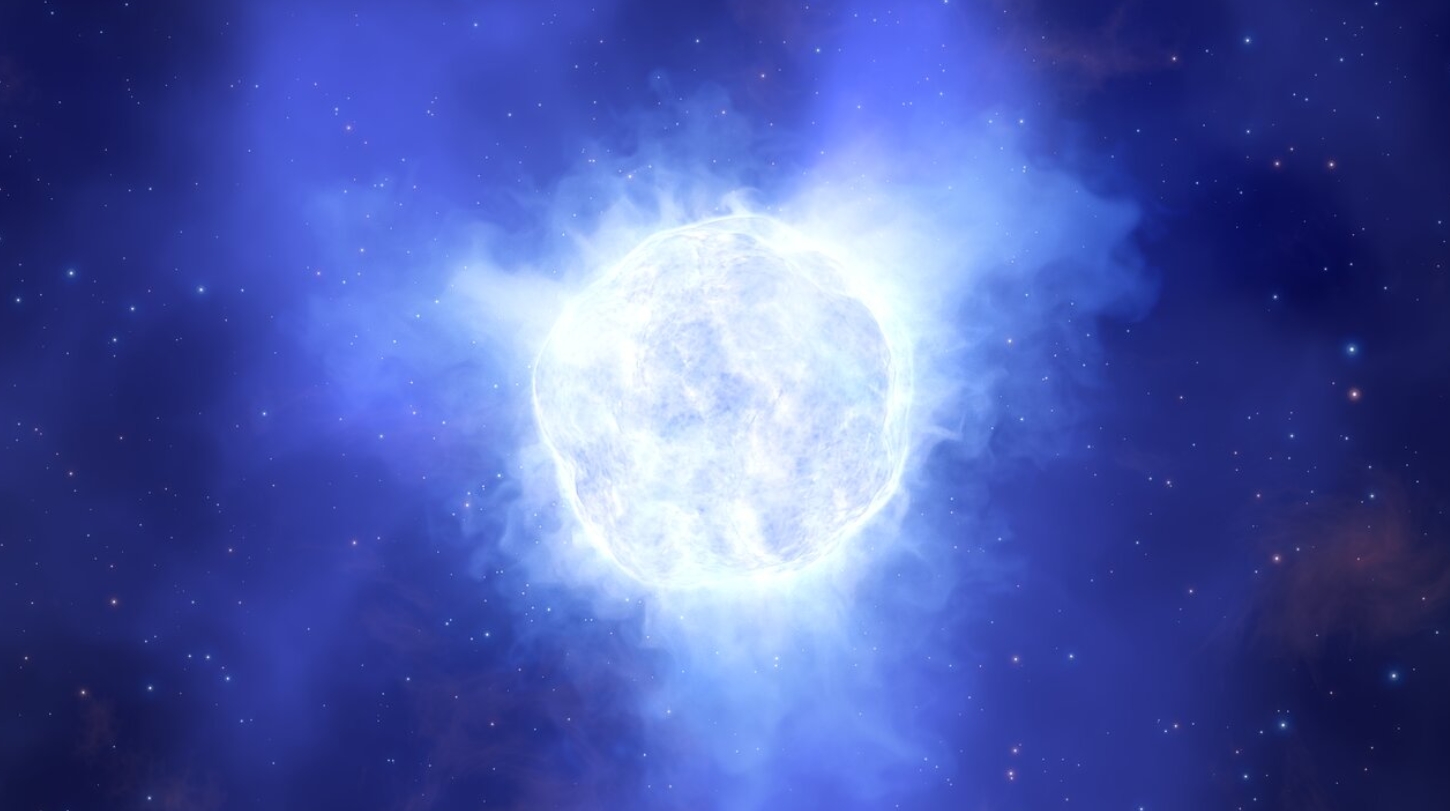 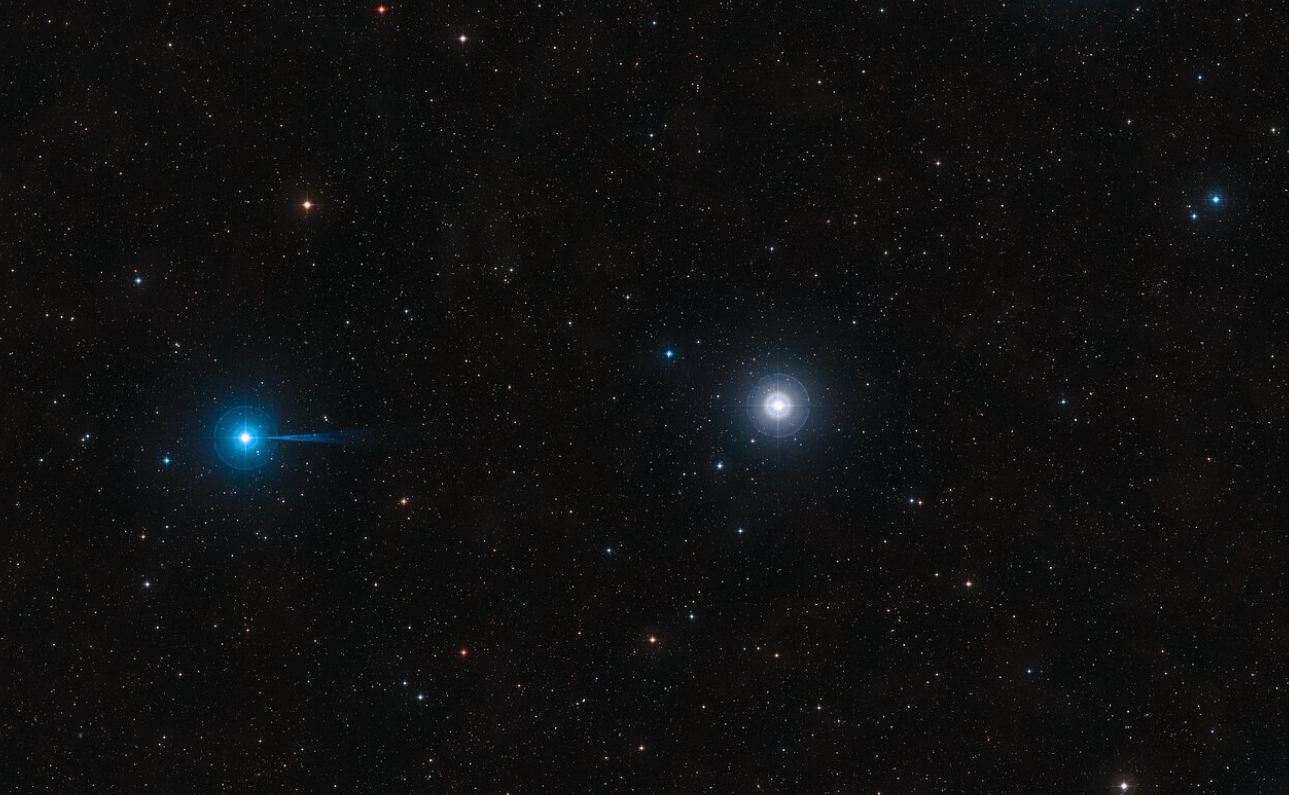 Luminous blue variable stars, such as this one, are inclined to experiencing massive outbursts over the course of their life, causing the stars' rate of mass loss to surge and their luminosity to dramatically increase.

Based on the observations, the astronomers have proposed two explanations for the star's disappearance and lack of supernova, related to the possible outburst.

The outburst may have resulted in the luminous blue variable being transformer into a star with less luminosity, which could also be partially hidden by dust.

Alternatively, the group said the star may have collapsed into a black hole, without producing a supernova.

"This would be a rare event: our current understanding of how massive stars die points to most of them ending their lives in a supernova," ESO wrote. "Future studies are needed to confirm what fate befell this star."

"The possible disappearance of a massive star in the low-metallicity galaxy PHL 293B" – Allan, A. P. et al. – Monthly Notices of the Royal Astronomical Society – https://doi.org/10.1093/mnras/staa1629

We investigate a suspected very massive star in one of the most metal-poor dwarf galaxies, PHL 293B. Excitingly, we find the sudden disappearance of the stellar signatures from our 2019 spectra, in particular the broad H lines with P Cygni profiles that have been associated with a massive luminous blue variable (LBV) star. Such features are absent from our spectra obtained in 2019 with the Echelle Spectrograph for Rocky Exoplanet- and Stable Spectroscopic Observation and X-shooter instruments of the European Southern Observatory’s Very Large Telescope. We compute radiative transfer models using CMFGEN, which fit the observed spectrum of the LBV and are consistent with ground-based and archival Hubble Space Telescope photometry. Our models show that during 2001–2011, the LBV had a luminosity L* = 2.5–3.5 × 106 L⊙, a mass-loss rate M˙=0.005−0.020 M⊙ yr−1, a wind velocity of 1000 km s−1, and effective and stellar temperatures of Teff = 6000–6800 and T* = 9500–15 000 K. These stellar properties indicate an eruptive state. We consider two main hypotheses for the absence of the broad emission components from the spectra obtained since 2011. One possibility is that we are seeing the end of an LBV eruption of a surviving star, with a mild drop in luminosity, a shift to hotter effective temperatures, and some dust obscuration. Alternatively, the LBV could have collapsed to a massive black hole without the production of a bright supernova.