The debris from famous Comet Halley strike Earth’s atmosphere usually in late October of every year. In 2012 the view of its debris on Earth, also called Orionids, will be seen most fully from October 20 – 22 and peak on the morning of Sunday, October 21. Forecasters from NASA expect 25 meteors per hour on peak time.

Viewing conditions will be favorable this year as the peak will occur just after the first quarter moon (48% full). A fairly thin Waxing Crescent Moon will set before midnight. 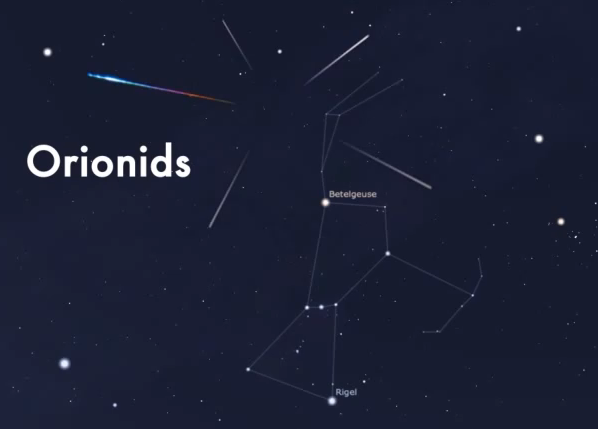 Halley’s Comet returns to the inner solar system every 75 or 76 years, and it’s bright enough to be seen by the naked eye. The comet’s last appearance in our skies came in 1986, and the next is due in 2061.

The shower’s radiant point is close to the celestial equator which means in both the northern and southern hemispheres astronomers can sit back and enjoy the show.