Lick observatory reported that a bright meteor fireball was seen streaking across the sky over the Bay Area, California on October 17, 2012 at 7:42 pm local time. They caught it on their security cameras.

The meteor appeared to be slow-moving sporadic fireball meteor and not related to the Orionids meteor shower as our planet shielded the cameras from the view. Some observers reported that a loud boom was associated with the event. 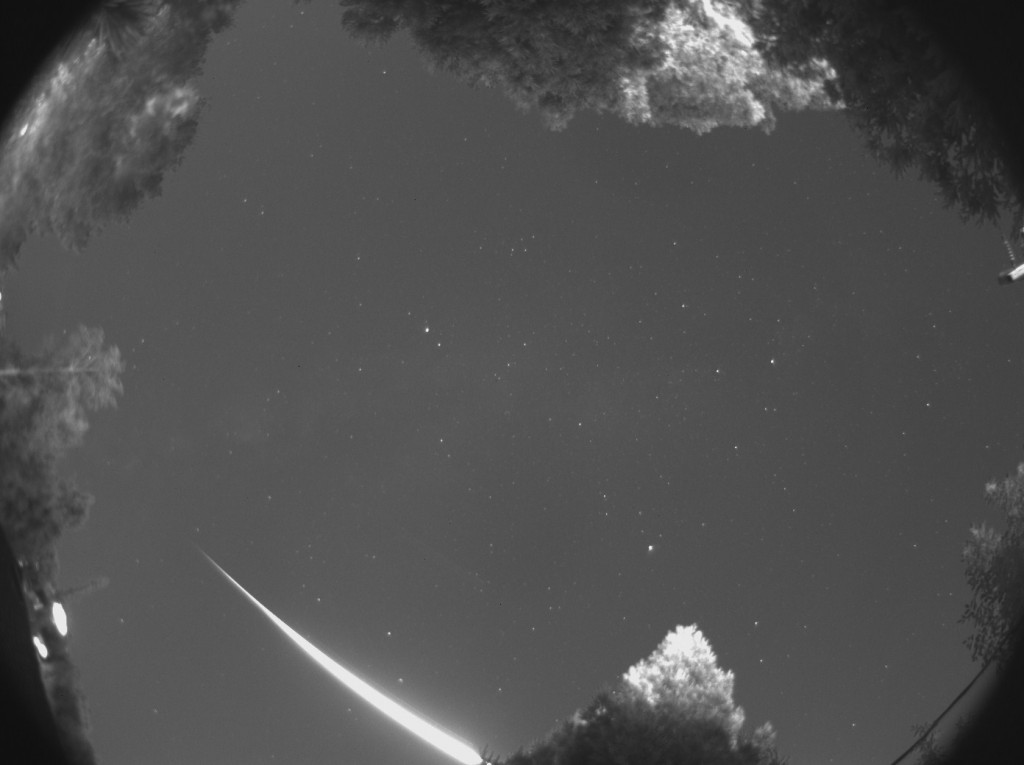 Clip of the meteor captured on police dash camera:


Lick Observatory posted two raw clips of the what they said was a meteor breaking up over San Jose taken by a security camera from the top of the observatory. Second video shows meteor starting at 0:42.

Check out lunarmeteoritehunters.blogspot.com to read or submit sighting reports.