EMSC reported magnitude 4.0 also but depth they recorded was 2km.

The Seabrook Station nuclear plant, about 101 km (63 miles) away in New Hampshire, declared an unusual event — the lowest of four emergency classifications — but said it was not affected. The plant has been offline for refueling.

“There has been no impact at all to the plant from the earthquake and our refueling maintenance activities have not been affected,” said Alan Griffith, spokesman for Next EnergyEra Seabrook Station. 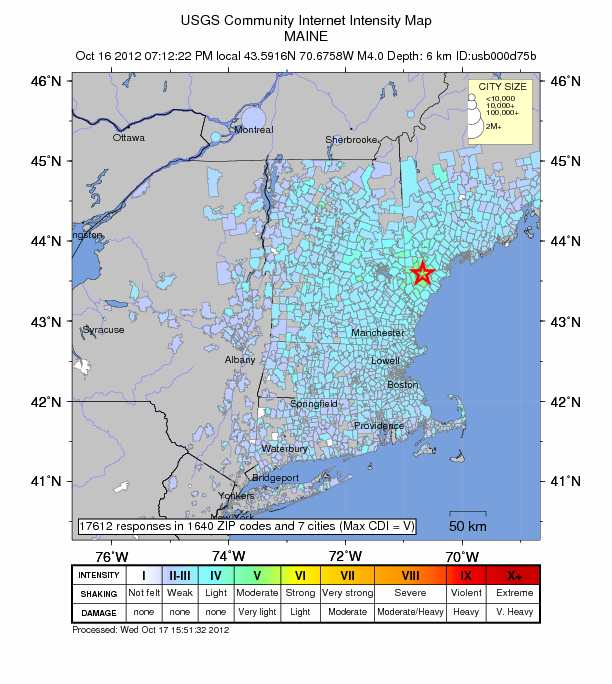 Earthquakes are rare in New England but they’re not unheard of.

In 2006 there was a series of earthquakes around Maine’s Acadia National Park. The strongest earthquake recorded in Maine occurred in 1904 in the Eastport area, near the state’s eastern border with Canada according to the Weston Observatory at Boston College. It had an estimated magnitude of 5.7 to 5.9.

East Coast quakes are rarely strong enough to be felt over a wide area. A quake of magnitude 5.8 on August 23, 2011, was centered in Virginia and felt all along the coast, including in New York City and Boston. Experts say the region’s geology can make the effects felt in an area up to 10 times larger than quakes of similar size on the West Coast.