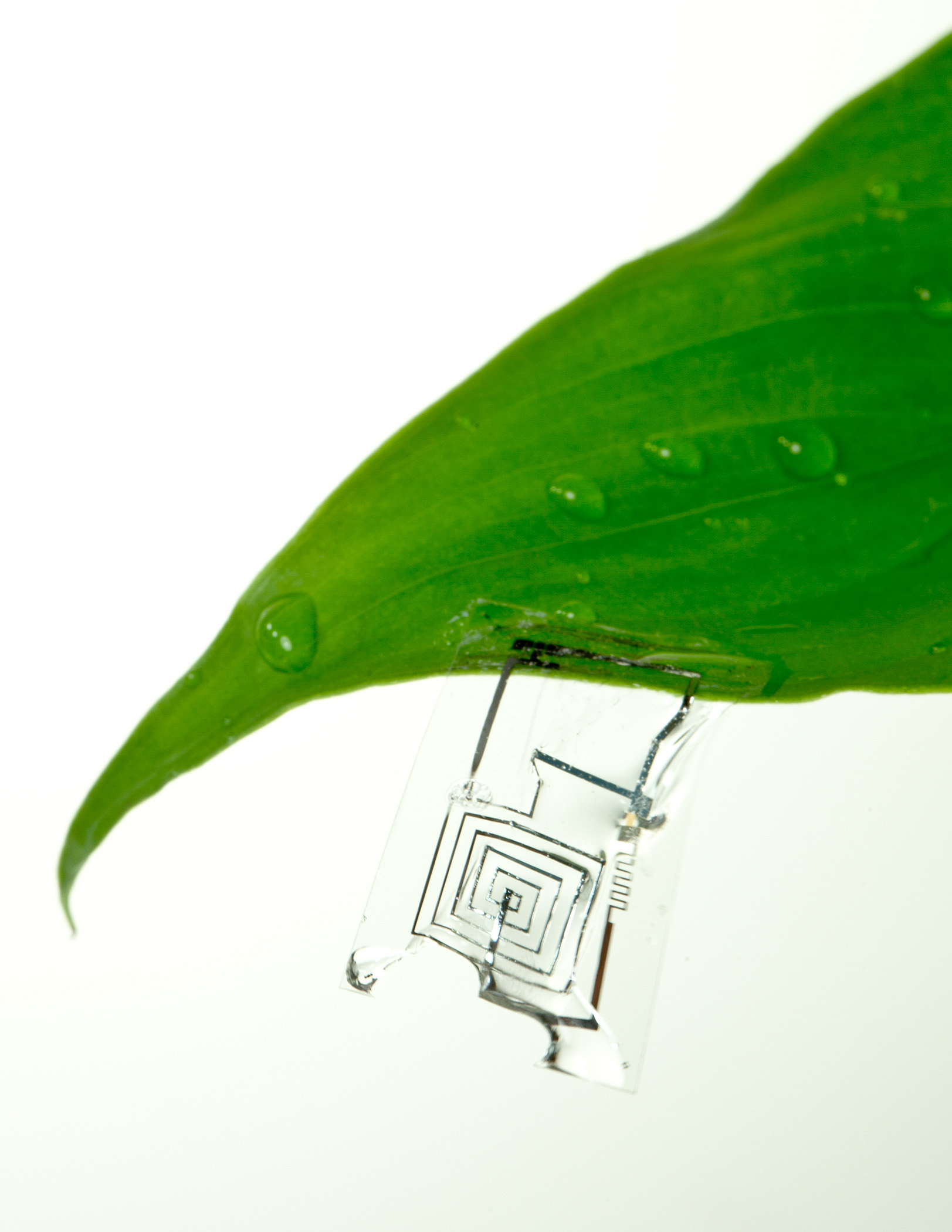 Researchers have developed biocompatible electronic devices able to serve as conventional electronics but unlike them, these can harmlessly dissolve into fluids. This characteristic opens up a complete array of possible applications like bioresorbable (can be broken down by the body, doesn’t require removal) medical implants, degradable environmental monitors and compostable consumer devices. Incorporating silicon from conventional circuits, magnesium as a conductor and silk protein for encapsulation of circuit, researchers created these thin electronic devices which can be dissolved into fluids in a programmed manner, called transient electronics. 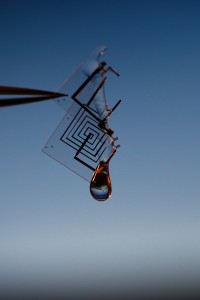 John A. Rogers, the Lee J. Flory-Founder Professor of Engineering at the U. of I., who led the research team said,

“We refer to this type of technology as transient electronics. From the earliest days of the electronics industry, a key design goal has been to build devices that last forever – with completely stable performance. But if you think about the opposite possibility – devices that are engineered to physically disappear in a controlled and programmed manner – then other, completely different kinds of application opportunities open up.”

Silicon, as used conventionally, does dissolve in biofluids but at a rate far too slower than what is suitable for transient electronics. Hence research team created nanomembranes (ultra-thin sheets) of  silicon, which are thin enough to melt with few drops of water. With that, they used magnesium electrodes and interconnects, magnesium oxide gate and interlayer dielectrics to build the circuits. These circuits are then encapsulated in silk layers, collected from silkworm cocoons, dissolved and re-crystallized. Dissipation rate is modified by carefully controlling the crystal structure of silk, timescales ranging from few minutes to hours or days or even years.

Illinois Professor John A. Rogers demonstrates a new type of electronics; made of silk, magnesium, and silicon, these electronics completely and harmlessly dissolve in water.

One particularly tantalizing usage will be surgical, wherein a thermal device is placed in surgical site before sewing it up. Then bacteria are exterminated using heat to prevent post-surgical infections. Interestingly, device can be powered up wirelessly using radio-frequency radiation. Provided that these are bioresorbable and components are supposedly non-toxic, these won’t cause any harm to the body. Project researchers demonstrated it successfully using rat-model. They were also able to create a 64 pixel camera. 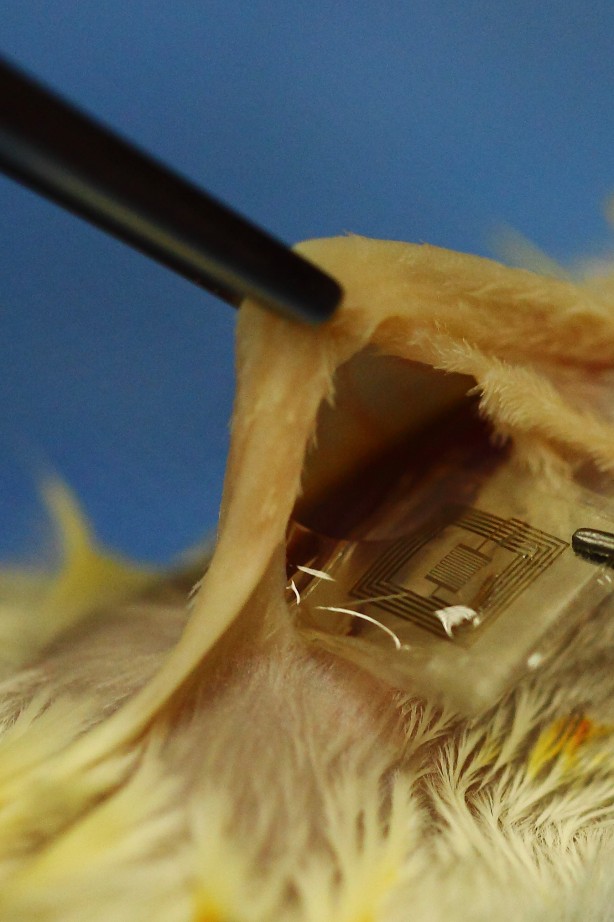 Silicon and magnesium exist in nature and are already in use for various medical implants and drug-delivery systems. As Liz Ahlberg states, amount of both used in transient electronics is considerably smaller than recommended daily allowance, magnesium’s level being lesser than normal physiological levels. John A. Rogers said,

“These classes of materials have been explored for use in intravascular stents, porous bodies for drug delivery, sutures and other non-electronic medical applications. We’ve figured out how to put those same materials together in ways that yield high-quality electronics, sensors and power delivery systems.”

Transient electronics can also be used as environmental monitors. For instance, it can be used for tracking oil/chemical spills by dispersing all over the spill. Thereafter, it degrades into compost without any ecological consequences. As more and more gadgets are being launched almost everyday, resulting production of more junk than ever; need for transience in consumer electronics has risen. Hence by introducing transience, transient electronics based devices or sub-parts will become compost rather than trash. Furthermore, these devices can very well be used in covert operations where they can simply disappear after serving their purpose. As Roger says, “Admittedly, we might not be perceiving all the potential uses. We’re still asking new questions,” this invention may prove cradle of more such creative ideas.

This research, supported by DARPA, was led by a team including biomedical engineers at Tufts University collaborated with researchers at the University of Illinois at Urbana-Champaign. Research also published in journal Science.