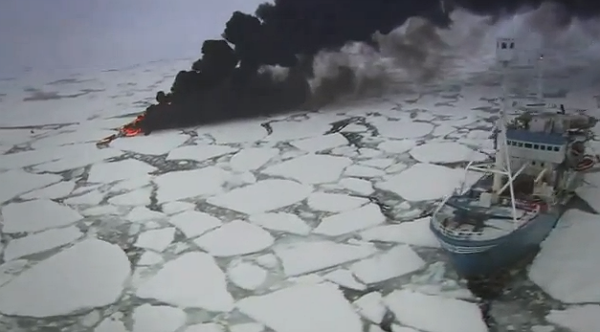 Arctic region is the world’s last untapped oil and gas reserves.With rapid ice melt the region becomes more accessible to oil and gas companies. Oil has been produced continuously onshore in the Arctic for several decades. Offshore drilling ﬁrst took place in the Arctic in the 1970s.

For the first time the major oil company has publicly spoken out against offshore oil exploration in the Arctic region, admitting that offshore drilling in Arctic waters is not a very good idea. Christophe de Margerie, CEO of TOTAL SA, the  fourth largest publicly traded oil and gas company in the world, said for the Financial Times the risk of a potentially devastating oil spill was too high and that “a leak would do too much damage to the image of the company.” However, company is will continue to extract natural gas off Alaskan northern coast pointing that gas leaks were easier to deal with than oil spills.


Worst-case scenarios may  be worse in the Arctic because the ability to manage  evolving situations is limited by environmental conditions  and the lack of appropriate infrastructure. In November 2010, the Pew  Environmental Trust released a report questioning the  capability of current infrastructure and technology to deal  with a spill in some Arctic areas, arguing that until there is  better research on marine ecosystems and the effects of  an oil spill on them, these areas should remain off-limits  to development.

TOTAL SA owns  a number of natural gas ventures in the Arctic region. Big oil and gas companies such as Royal Dutch Shell, Exxon Mobile, ENI, Gazprom and Statoil are already positioned and ready to drill in Arctic pristine environment.  Alaska coast, Greenland and Russia’s Siberia and Barents Sea are of the most interest to those companies. Shell Oil announced in September that it would be forced to postpone exploratory drilling into oil-bearing rock off the Alaskan coast after series of problems with equipment. 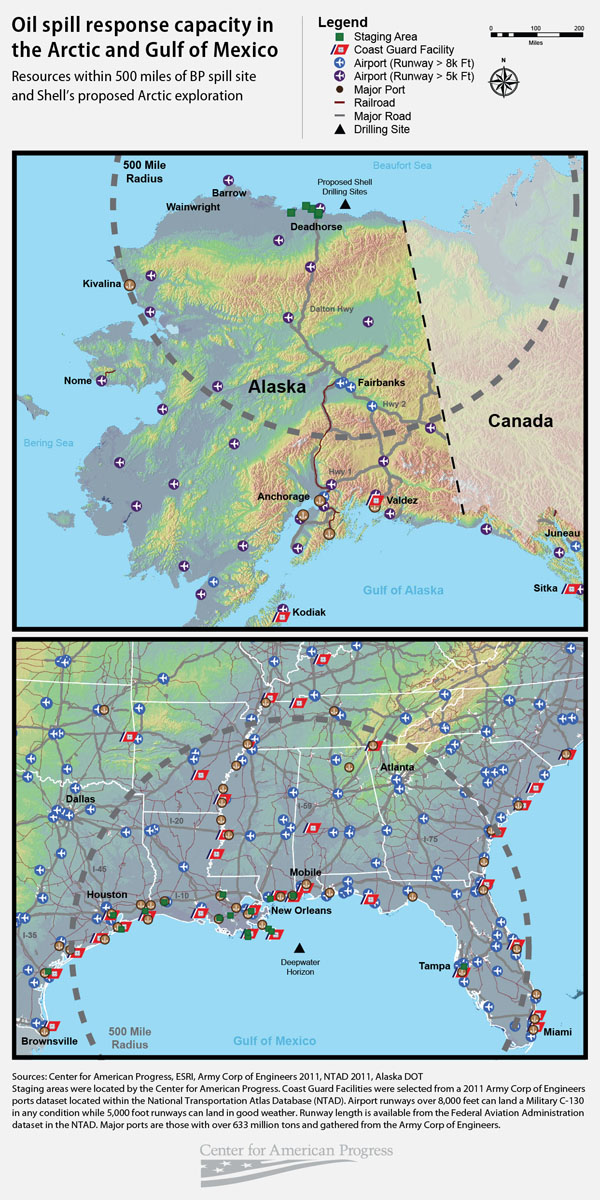 In September,  a British parliamentary committee also called for a halt to drilling in the Arctic Ocean until necessary steps are taken to protect the region from the potentially catastrophic consequences of an oil spill. According to committee chair Joan Walley, the shocking speed at which the Arctic sea ice is melting should be a wake-up call to the world that we need to phase out fossil fuels fast. And Lloyd’s Insurance of London called the Arctic drilling “a unique and hard-to-manage risk”, telling that a potential oil spill in region is “highly sensitive to damage”. WestLB Bank from Germany announced that the risks and costs are too high and it would not provide financing to any offshore oil or gas drilling in the region.

Environmental groups strongly oppose Arctic offshore drilling, pointing that ability to clean up spilled crude in ice is not managed well enough. The Arctic environment is, in general, highly sensitive to damage. As in the past, it is highly likely that future economic activity in the Arctic will further disturb ecosystems already stressed by the consequences of climate change. Construction of pipelines and roads, noise pollution from offshore drilling, seismic survey activity or additional maritime traffic, physical disturbance of the sea and seabed during drilling and break-up of sea ice contribute to environmental change that could irreversible change the Arctic region.

There is a range of potential pollution sources within the  Arctic, including mines, oil and gas installations, current  industrial sites and, in the Russian Arctic, nuclear waste  from both civilian and military nuclear installations, and  from nuclear weapons testing on Novaya Zemlya. However,  the risk of an oil spill, with multiple implications for the  way in which oil and gas companies drill and operate in  the Arctic, is probably the most relevant. It represents the  greatest risk in terms of environmental damage, potential  cost and insurance according to Lloyd’s report.

The Arctic has been known to contain oil and gas for over  two centuries. A petroleum reserve for the US Navy was  established in northern Alaska as early as 1923. In 2008, the United States Geological Survey estimated  that the Arctic contained some 412.2 billion barrels of  undiscovered oil and oil equivalent. Over two-thirds of this  was estimated to be natural gas – approximately 46 trillion  cubic metres, representing 30% of global undiscovered  natural gas (approximately equivalent to Russia’s entire  current proven reserves of natural gas 30). Some 90 billion  barrels were estimated to be oil – 13% of the estimated  global total of undiscovered oil, approximately three times  the current total proven reserves of oil of the United States  and more than three times the proven reserves of the  world’s largest non-state oil company, Exxon Mobil.