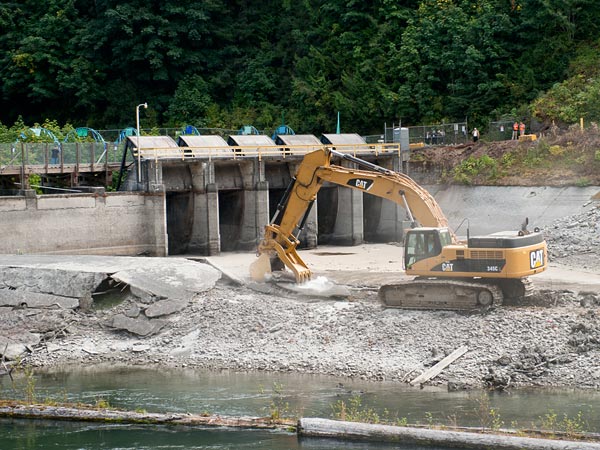 For nearly 100 years, the Elwha and Glines Canyon Dams have disrupted natural processes, trapping sediment in the reservoirs and blocking fish migrations, which changed the ecology of the river downstream of the dams.

Several decades after building tha Elwha and Glines Canyon dams, their drawbacks prompted a decision by the Department of the Interior to remove them. The project comprised the largest dam removal in U.S. history. Removal of the Elwha Dam started in September 2011 and concluded in March 2012. Glines Canyon Dam is expected to be completely removed by the summer of 2013.

The Elwha River arises from headwaters in the Olympic Mountains and flows northward across Washington, emptying into the Strait of Juan de Fuca. In the early twentieth century, Thomas Aldwell decided to harness the river’s energy and secured enough investment money to establish the Olympic Power Company.

In 1910, construction  on the Elwha Dam began in 1910 and three years after it began generating hydropower. In the 1920s, the construction of another dam began in the Glines Canyon. Elwha and Glines Canyon dams stopped the migration of fish upriver for spawning because of lack off fish ladders. Salmon and steelhead disappeared above the Elwha Dam. These fish species had provided food for more than 100 other wildlife species along the river.

The dams also changed the landscape. The construction of the Elwha Dam created Lake Aldwell, and the Glines Canyon Dam created Lake Mills. These reservoirs held back water but also sediment which could no longer replenish the riverbanks and coastline downstream. 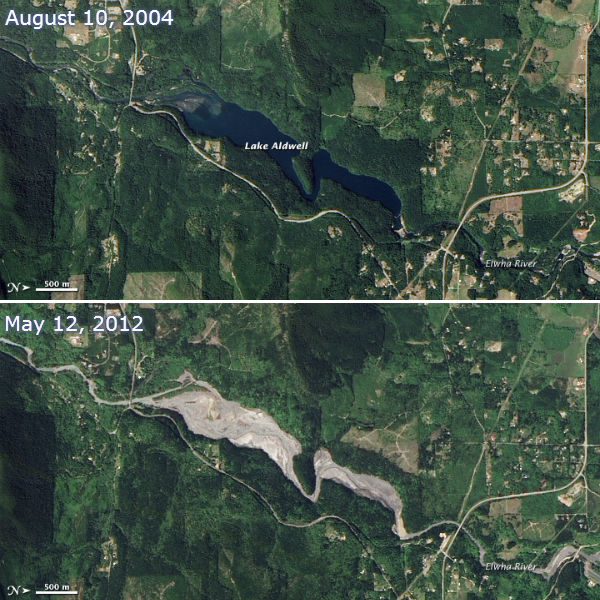 The project along the Elwha is also the biggest controlled sediment release. One of the biggest changes is likely to result from releasing sediment trapped in the reservoirs. The Elwha and Glines Canyon dams trapped an estimated 19 million cubic meters of sediment.

Researchers with the U.S. Geological Survey forecast that removal of the dams would release 7 to 8 million cubic meters of sediment downstream. Removal of the dams proceeded at a measured pace in order to prevent the release of too much silt, clay, and sand too quickly.

The material left behind was to be planted with native species. The recent satellite images show a work in progress. The reservoir had largely drained, but the sediment was still barren and awaiting replanting. 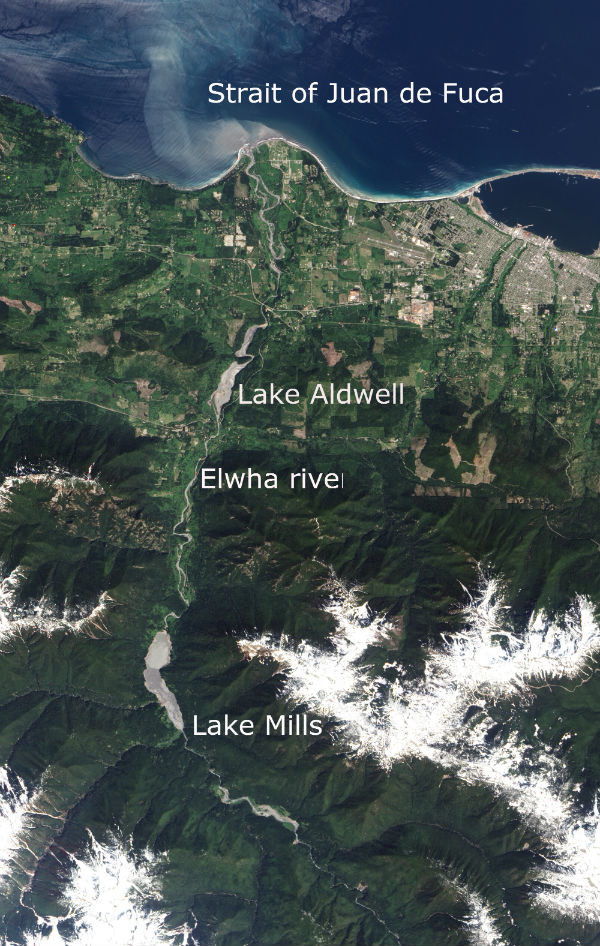 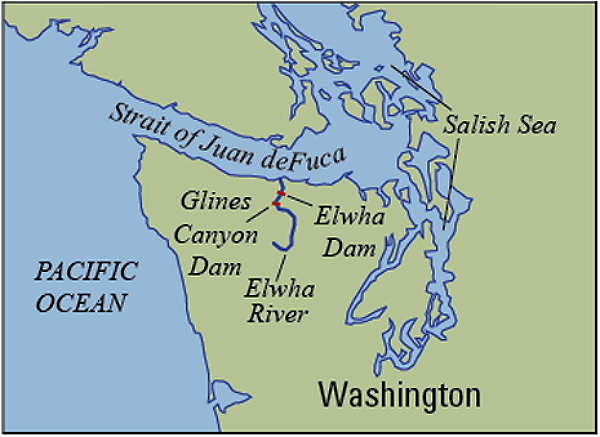