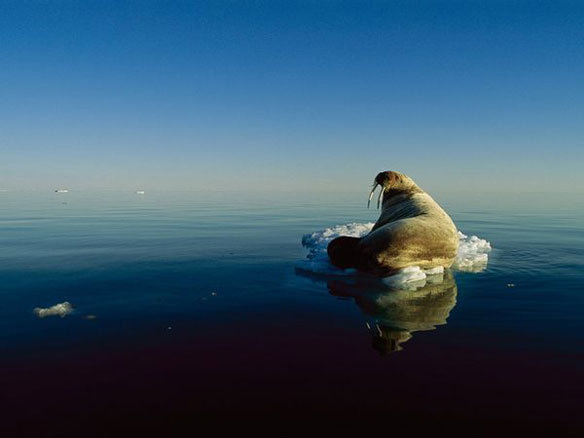 Ice volume in the Arctic has declined dramatically over the past decade.  Unprecedented rate of Arctic sea ice melt is set to reach its lowest extent ever recorded by the end of this week.

Current melt rate of more than 100,000 square kilometers per day is expected to rapidly increase over the weekend, aiming to break down the 2007 record. August has already broken its record. Daily sea ice extent data and area graphs suggest that all-time record has already been broken. 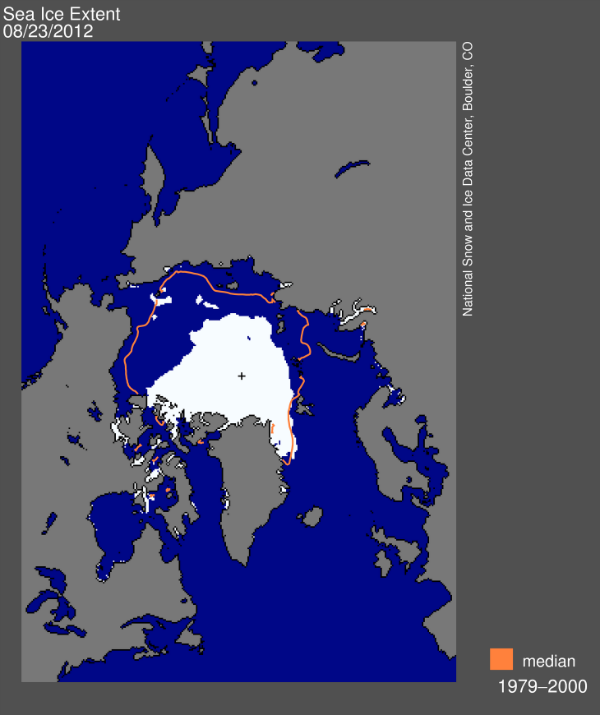 The University of Bremen reports ice extent below the all-time record low of 4.33m sq km recorded in September 2007.

“Unless something really unusual happens we will see the record broken in the next few days. It might happen this weekend, almost certainly next week,” Julienne Stroeve, (NSIDC)

Dramatic changes in sea ice cover started by storm spreading the ice pack out, allowing that way opening up the waterways for warmer water.

“The whole energy balance of the Arctic is changing. There’s more heat up there. There’s been a change of climate and we are losing more seasonal ice. The rate of ice loss is faster than the models can capture ” Julienne Stroeve, (NSIDC) 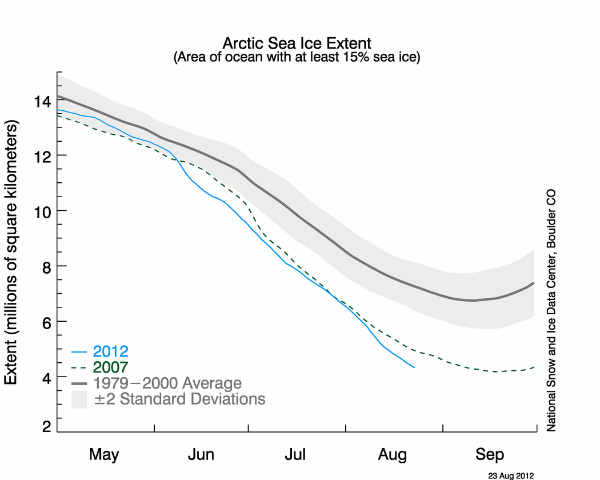 The ice-free season is far longer now –  from about a month period in 20 years ago till three months now. High temperatures last week in the Arctic were 14C, pretty warm for that region in this time of year.

The 2011 minimum was more than 50% below that of 2005. A new study by UK scientists suggests that 900 cu km of summer sea ice has disappeared from the Arctic ocean over the past year.

Polar region is expected to heat even more in the coming years caused by losing the Arctic’s ice coverage which reflects sunlight back into space. It could lead to an increase in ocean temperatures with unknown effects on weather systems in northern latitudes. 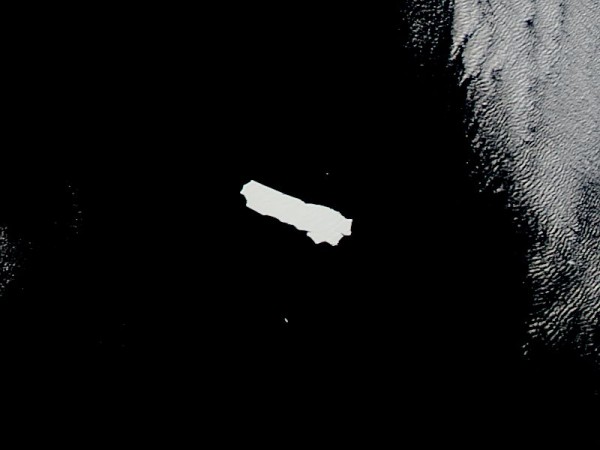 According to the research by Robert Mulvaney of the British Antarctic Survey, the warming of the north-eastern Antarctic peninsula began about 600 years ago. Based on an ice-core record, research show that temperature increases is within the bounds of natural climate variability.

“Antarctica is a continent surrounded by water, while the Arctic is an ocean surrounded by land. Wind and ocean currents around Antarctica isolate the continent from global weather patterns, keeping it cold. In contrast, the Arctic Ocean is intimately linked with the climate systems around it, making it more sensitive to changes in climate,”  NSIDC spokesman.