Multi-beam measurements on a mission of research vessel Arni Fridriksson earlier this summer revealed vast underwater mountain deep roots from the continental shelf of 120 nautical miles west of the peninsula. The unnamed mountain on the ocean floor off the west coast of Iceland was found by Iceland's Marine Research Institute (MRI Hafró). 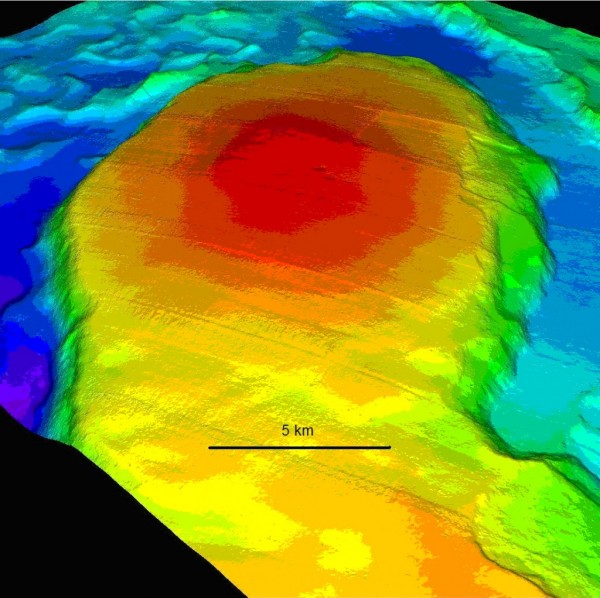 The mountain is in a plateau in the same area and it rises up from the ocean floor about 450 meters high. Sea depth of the mountain ranges from 950 - 1400 meters. MRI mapped 300 square kilometer in the region. However, it is only a small part of the entire zone, which is 754 thousand square kilometers. 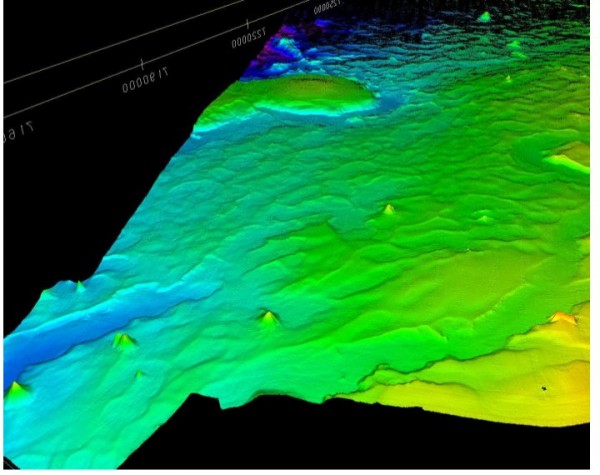 Researchers from MRI also discovered more mud volcanoes off the coast of Iceland. Some of them are reaching 350 meters off the ocean floor. They have only been found here in the land known phenomenon in many other countries where sedimentation is rapid and compression occurs, for example, the horizontal crustal movements.