Formation of a new tropical cyclone in west Pacific ocean

Formation of significant tropical cyclone is possible within 165 nm either side of a line from 23.3N 145.9E to 24.2N 140.8E within the next 12 to 24 hours according to latest report by Joint Typhoon Warning Center (JTWC). Winds in the area are estimated to be 18 to 23 knots. The system is moving west-northwestward at speed of 7 knots and it is located 230 nm east-southeast of Iwo-To, in Japan's territorial waters.

The good outflow is offset somewhat by strong (30-40 knots) northwesterly vertical wind shear. Dynamic models indicate the system will develop quickly as vertical wind shear decreases within the next 24 hours. System is expected to move westward toward Okinawa. 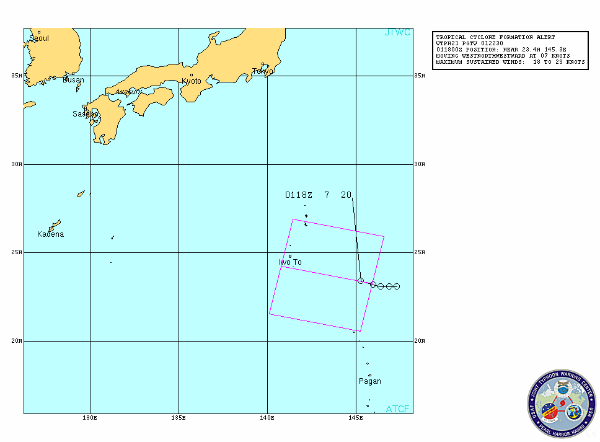 Minimum sea level pressure is estimated to be near 1002MB. According to JTWC, the potential for the development of a significant tropical cyclone within the next 24 hours is high. 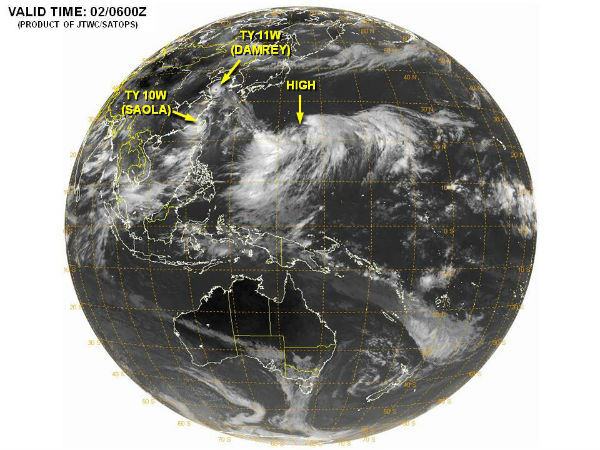