Dry conditions plagued the region of Argentina’s Laguna Mar Chiquita in June and July, 2012. Laguna Mar Chiquita straddles the border between the states of Santiago del Estero in the north, and Cordoba in the south. Cordoba was one of the states contending with reduced crop yields following drought conditions in late June 2012. According to the Foreign Agricultural Service, below-average precipitation continued in July. 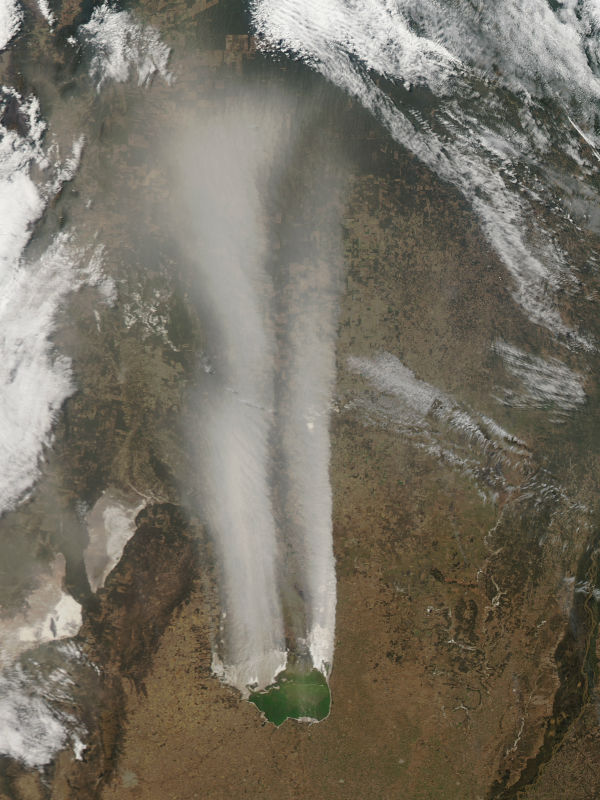 Laguna Mar Chiquita is a shallow lake that expands and shrinks, depending on available water. At its peak, the lake covers roughly 5,770 square kilometers (2,230 square miles), but it can shrink to about 1,960 square kilometers (760 square miles) during periods of extended drought. When the water level drops, winds can pick up the fine sediments around the lake perimeter and create dust storms. (EarthObservatory)