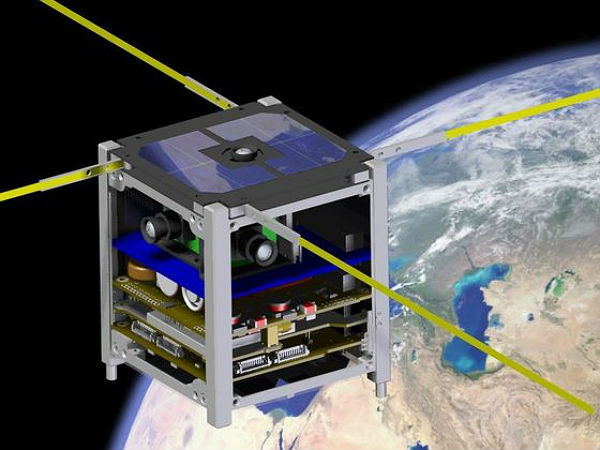 A small team of scientists and engineers is trying a new approach to space science — a model that takes its cues, and its funding, largely from private individuals. They propose to put a 1-kg satellite called ArduSat into space, and to make its sensors available to anyone who made a minimum contribution to the project. If the project is successful, it will be the first crowdsourced science mission in space. The technology itself is not the point — it’s getting space research into new hands.

The startup company behind the effort is NanoSatisfi, based at NASA’s Ames Research Center in California – though NASA has no formal ties to the project. 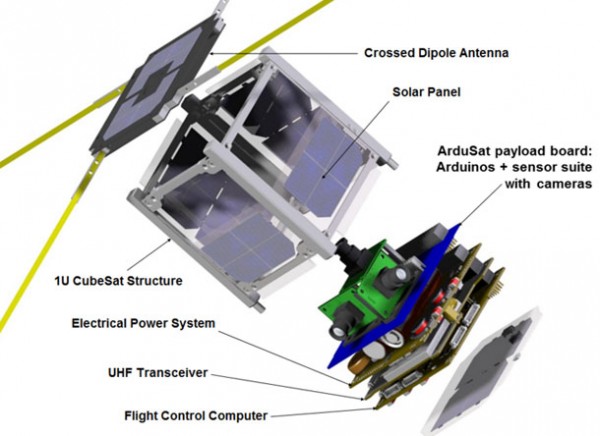 Projects suggested so far include measuring ozone levels, observing weather, watching for meteors, and taking spectra of bright stars and planets. All that equipment is relatively low-tech. NanoSatisfi will test custom experiments using prototypes in the lab and launched on a high-altitude balloon and a suborbital rocket.

This custom experimentation is possible because ArduSat will be built on Arduino hardware — inexpensive, programmable circuit boards popular with electronics hobbyists. That hardware will be tied to more than two dozen instruments packed into a package just 10 cm on a side. Planned equipment includes a magnetometer, a Geiger counter, a spectrometer, an infrared camera, a CO2 sensor, and more. Assuming a successful launch, ArduSat will run about 15 experiments per week during its 18- to 24-month lifetime. The satellite will beam the results of each experiment back to Earth, where they will be sent to the person who designed the test. ArduSat’s low orbit will eventually degrade, and the device will burn up in the atmosphere.

NanoSatisfi has to build a satellite that will survive not only the rough trip to space, but also the harsh environment it will find once it gets there. The tiny package doesn’t allow room for backup components, so both the hardware and the proposed experiments have to be tested exhaustively. If all goes well, the team hopes to have ArduSat in orbit in about a year. If successful, ArduSat may open the doors to further crowdsourced missions, bringing space science into yet more hands — possibly even yours.

Last month, the group started a fundraising campaign on Kickstarter, a website that solicits donations from the general public. Their initial target was $35,000. When the campaign wound down last Sunday, the tally stood at $106,330. Those donations came from 676 backers around the world. The single largest contribution came from CatN, a British internet hosting company that paid $10,000. But the majority of donations were from private space enthusiasts, says Jeroen Cappaert, an aerospace engineer on the NanoSatisfi team. Those who paid at least $325 have the chance to design a custom experiment using ArduSat’s sensors. (Smaller contributors can use the satellite to take pictures or broadcast a personal message.) The team is also working out how best to spend the extra $65,000 their Kickstarter campaign netted. Ideas include expanding the dimensions of the existing satellite, or building additional ones. 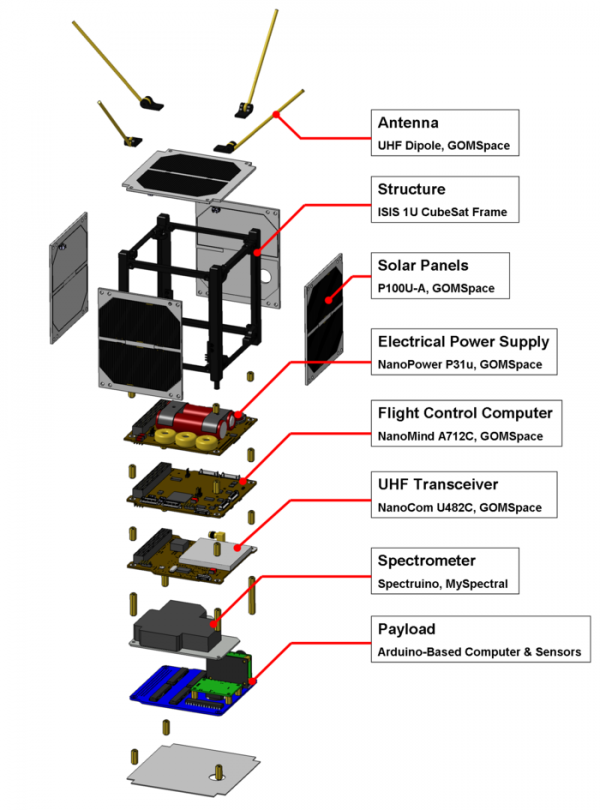 ArduSat is based on the 13-year-old CubeSat design, dozens of which are already in orbit taking measurements for governments and universities. Last year, six CubeSats rode made the trip to space with NASA’s environmental-observation NPP satellite, and seven more made the trip on an ESA rocket last March. How ArduSat will make it into space has yet to be determined, but Cappaert says his group is in talks with several potential launch partners around the world, including governments and commercial ventures.

Featured image: An artist’s impression of the ArduSat in orbit (Credit: NanoSatisfi)