Scientists have identified tropical and subtropical species of marine protozoa living in the Arctic Ocean for the first time. It looks like they traveled thousands of miles on Atlantic currents and ended up above Norway with an unusual-but naturally cyclic-pulse of warm water. Researchers point that it is not a direct result of overall warming climate. However, arctic waters are warming rapidly and such pulses are predicted to grow as global climate change causes shifts in long-distance currents.

The creatures in question are radiolaria-microscopic one-celled plankton that envelope themselves in ornate glassy shells and graze on marine algae, bacteria and other tiny prey. Radiolaria live only about a month, so it must have taken 80-some generations for some species to make the five- to seven-year trip. On the way, successive generations could have adapted to colder waters. The exotic creatures could offer a preview of climate-induced changes already overtaking the oceans and land, causing redistributions of species and shifts in ecology. 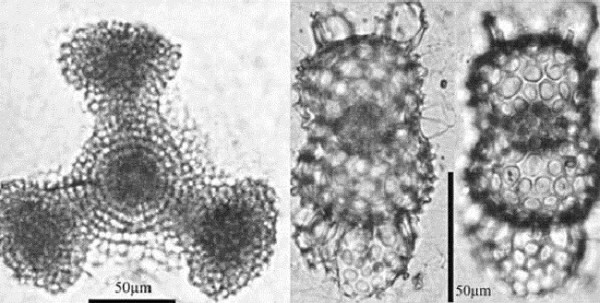 Different species inhabit characteristic temperature ranges, and their shells coat much of the world's ocean bottoms in a deep ooze going back millions of years. Climate scientists routinely analyze layers of them to plot swings in ocean temperatures in the past. The new study looks at where radiolarians are living now. The study, by a team from the United States, Norway and Russia, was just published in the British Journal of Micropalaeontology.

In 2010, a ship operated by the Norwegian Polar Institute netted plankton samples northwest of the Norwegian archipelago of Svalbard, about midway between the European mainland and the North Pole. When the coauthors analyzed the samples, they were startled to find that of the 145 taxa they spotted, 98 had come from much farther south-some as far as the tropics. Furthermore, the southern radiolaria were in different sizes and apparently different stages of growth for each species, indicating they were reproducing, despite the harsh conditions.

It was the first time since modern arctic oceanographic research began in the early 20th century that researchers had spotted a living population of such creatures in the northern ocean. 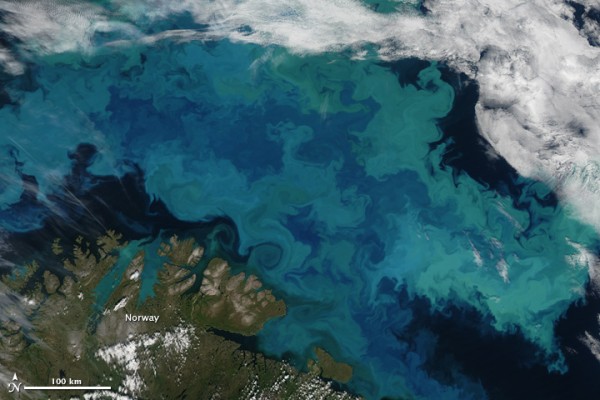 Tropic invaders were apparently swept up in the warm Gulf Stream, which travels from the Caribbean into the north Atlantic, but usually peter out somewhere between Greenland and Europe. Oceanographers have previously shown that sometimes pulses of warm water penetrate along the Norwegian coast and into the arctic basin. Such pulses have occurred in the 1920s, 1930s and 1950s. Well-dated fossils of foraminifera-protozoans closely related to radiolaria-found on the arctic seafloor suggest that warm-water plankton may have temporarily established themselves at least several times before-around 4200 and 4100 BC, and again around 220, 370 and 1100 AD.

Such pulses seem to be coming more often and penetrating further. The most recent pulse began in the early 1980s, and has lasted more or less to the present. Even without that, the arctic ocean itself is warming rapidly. With progressive loss of summer sea ice over past decades, average surface temperature has gone up as much as 5 degrees centigrade (9 degrees Fahrenheit) since 1950 in some patches.

Physical oceanographers have different ideas on the mechanics of how more southerly water - and the things living in it - may arrive in the arctic. However, most agree that it will happen if climate keeps warming. The North Atlantic Polar Gyre, a counter-current running near Greenland, is predicted to slow with warming. Atlantic currents might also respond to changing wind patterns, or to the increasing fresh water now pouring into the northern ocean from melting sea ice and glaciers. Either way, this could draw more southerly water into the north.

In 2009, the surface water in the sample area measured an extraordinary 7.5 degrees C (about 45.5F). A year later, when the samples were taken, it was down to a more normal level of 3.5C (38F), and yet the radiolarians were still there. Water temperatures may vary widely in the same latitude. Populations of some creatures may live for a while in a narrow tongue of temperate water, then wink out once that gets too diluted. 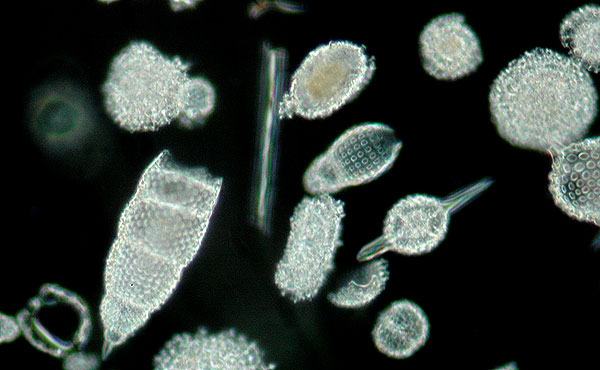 Warmer-water species are marching poleward, much as creatures are on land, where butterflies have been shifting ranges northward about 6 kilometers per decade, and amphibians and migratory birds are breeding an average of two days earlier.

A 2011 global study on the impact of climate change on fisheries says that many marine species are moving poleward or into deeper, cooler waters in response to warming - among other places, along the U.S. east coast, the Bering Sea, and off Australia.

The North Sea, off Scandinavia and the United Kingdom, has warmed about 2 degrees F in the last 50 to 100 years; there, 15 of 36 fish species studied have moved northward; fish more common nearer the Mediterranean-anchovy, red mullet, sea bass-are being caught by commercial fishermen, while cod, which prefer colder waters, are moving out. There is also evidence that zooplankton similar to the radiolaria are shifting northward in the North Atlantic. In the Pacific, poisonous algal blooms harmful to the shellfish industry are being detected farther north, into Alaskan waters.

In the arctic itself, earlier and faster melting of sea ice in the summer appears to be shifting plankton species assemblages toward smaller types. This could ultimately damage the food web that feeds much larger creatures, including seals, walruses and whales.

In the future, radiolaria may serve as useful indicators of how currents, and ecology, are changing. There are at least 60-some radiolaria species peculiar to the arctic; they may be quite different from the new arrivals, but too little is known about the life cycles of either group to say how either will react if they meet on a long-term basis, and how this might affect arctic ecosystems.