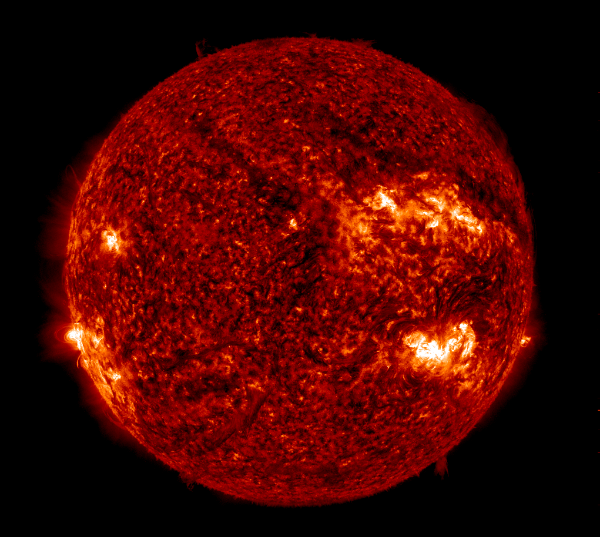 Another excitement day is over. Sunspot 1515 was very active today. It produced ten M-class solar flares backed up by ten more C-class flares.

At 11:44 UTC on July 5, 2012 furious Sunspot AR1515 peaked with M6.1 solar flare, the strongest flare so far. Today’s M6.1 eruption is a little over half the size of the weakest X-class flare. The event lasted for ten minutes.  Area of impact centered primarily on sub-solar point on the sunlit side of Earth can feel some effects. Limited blackout of HF (high frequency) radio communication for tens of minutes is possible. Immediately after this eruption a powerful Coronal Mass Ejection (CME) was observed but it looks like it’s not Earth directed.

The sunspot region 1515 has now spewed 14 M-class solar flares since July 3rd, NASA officials said in a statement today. This sunspot region is stretching more than 100,000 kilometers long (62,137 miles ) in length. Region 1513 grew as well but did not produce any further M-class activity since yesterdays report. 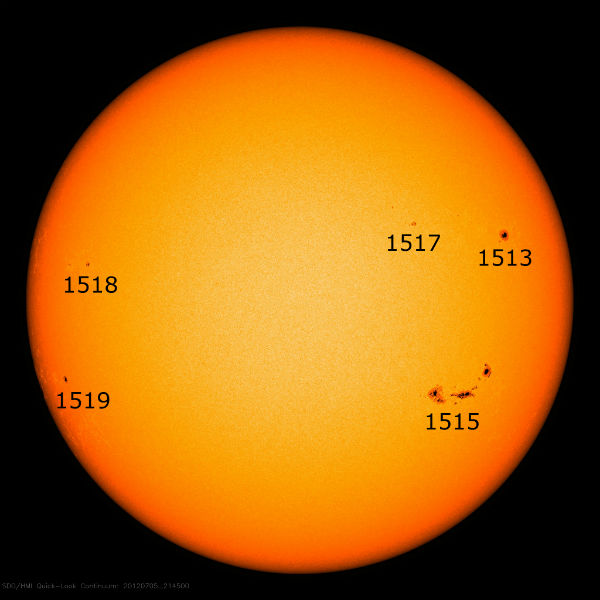 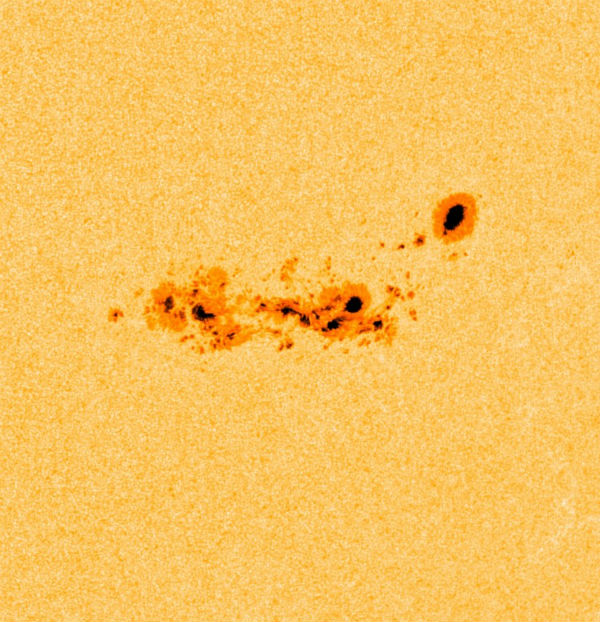 On July 4th, sunspot AR1515 hurled five big CMEs into space. Most flew south of the ecliptic plane (the orbital plane of the planets).  Geomagnetic storming is expected early on July 7th as a pair of coronal mass ejections observed on July 4th make their way past Earth.  Significant storming is not expected, but periods reaching the G1 (Minor) level are possible.  According to analysts at the Goddard Space Weather Lab, the cloud will reach Earth on July 7th around 06:00 UTC. High-latitude sky watchers should be alert for auroras! And Earth is still inside a stream of solar wind flowing from one of the biggest  coronal hole in cycle which is expected to peak in mid-2013.

Elevated solar flare activity continues at this time with levels reaching the R2 (Moderate) radio blackout level  yesterday and today. As the electrons slice through the sun’s atmosphere, they generate a ripple of plasma waves and radio emissions detectable on Earth 93 million miles away. More radio bursts are in the offing as AR1515 and AR1513 crackle with magnetic explosions.

During a solar flare, the sunlit side of the Earth is bombarded by X-Ray emissions and UV radiation. This causes high ionization and electron density that will impact our Ionosphere primarily in the D-Region located 60 to 90km in altitude. This will lead to radio wave signal fading (radio blackout) over a wide range of frequencies. 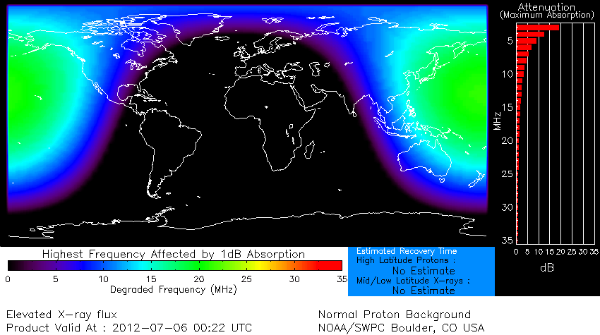 Solar activity was high. Region 1515 (S17W36) produced an M6/1b at 05/1144Z along with several low-level M-class flares. The region continued to grow slightly in areal coverage and maintained a beta-gamma-delta magnetic configuration. Region 1513 (N15W52) grew as well but did not produce any further M-class activity since yesterdays report. Solar activity is expected to be moderate with a chance for X-class flares for the next three days (06-08 July).

The geomagnetic field was quiet to unsettled with an isolated active period due to residual effects from a coronal hole high speed stream (CH HSS). Solar wind speed decreased throughout the period to approximately 475 km/s. The greater than 2 MeV electron flux at geosynchronous orbit was at high levels throughout the period.

The geomagnetic field is expected to be mostly quiet on days one and two (06-07 July) as effects from the CH HSS subside. Unsettled to active conditions are likely on day three (08 July), with a chance for isolated minor
storm periods, due to effects from the CME associated with the M1/2n flare observed at 04/1639Z from Region 1513.

Update: SDO is down again. You can watch SDO data here also.