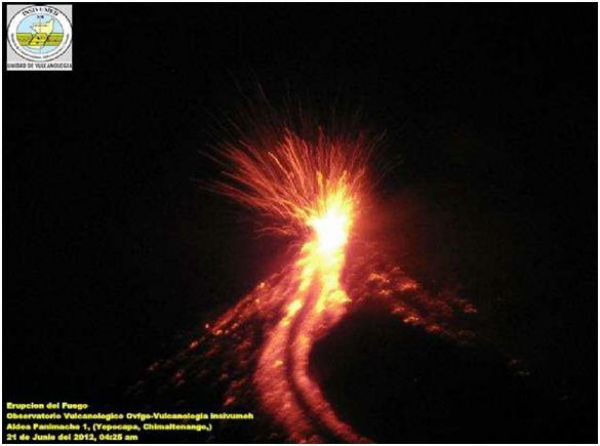 Fuego volcano continues to produce lava flows and strong strombolian explosions. CONRED warned about possibly pyroclastic flows that could be generated by collapsing lava flow fronts and incandescent material rolling down the steep upper slopes of the volcano as has occurred before during the ongoing strong eruptive phase. The CONRED system maintains constant monitoring.

INSIVUMEH reported that during 14-15 and 17-18 June explosions from Fuego produced ash plumes that rose 300-800 m above the crater and drifted WSW, E, and NE. Explosions generated rumbling sounds and shock waves detected in areas as far as 6 km away. Tephra avalanches descended the SW flank, into the Ceniza drainage, and lava flowed 200 m SW, into the Taniluya drainage. Pulses of incandescence rose 50-75 m above the crater. During 18-19 June lava flows advanced 50 m and block avalanches reached vegetated areas. 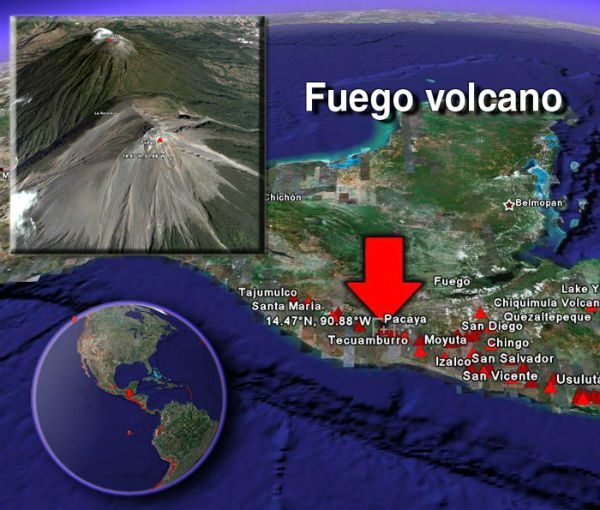