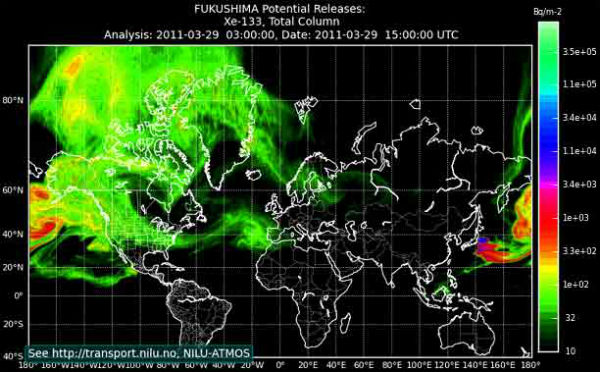 Even as thousands of residents pondered the implications of the nuclear disaster in Fukushima Prefecture last year, Japanese government officials took little notice of up-to-the-minute high radiation measurements provided by the U.S. Energy Department. A Japanese minister apologised Tuesday for the nation’s failure to make use of a United States-made map showing how radiation was spreading from crippled reactors in the days after the Fukushima crisis. Tokyo admitted that confusion among government departments meant the map was never used and evacuees were not directed away from areas where radiation from the leaking nuclear plant was spiking. US military aircraft collected radiation data in areas around the Fukushima Daiichi plant, which was hit by the earthquake and tsunami of March 11, 2011, sending three reactors into meltdown.

“It is extremely regrettable that (the information) was not used by the government. I apologise to the people who were affected.” Industry Minister Yukio Edano


The survey was conducted from March 17 to 19 for the US Department of Energy. It showed that radioactive fallout was concentrated in areas northwest of the plant. It was passed to the Japanese government, which did not have full knowledge of what was happening with the plant and had failed to inform people living in the area which direction they should head to avoid the fallout. The map was shared with the Japanese foreign ministry, which forwarded it to the nuclear and industrial safety agency and the science ministry. But it was never sent to the prime minister’s office, which did not advise people to avoid the high risk areas shown on the map.

Although no one is “officially” recorded as having died as a direct result of the radiation, it forced tens of thousands of people from their homes, with many still unable to return. 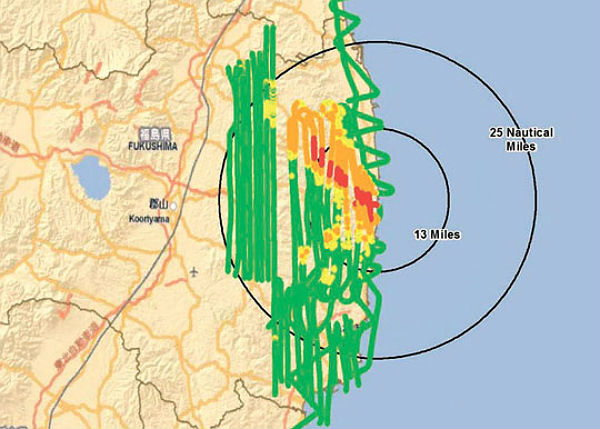 Scientists say contamination has made some areas around the plant unfit for farming and fishing for many decades to come. Japan, which at the weekend decided to restart two idled nuclear reactors after the last of its 50 working reactors was shut down in early May, will spend the next four decades demolishing the wrecked Fukushima plant. 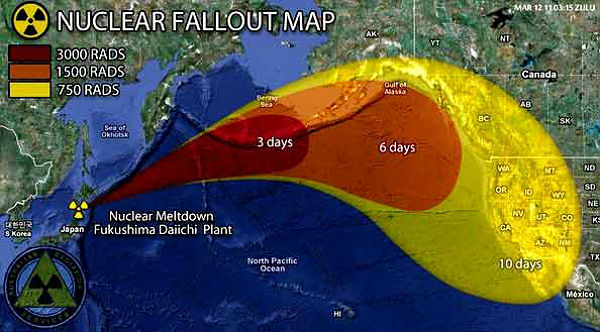