This year's first typhoon - Sanvu, is located 60 nm southwest of island Iwo To near Japan and is moving northwestward at speed of 9 knots according to Joint Typhoon Warning Center (JTWC). System generated winds of 75 knots (140km/h or 87 mph) with gusts of 90 knots (167 km/h or 104 mph). Sanvu produced maximum significant wave heights of 9,5 meters (31 feet). 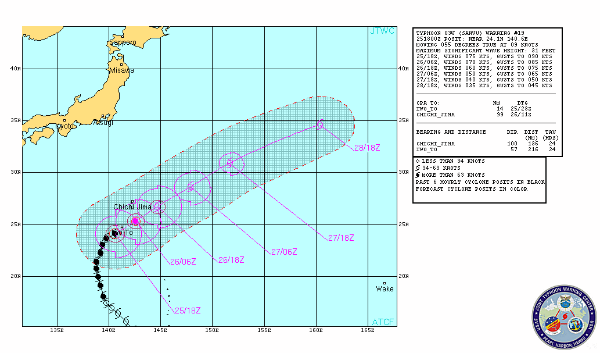 Sanvu first formed as a tropical depression over the western Pacific Ocean on May 21, 2012, strengthened to a tropical storm the same day, and became a typhoon two days later. Typhoon Sanvu has become the year's first typhoon, and the first such storm since early October 2011. No major land masses are under threat from Sanvu, which will track near a few small remote islands later in the week. Typhoon Sanvu is expected to veer northeast to the open Pacific Ocean after weakening to a tropical storm. 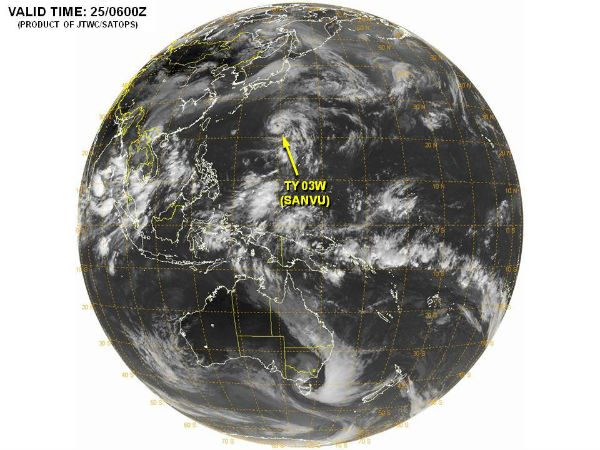