The combination of an unstable air mass, a retreating frontal boundary, and an approaching upper-level disturbance ignited a round of severe thunderstorms across eastern New Mexico and the western Texas Panhandle on May 21, 2012, according to report issued by National Weather Service from Amarillo, Texas.

One supercell thunderstorm developed over Oldham County, Texas and slowly drifted southward. This storm produced a tornado 6,4 km (4 miles) northwest of Adrian and hail up to the size of golfballs. The tornado was rated EF-0 with winds estimated of 105 km/h (65 mph).  It was on the ground for 3 minutes with a path length of more than 900 meters (1,000 yards).  The tornado was estimated to be about 90 meters (100 yards) wide. (Report) 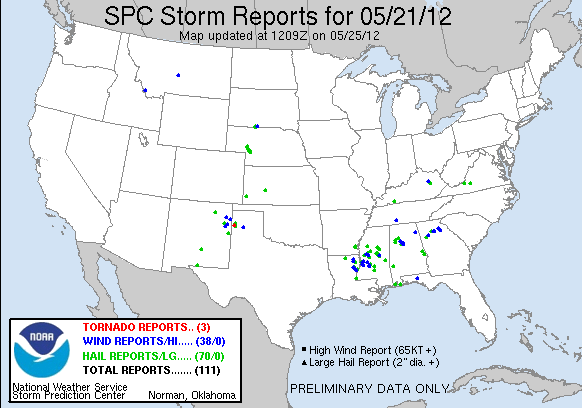 The supercell thunderstorm was eventually overtaken by a line of storms moving out of eastern New Mexico.  A squall line of thunderstorms became well-established across the southwestern Texas Panhandle and moved to the southeast.  This line of storms quickly became a wind threat, and in fact, a 100 km/h (61 mph) wind gust was recorded in downtown Amarillo. 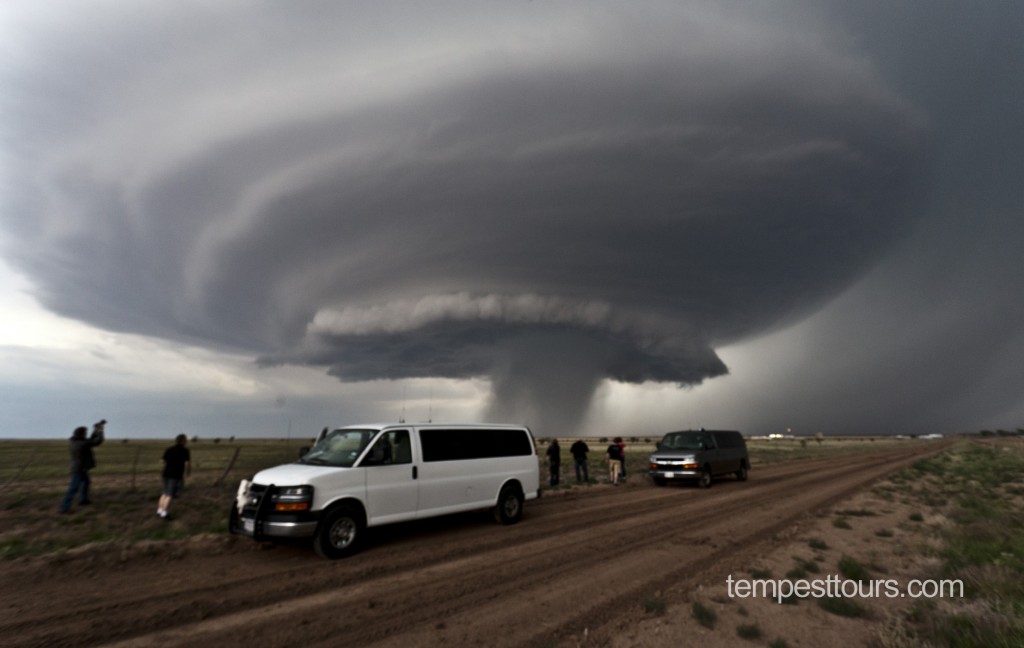