Tropical Storm 03W named as Sanvu, is on track to become the first typhoon of the year. According to latest JTWC warnings, the storm is located approximately 545nm south of island Iwo To and is currently moving northwestward at speed of 8 knots. 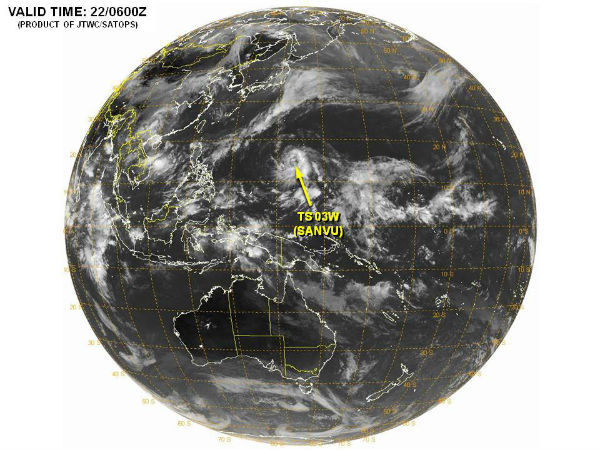 Further strengthening to at least a minimal typhoon was forecast by the JTWC for Wednesday or Wednesday night. JTWC forecasters cited favorable winds aloft and tropical warmth in the sea surface. Heading away from Guam and the Mariana Islands, Sanvu would have the small, remote Volcano Islands as the only land in its likely path, according to the JTWC. 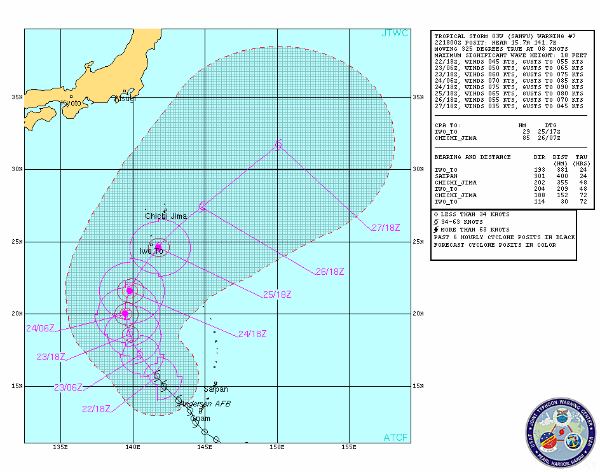 The NASA/TRMM satellite saw the intensifying storm on 22 May 2012 at 1535 UTC when wind speeds had reached to over 45 kts (~52 mph). Data from TRMM's Microwave Imager (TMI) and Precipitation Radar (PR) instruments show that Sanvu had a very large area of heavy rainfall wrapping around the northeastern side. TRMM's PR also shows that the highest convective storm towers, reaching to heights above 16km (~9.9 miles), were in a feeder band on the southeastern side. 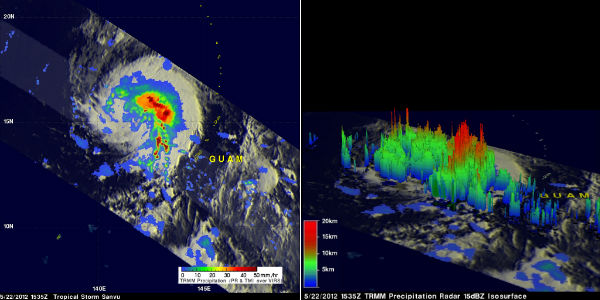 Sanvu was forecast to pass near the island of Iwo To on Friday, then to veer northeastward over open seas.