Mexico’s Popocatépetl volcano became increasingly restless in May, 2012, expelling large plumes of gas and ash, as well as ejecting incandescent fragments from the crater. 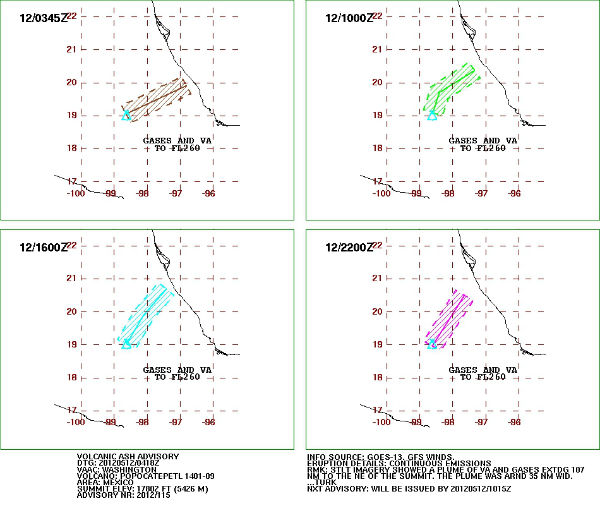 According to Centro Nacional de Prevención de Desastres (CENAPRED), on that same day gas-and-ash plumes were expelled 1.5 km (4,921 ft) above the crater and drifted N, NE, and E. Light ashfall was reported in Atlixco (25 km SE) and San Juan Tianguismanalco (22 km SE). Also, during 5-7 May, incandescent fragments ejected from the crater landed on the flanks as far as 500 m (1,640 ft) away. Earlier in the month, on May 3, another large ash plume rose and fragments were tossed as far as 800 m (2625 ft) along the volcanic flanks. There have been intermittent tremblings of seismic activity throughout the month as well. 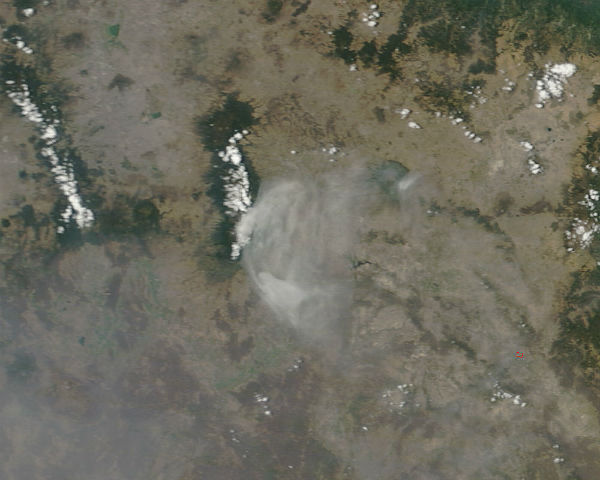 Popocatépetl, one of Mexico’s most active volcanoes, is located about 70 km southeast of Mexico City. The volcano awakened from a nearly 50 year dormancy in 1994 and, since that time, “Popo” has been producing intermittent powerful explosions. A major eruption in 2000 forced the evacuation of nearly 50,000 people. In mid-April, CENAPRED raised the alert level from Yellow Phase Two to Yellow Phase Three, the third highest warning on a seven-step scale. (MODIS)