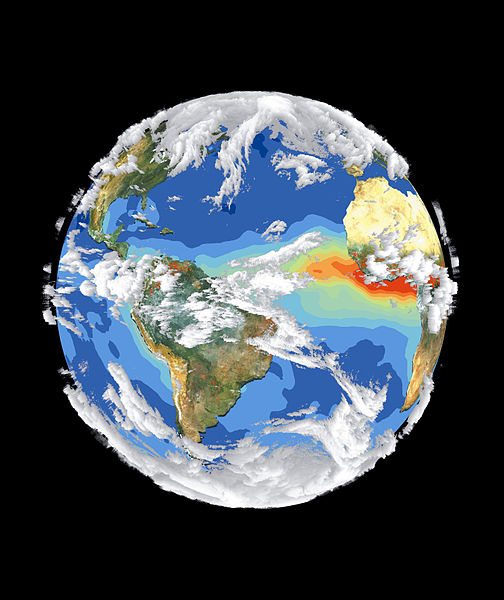 A new National Research Council report says that budget shortfalls, cost-estimate growth, launch failures, and changes in mission design and scope have left U.S. earth observation systems in a more precarious position than they were five years ago.

The report cautions that the nation’s earth observing system is beginning a rapid decline in capability, as long-running missions end and key new missions are delayed, lost, or cancelled.

“The projected loss of observing capability will have profound consequences on science and society, from weather forecasting to responding to natural hazards,” said Dennis Hartmann, professor of atmospheric sciences at the University of Washington, Seattle, and chair of the committee that wrote the report.

“Our ability to measure and understand changes in Earth’s climate and life support systems will also degrade.”

The report comes five years after the Research Council published “Earth Science and Applications From Space: National Imperatives for the Next Decade and Beyond,” a decadal survey that generated consensus recommendations from the earth and environmental science and applications community for a renewed program of earth observations.

The new report finds that although NASA responded favorably and aggressively to the decadal survey, the required budget was not achieved, greatly slowing progress.

Changes in program scope without commensurate funding, directed by the Office of Management and Budget and by Congress, also slowed progress. A further impediment, the report says, is the absence of a highly reliable and affordable medium-class launch capability.

Despite these challenges, NASA has been successful in launching some of the missions in development when the survey report was published. It has also made notable progress in establishing the “Venture-class” program, as recommended in the decadal survey.

The suborbital program and the airborne science program are additional areas where significant progress is being made. In accord with the decadal survey’s recommendations, NASA also aggressively pursued international partnerships to mitigate shortfalls and stretch resources.

In the near term, the report concludes, budgets for NASA’s earth science program will remain inadequate to meet pressing national needs. Therefore the agency should focus on two necessary actions: defining and implementing a cost-constrained approach to mission development, and identifying and empowering a cross-mission earth system science and engineering team to advise on the execution of decadal survey missions.

The report also reviews the state of NOAA’s satellite earth observation program, an integral part of the decadal survey’s overall strategy and tied to the success of NASA’s program.

Budget shortfalls and cost overruns in NOAA’s next generation of polar environmental satellites account for the slow rate of progress. An interagency framework, recommended in the decadal survey to assist NASA and NOAA in optimizing resources, has yet to be realized.

This framework is even more crucial now that both agencies face fiscal constraints, and its importance is reiterated in the present report.