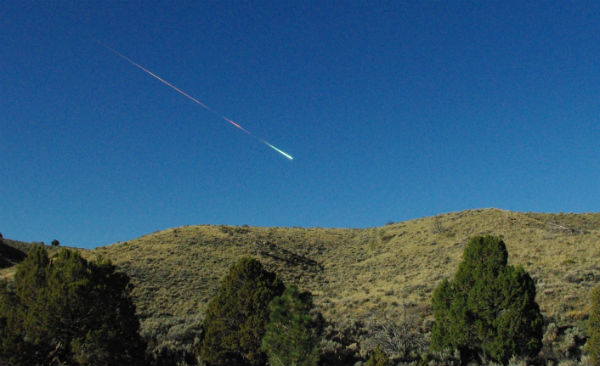 On Sunday morning, April 22, 2013 the loud explosion rattled homes from central California to Reno, Nevada, and beyond. A spectacular fireball exploded over California's Sierra Nevada mountain range. Some people reported seeing a brilliant light streak across the sky at the same time. Sightings occurred over roughly a 600-mile line across the two states, including Reno, Elko and North Las Vegas in Nevada, and the San Francisco, Sacramento and Bakersfield areas in California. No damages or injuries were immediately reported. There were no reports of earthquakes at the time.

According to Bill Cooke, head of NASA's Meteoroid Environment Office, the source of the blast was a meteoroid about the size of a minivan. Cooke said that this was a big event with estimated energy at a whopping 3.8 kilotons of TNT before it broke apart in the atmosphere. That is about one fourth the energy of the 'Little Boy' bomb dropped on Hiroshima. This meteor was probably not a Lyrid; without a trajectory – it is more likely that it was a background or sporadic meteor. Dan Ruby, associate director of the Fleischmann Planetarium at the University of Nevada, Reno, also said it’s unlikely the fireball had anything to do with the current peak of the Lyrid meteor shower. 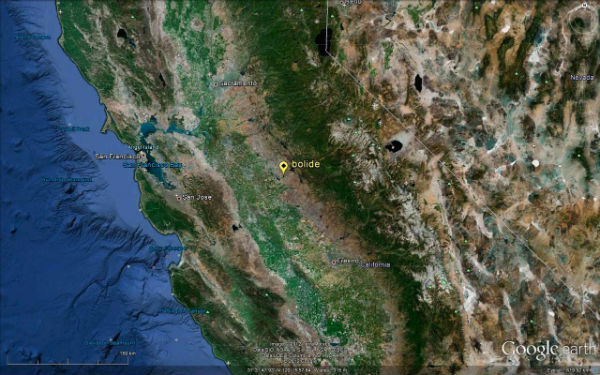 Robert Lunsford of the Geneseo, N.Y.-based American Meteor Society said that his one was extraordinarily bright in the daylight. Lunsford said it’s “pretty rare” for fireballs to produce a loud explosion. For that to happen, he explained, the meteor must have survived intact until breaking up about five miles above Earth. Most fireballs are visible at 50 miles above Earth. When people hear sonic boom or loud explosion, that’s a good indication that some fragments may have reached the ground.

Some reports indicate that the main body was bright green and the head was bright red and white. After the flash, it broke up into pieces. And all this was happening at full sunlight. When would-be meteors are traveling through space, they are known as meteoroids to astronomers. When they enter Earth's atmosphere to create fireballs, they are called meteors. Only fragments that actually reach Earth's surface are called meteorites.

The fact that sonic booms were heard indicates that this meteor penetrated very low in atmosphere, which implies a speed less than 15 km/s (33,500 mph). According to Bill Cooke,  a mass for the meteor was of around 70 metric tons. Hazarding a further guess at the density of 3 grams per cubic centimeter (solid rock), he calculate a size of about 3-4 meters. There were also strong signal readings at 2 stations, enabling a triangulation of the energy source at 37.6N, 120.5W. Elizabeth Silber at Western University has searched for infrasound signals from the explosion. Infrasound is very low-frequency sound which can travel great distances. 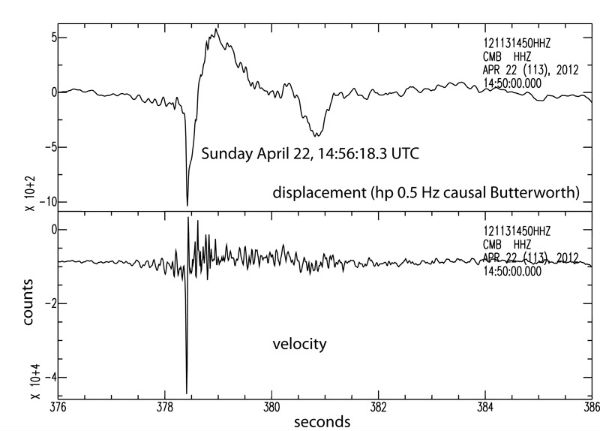 HERE is a link to video that was sent to KTVN news by Lisa Warren.

Here is the video from FOXNews which suggests that this fireball could be part of Lyrid family and that it's the size of softball. According to expert reports it is the size of minivan and not the softball.