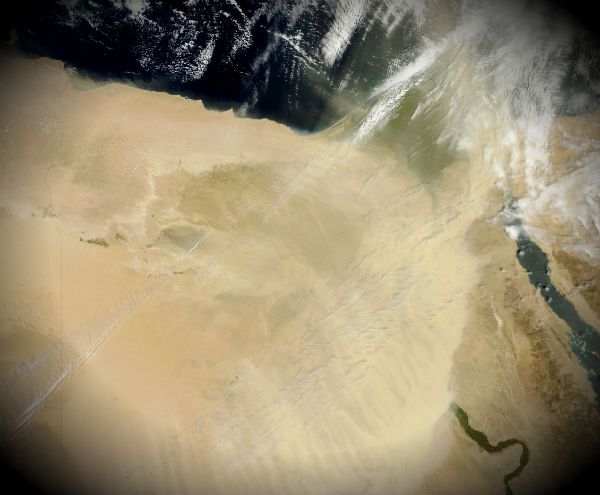 Air currents blow a plume of dust in an arched shape, towards the north and then counter-clockwise towards the southwest, over the northern part of the Persian Gulf. To the north of the plume, sediments from the Shatt al’Arab River can be seen entering the gulf, off the coast of Iraq. 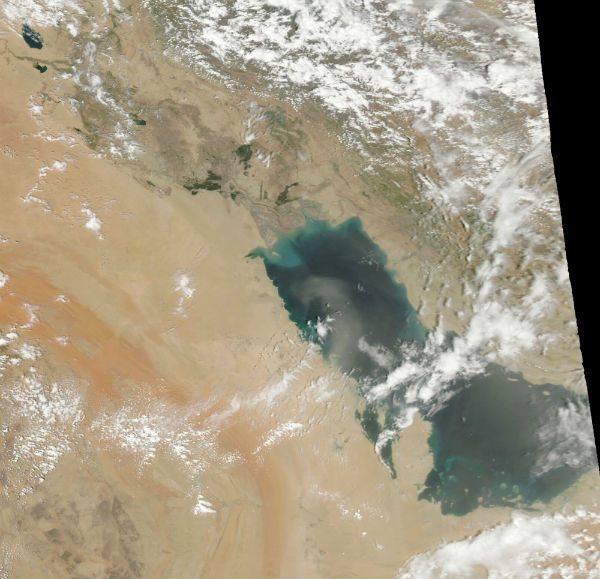 Dust plumes hovered over Iraq, dipping into northeastern Saudi Arabia, on April 17, 2012. The Moderate Resolution Imaging Spectroradiometer (MODIS) on NASA’s Terra satellite captured this natural-color image bellow the same day. The plumes extended mostly north-south over southeastern Iraq. Fine sediments fill the Tigris and Euphrates Basin, providing ample material for dust storms. Besides those river sediments, dust storms in the region can draw from vast sand seas on the Arabian Peninsula. Besides the dust storm, this image also shows a fire in Kuwait, discernible by the plume of dark smoke blowing eastward (image lower right). The fire broke out in a dump for used tires. 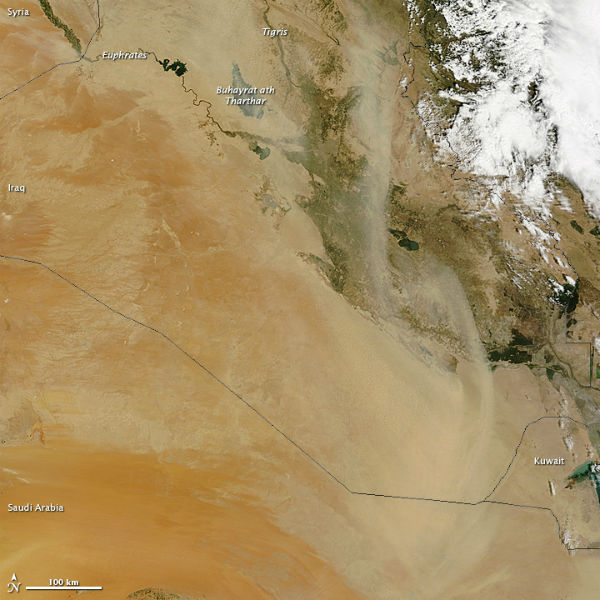 Dust can be seen blowing over the northern half of the Red Sea on this image bellow, between Egypt (left) and Saudi Arabia (right). The dust also creates a hazy effect over part of the Nile River in the lower left quadrant. Visible at the upper left is the fan-shaped Nile Delta. The grey patches of haze over the delta may indicate smoke from fires. 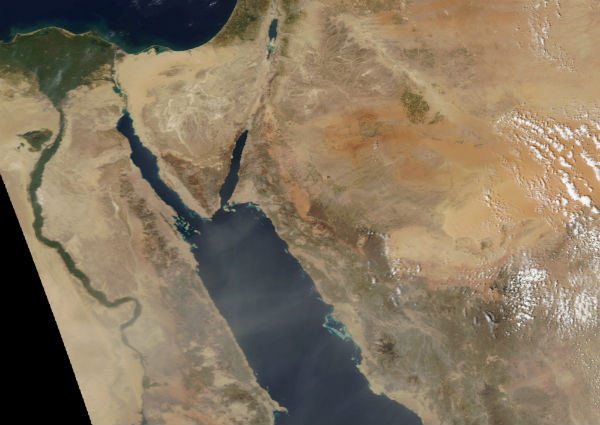 After dust blew off the coast of Libya and over the Mediterranean Sea for two days, a wall of dust moved eastward over Egypt. The Moderate Resolution Imaging Spectroradiometer (MODIS) on NASA’s Terra satellite captured this natural-color image bellow on April 18, 2012. The dust plume extended roughly north-northeast to south-southwest, and the dust was thick enough to completely hide the land surface below. On either side of the plume, skies were mostly clear—along the Libya-Egypt border, and over part of the Nile River Valley. A ghostly outline of the Nile Delta appeared through the northeastern edge of the dust storm.

Source points for the dust storm are not obvious in this image, but the dust likely arose from the rich sand seas of northeastern Libya and northwestern Egypt. A change in wind direction probably carried the dust toward the southeast after two days of moving the dust northward over the Mediterranean Sea. 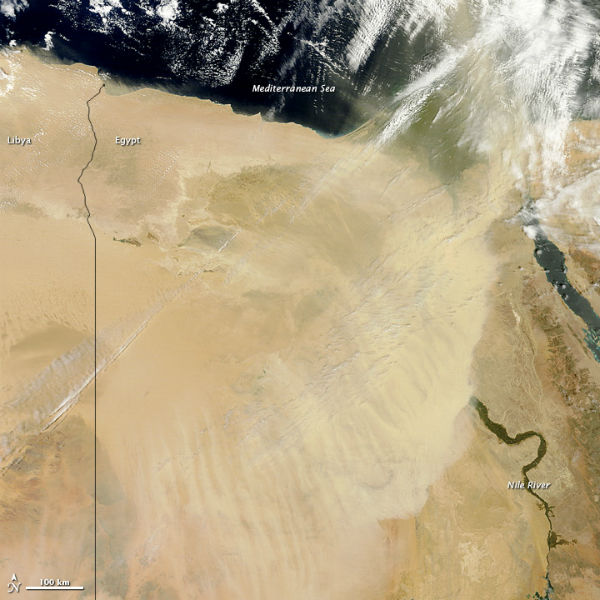 Dust from the Sahara Desert can be seen blowing in a northeasterly direction over the Libyan district of Misrata and off Libya’s northwestern coast, over the Gulf of Sidra. The dust does not quite reach the island of Malta, visible at the top edge. 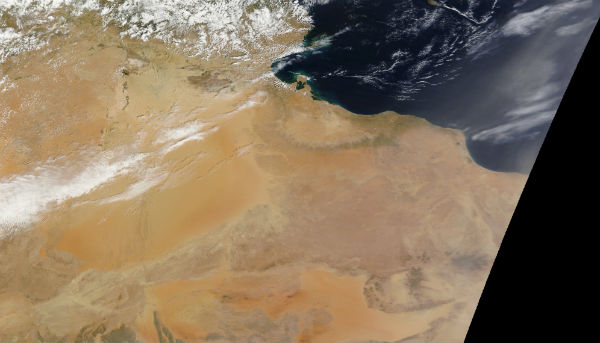 Dust blew off the Libya coast for the second consecutive day on April 17, 2012, as the Moderate Resolution Imaging Spectroradiometer (MODIS) on NASA’s Terra satellite passed overhead and took this picture bellow. Unlike the previous day, when the dust was thin enough to allow the satellite sensor a glimpse of the land below, the dust on April 17 obscured the coastline east of Banghazi (Benghazi). In this image, the coast is outlined in black.

A little larger than Alaska, Libya has no surface water, and instead taps underground reservoirs for irrigation. Sand seas stretch over the country’s arid interior, and dust storms rank among Libya’s most common natural hazards. 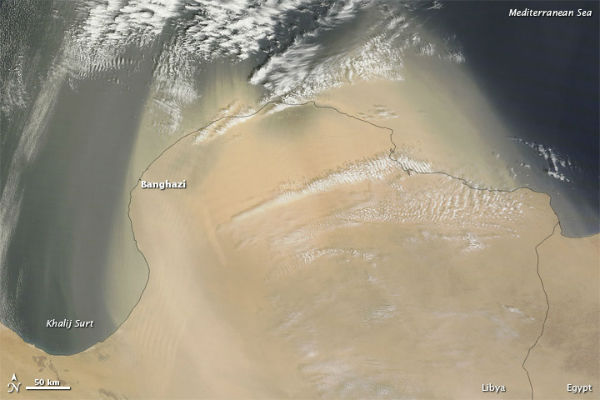