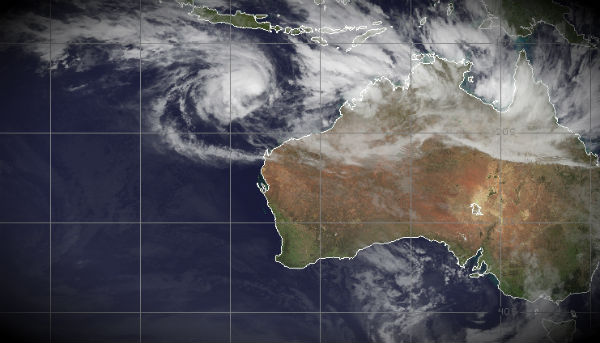 According to Australian Bureau of Meteorology, as of  2:00 am WST Tropical Cyclone Lua (Category 2) was estimated to be 700 kilometres northwest of Karratha, 790 kilometres northwest of Port Hedland and it is moving north at speed of 4 kilometres per hour. Lua is expected to intensify into a severe tropical cyclone during Thursday and remain intense as it approaches the coast. A Cyclone Watch is current for coastal areas from Cape Leveque to Mardie, as well as adjacent inland parts.

Tropical cyclone Lua formed off the northern coast of Western Australia. On March 13, it was a minimum tropical storm with maximum sustained winds near 35 knots (~40 mph/~65 kph) and was located about 240 miles west-northwest of Port Hedland, Australia. It was barely moving at 2 knots (~2 mph/~4 kph) to the west-northwest, but is expected to turn to the east-southeast. Forecasters at the Joint Typhoon Warning Center expect Lua to meander for a day or two before intensifying and making landfall in the Pilbara region sometime on March 16. 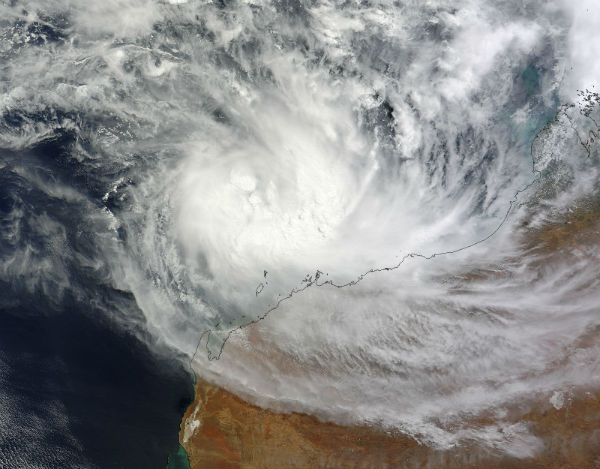 According to JTWC Tropical Cyclone Lua (TC 17S) is located 385 nm north of Learmonth and is moving east-southeastward at 2 knots over the past six hours. The initial intensity is assessed at 60 knots and is based on Dvorak estimates. Upper level analysis indicates TC Lua is 5 degrees equatorward of a ridge axis with a point source to northeast. The system is currently completing a turn to the southeast and is forecast to track southeastward under the steering influence of a deep layer ridge north of the Australian continent. Maximum significant wave height is 7 meters (23 feet). 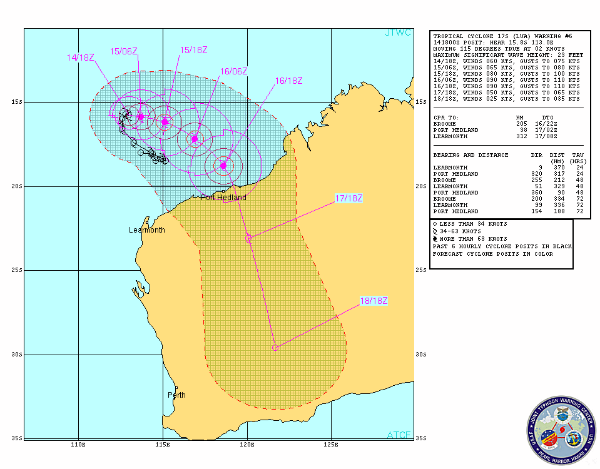 FESA-State Emergency Service advises that there are no community alerts at present. Communities between Mardie and Cape Leveque should listen for the next advice. 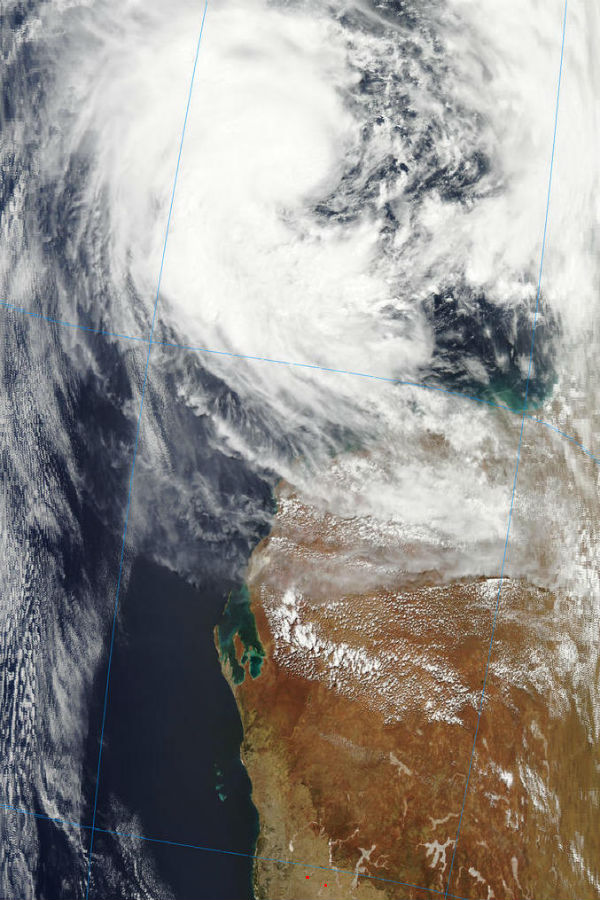 At 3:30am a TROPICAL LOW 997hPa was located over land near 15.8S 131.5E about 85 km northeast of Victoria River Downs and 175 km south-southwest of Katherine, moving east-southeast at 27 kilometres per hour. Strong and squally northwest monsoonal winds are affecting island and coastal areas north of the low. 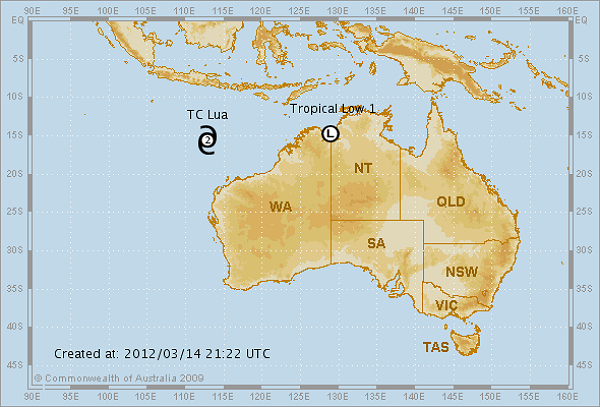